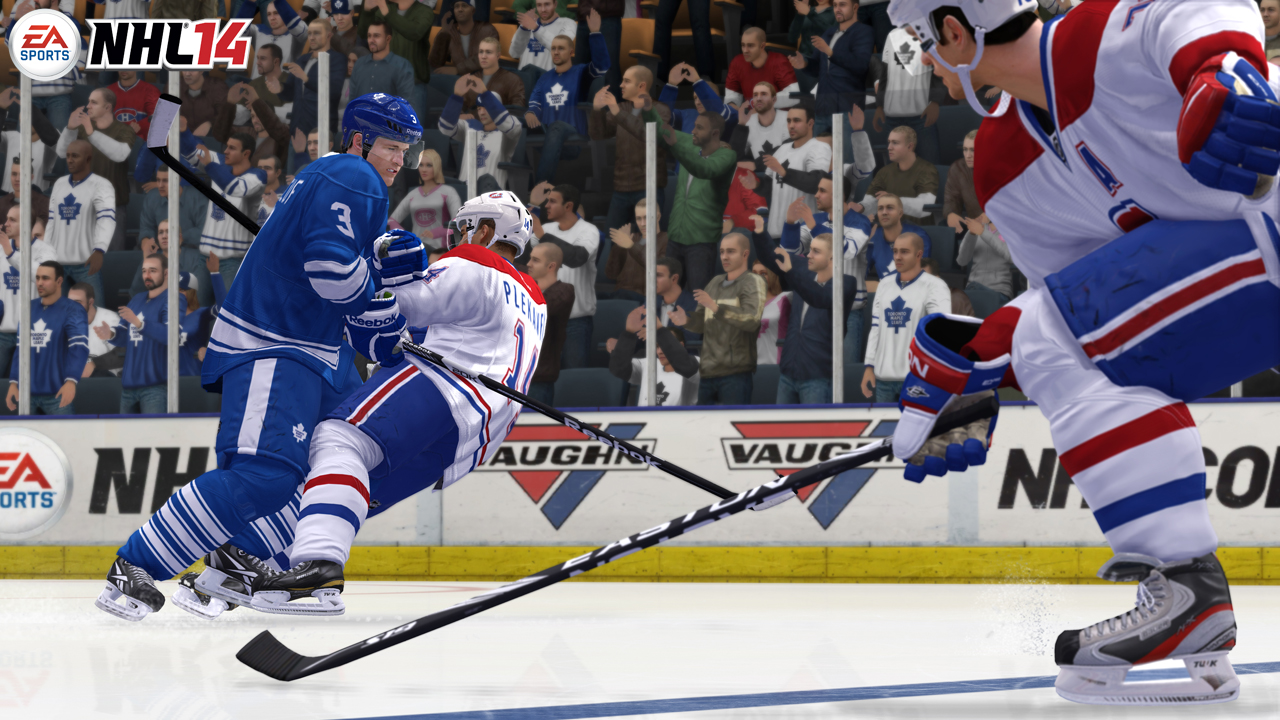 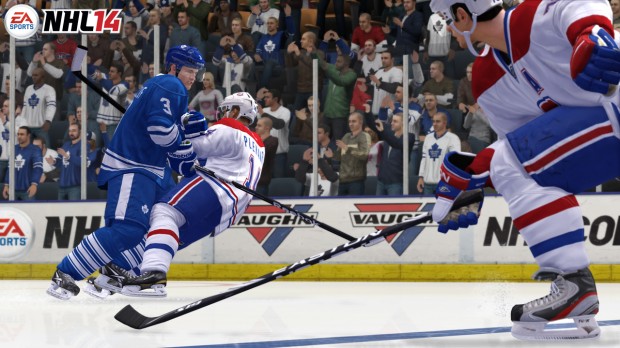 REDWOOD CITY, Calif. – April 15, 2013 – Electronic Arts Inc. (NASDAQ: EA) announced today the breakthrough features forEA SPORTSTM NHL®14 that are set to unleash the aggression, speed and skill of NHL hockey through the best technology of this console generation that EA SPORTS has to offer. Deliver game-changing hits with cutting-edge NHL® Collision Physics, built from EA SPORTS FIFA’s revolutionary Player Impact Engine. Drop the gloves with the all-new Enforcer Engine, powered by the same technology used in the critically acclaimed Fight Night franchise. Experience a new level of speed and control with the second season of the critically-acclaimed True Performance Skating engine, and dangle defenders with all-new One-Touch Dekes. In addition, fans can Live the Life of an NHL player in an all-new incarnation of the Be a Pro Career Mode, now featuring on and off-ice elements. NHL 14 will be available for the Xbox 360® video game and entertainment system, and the PlayStation®3 computer entertainment system. NHL 14 releases on September 10, 2013 in North America and September 13, 2013 in Europe.

“We’re very proud of the history of innovation that the EA SPORTS NHL franchise has produced on this console generation, and this year we’re amplifying that innovation by leveraging technology from teams like FIFA and Fight Night,” says Dean Richards, General Manager, NHL, EA SPORTS. “This year fans will feel the speed, skill and aggression of NHL hockey like never before, powered by some of the best EA SPORTS technology to create the best game we could ever imagine.”

The NHL 14 official trailer can be found here:

·         Enforcer Engine – Powered by the same technology used in the critically acclaimed Fight Night franchise, NHL 14 will bring a brand new third-person presentation to showcase the anatomy of a fight. All players on the ice (human or CPU) remain live from the drop of the gloves to the trip to the penalty box, with no break in the action. This new technology delivers, for the first time in the EA SPORTS NHL franchise, true size and strength differentiation between players, new jostling mechanics and much more to create the most authentic and electrifying experience yet.

·         One-Touch Dekes – Experience what it feels like to be a superstar through a new, more responsive deking system controlled only with the left stick and one-button. From beginner to advanced gamers, the system allows for quicker reactive dekes and intuitive combination dekes, creating more moves than ever before.

·         Live the Life – The new incarnation of the Be a Pro Career Mode, now you can truly Live the Life of an NHL player. On or off the ice, every decision you make shapes your legacy as an athlete. Interact with teammates outside of the rink. Take part in media interviews. Each choice you make will affect your relationship with fans, teammates and management, influencing your skills and progression.

·         HUT & EASHL Online Seasons – NHL 14 adds the best-in-class promotion and relegation system in the sports category to the Hockey Ultimate Team & EA SPORTS Hockey League modes. Win games and advance to the next division to face tougher competition, fall short and see your team bumped down. Teams will be able to track their progress across multiple seasons.

Create the greatest fantasy team in sports with NHL® 13 Hockey Ultimate Team. In a hockey world without career lengths or a salary cap, acquire and assemble top players from around the world, then take on friends or skilled opponents from a massive online community.

Beginning April 22, 2013, fans around the world can once again shape the face of the world’s #1 hockey video game franchise when the second annual EA SPORTS NHL® Cover Vote Campaign launches on NHL.com/covervote.