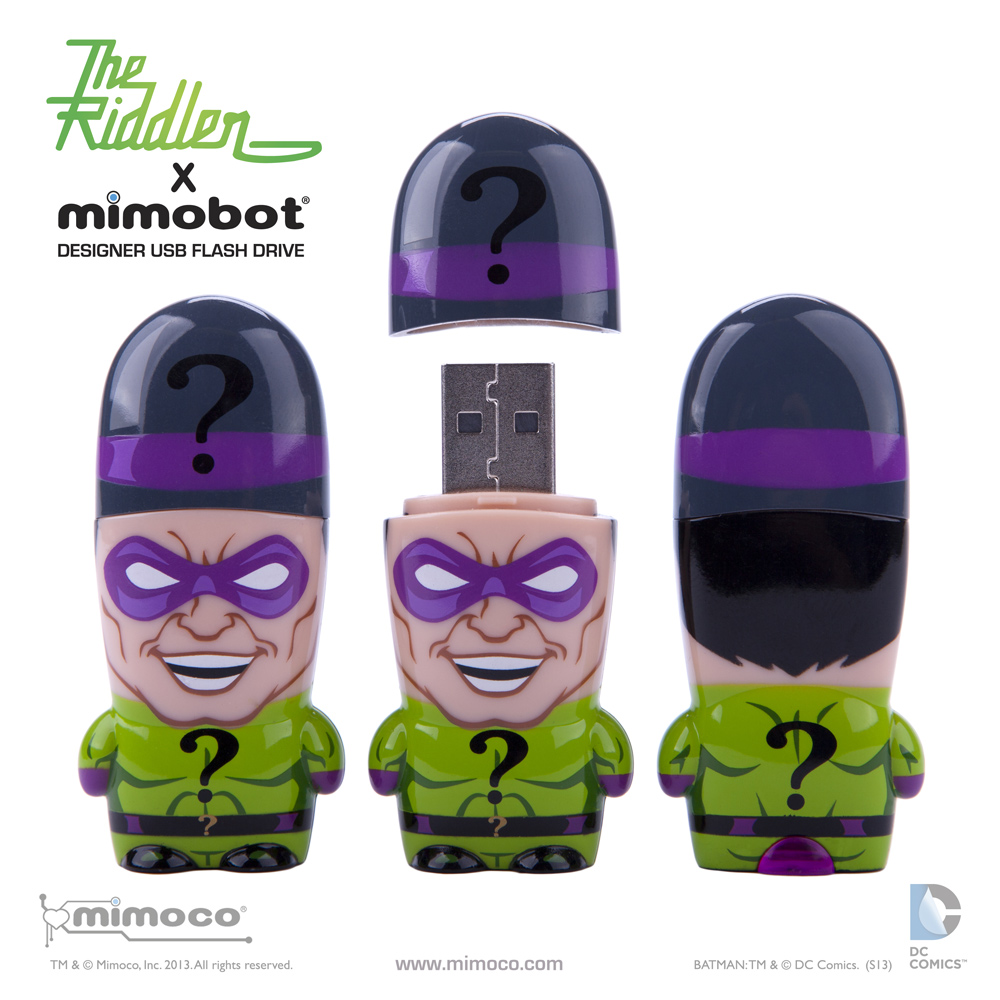 (BOSTON, MA – MARCH 22nd, 2013) — Mimoco, creator of the MIMOBOT® line of character-based designer USB flash drives, and Warner Bros. Consumer Products, on behalf of DC Entertainment, are proud to announce The Riddler MIMOBOT, the newest DC Comics villain character to be transformed into MIMOBOT USB flash drive form and function. The extremely limited-edition collaboration is the latest installment of the DC Comics X MIMOBOT® Series originally released at CES International 2011. The Riddler MIMOBOT is now available in a limited edition of just 2,000 hand-numbered pieces at www.mimoco.com, as well as on showcase at Mimoco’s PAX East Booth #1133, and at select specialty outposts on planet Earth.

Based on a classic styling of the elusive querying madman, question marks adorn his questionably classy three-piece suit. Joining a slew of DC Comics Super Heroes and fellow Super-Villains which include classic and collectible characters like Superman, Batman (Dark Knight Rises Edition), and The Flash (Drive), all deceivingly small DC Comics x MIMOBOT styles are now available in a spacious 128GB of data storage, and are offered in both USB2.0 and USB3.0 formats. The Riddler X MIMOBOT, as all others in the collection, comes preloaded with exclusive Mimory® content and our MimoDesk® personalization suite, which includes The Riddler-themed wallpapers, icons, and avatars.

“Who doesn’t love a great brain teaser?’” asks MIMOBOT advocate and generally curious human Jessica Smiley. “For once, we make The Riddler refrain from encryption – of your data!’”