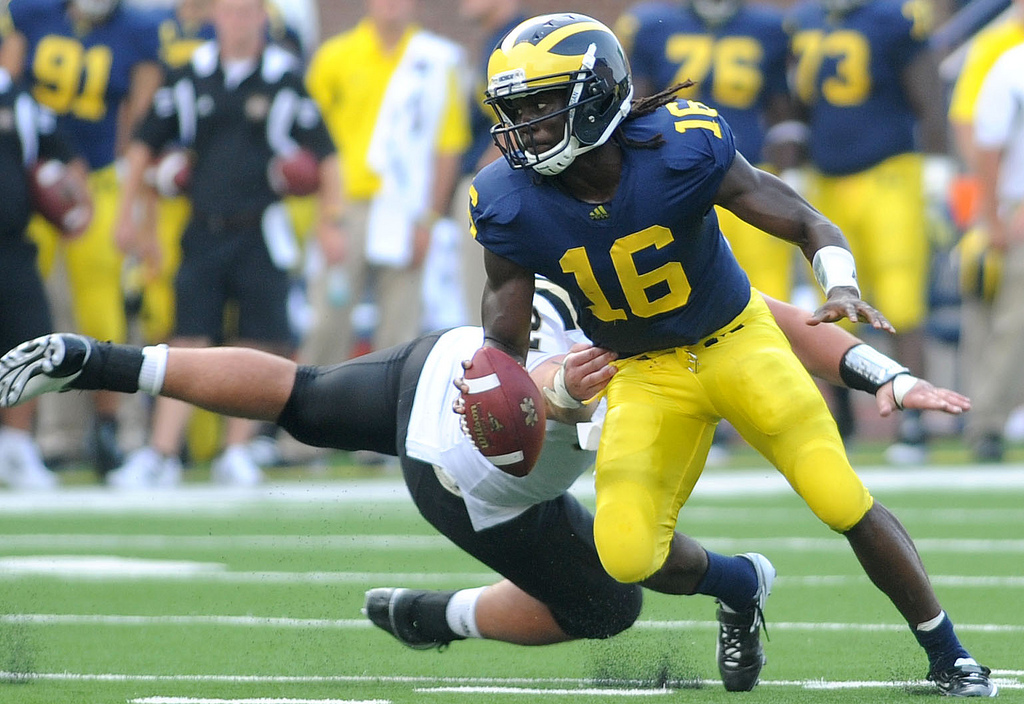 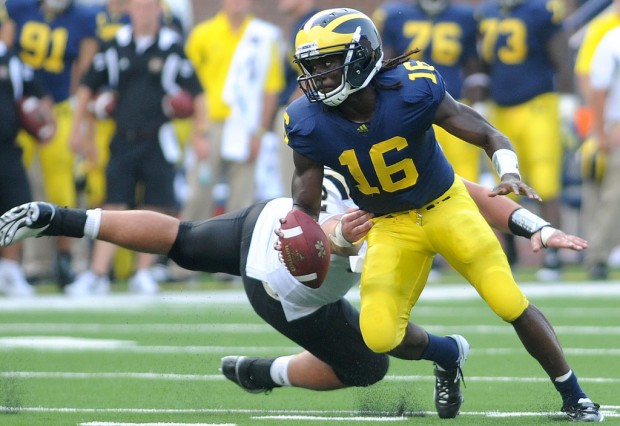 March 12, 2013 – The dust has settled and former University of Michigan quarterback Denard Robinson has emerged as the next NCAA Football cover athlete. Robinson faced a heated battle against Texas A&M wide receiver Ryan Swope in the finals, but was able to emerge victorious.

Once Robinson was announced as a potential cover athlete, the NCAA record-holder for most career rushing yards for a quarterback rushed to Twitter, Facebook and other social media outlets to encourage fans to vote. Denard had a little help from his friends, getting support from former Michigan wide receiver Roy Roundtree, Heisman winnerDesmond Howard and others.

Michigan proved to be a powerhouse throughout the Cover Vote, consistently placing amongst the top finishers in every round. The university utilized its classic traditions, devoted alumni and strong national recognition to secure its advancement through the early rounds, and then threw all its support behind Robinson once he was announced as a potential cover athlete.

Over the duration of the campaign the NCAA Football Cover Vote secured over 5 million votes from college football fans across the country. Fans showed their passion throughout the competition, coming out in support of their favorite schools and athletes and making this the most successful Cover Vote in franchise history.

Fans should continue checking the NCAA Football Facebook page in the coming weeks for more information on new features, exclusive assets, the announcement of the official release date and more.

NCAA Football is developed in Orlando, Florida by EA Tiburon, with trademarks licensed by IMG College’s The Collegiate Licensing Company on behalf of its partner institutions. For more information about NCAA Football, please visit http://www.easports.com/ncaa-football. Press assets are available at http://ncaafootballcovervote.newslinevine.com/.