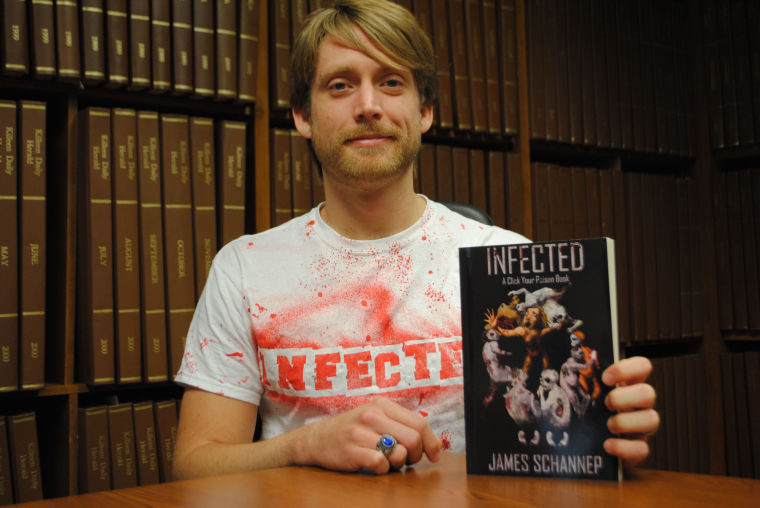 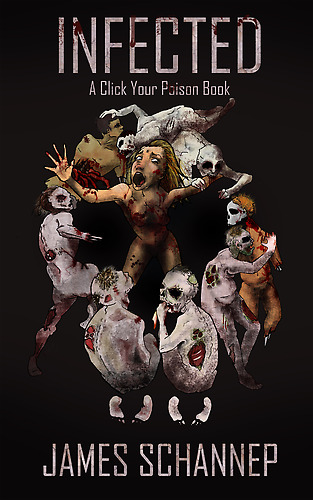 On occasion, we do a review of a digital book here on GamingShogun.com. Usually, they involve some geekdom our readers and team have a particular fondness for.  In this case, the book I recently read was “Infected” by James Schannep and it combined two great ideas: choose your own adventure in a digital format and zombies.

3 Unique Storylines. Over 50 Possible Endings. Just one question… Will YOU Survive the Zombie Apocalypse?

Here’s how it works: You, Dear Reader, are the main character of this story. Live, die, and rise again based solely on the merit of your own choices. Each link represents a choice, and there’s no going back, so choose wisely.

Everyone has their plan; what they’d do to survive if and when the zombie apocalypse happens. Now you can see how you’d hold up against the legions of undead—without needing to call the CDC because crazed bath salts users are trying to eat your face off.

Giving It A Read:

Back when I was growing up the “Choose Your Own Adventure” book series were at their height of popularity and covered just about every genre you could think of – targeted at all ages and genders.  There were literally hundreds of them and I tore through tons of them and kind of missed them when they went by the way.  They now seem to be making a comeback thanks to the technology of Kindle books enabling you to follow the links to the next chapter and as long as you remember the name of the previous chapter it lets you go back in case you don’t fair so well in your choices.  It also stops you from cheating and peeking at the pages in between or reading the first line and picking the other choice instead.  I used to have a solid photographic memory so I would spoil the books for myself sometimes by glancing the pages in between.  So thanks to technology, an old idea is getting new life breathed into it.

What better choice for a subject than zombies?  Who doesn’t think of their own survival plans if an apocalypse were to break out?  I have already picked out a Super Walmart on a hill above the snowline less than ten minutes from my house to make my stand.  James Schannep chose this great topic to make one of his Click Your Poison Kindle books and he rides the nice line between comedic and realistic scenarios really well.  He does a great job with dialogue, which is one of the most surprisingly difficult things to work out for most writers.  Schannep also makes sure to not go too stereotypical in his character descriptions and actions and what sounds like a great plan without too much thought will show you that even the simplest move can turn fatal in a zombie apocalypse.

Infected is definitely a multiple read book not just because of the different possible choices but because of how well each one is written.  If you wind up picking it up make sure to read the chapter titles too, not only are they usually funny and punny but they give you a hint of what to expect in the pages to come.  If you happen to become zombie food remembering your previous chapter also helps prevent you from having to start from scratch, which I did a couple times just for the fun of it.

James Schannep embraces the old tradition of the choose your adventure and the newer technology of the Kindle and makes a zombie book for all ages.  The humor is fun and sometimes sick definitely fitting the subject matter and the audience.  Do yourself a favor and pick up Infected to see how well you will REALLY do in the zombie apocalypse.