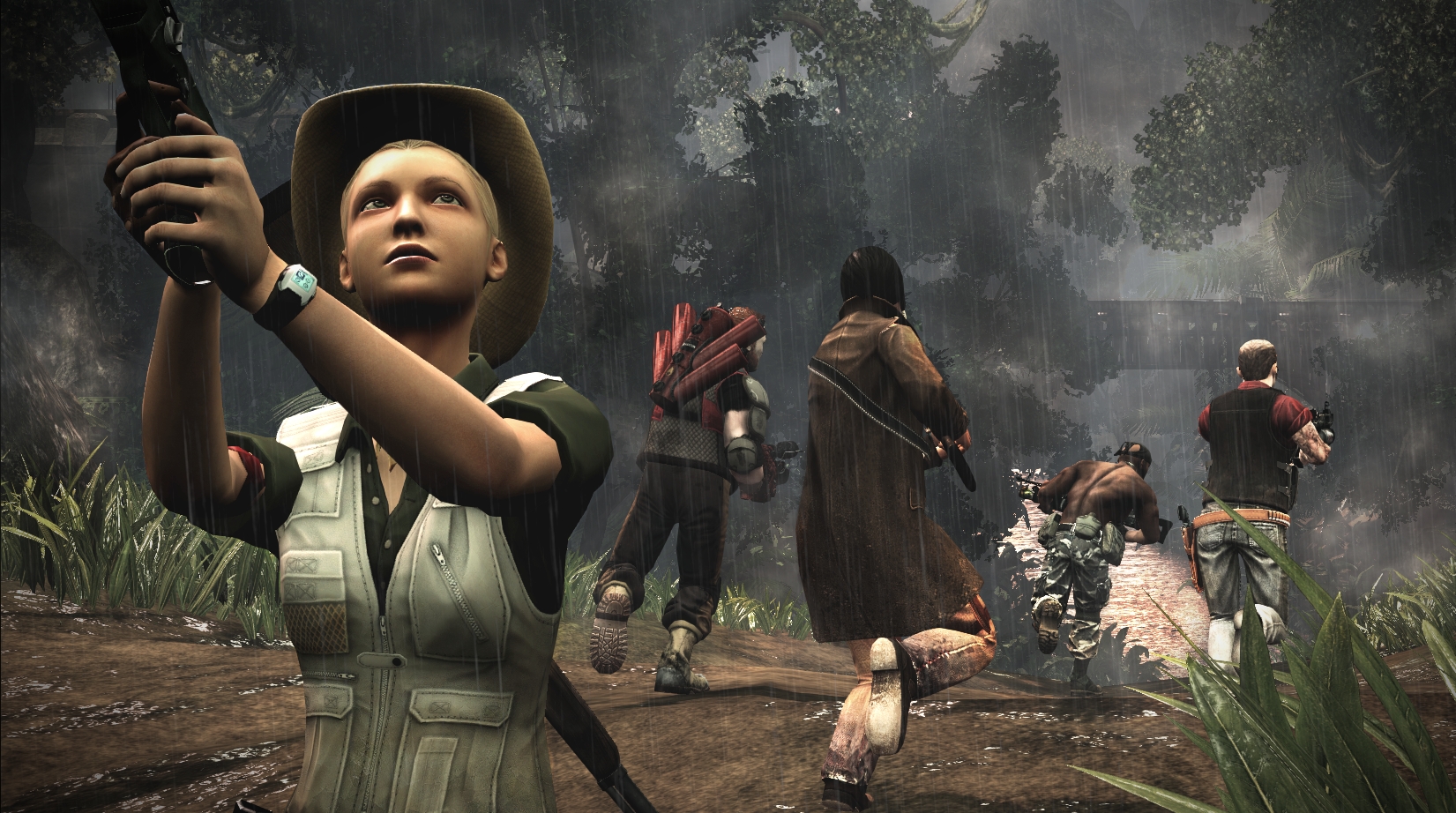 Primal Carnage Get to the Chopper Free DLC Launch Screens

JANUARY 22, 2013 — The thrilling new take on this popular dino-centric shooter — created by developer Lukewarm Media — compels the Human team to intelligently work together and make their way to an extraction helicopter that will save them from the horrors of the island. The task of reaching the chopper isn’t as simple as it sounds: The local prehistoric residents — including the new dinosaur the Spinosaurus — have no intentions of allowing anyone to leave in one piece.

Humans must make their way as a group toward set checkpoints through dinosaur-infested territories, holding off ambushes and vicious assaults from all angles before securing their escape in a waiting helicopter. The new “Get to the Chopper” objective-based game mode launches on the new jungle-themed Downpour map, which challenges players to radio into the helicopter pilot at one checkpoint and turn on a fuel valve at another before making a mad dash to their rescue awaiting them at the landing pad. In addition, the DLC also includes a modified Docks map, with additional maps to follow.

The new Spinosaurus is a fearsome predator who makes its first appearance in the “Get to the Chopper” DLC during the climactic rush to the chopper. The Spinosaurus is therefore the ultimate obstacle standing between humans and salvation. With a fearsome one-hit kill bite and vicious claw attacks, it can dispatch minuscule humans swiftly and efficiently. The Spinosaurus will also be available this month as a paid skin for Team Deathmatch maps. 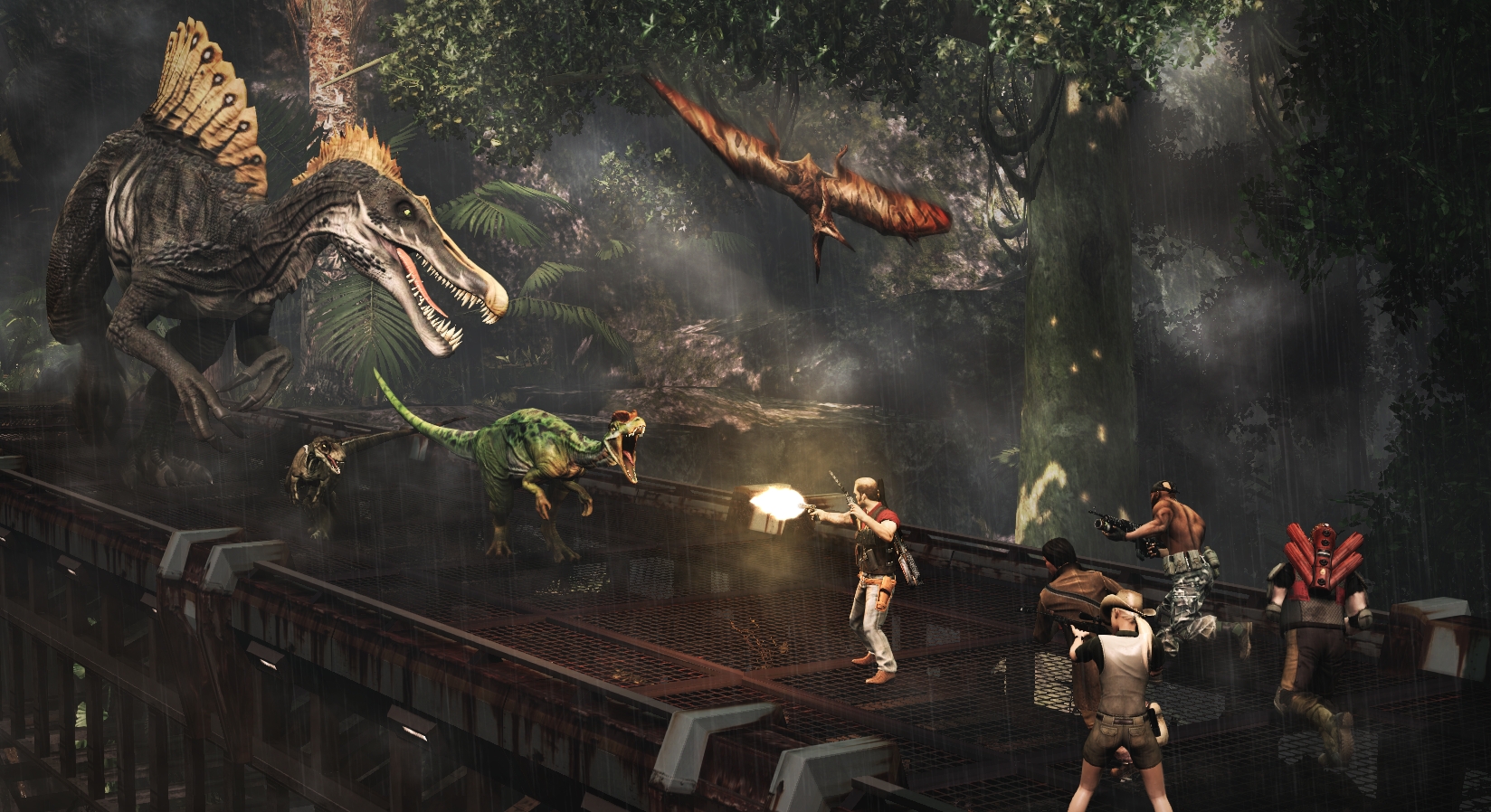