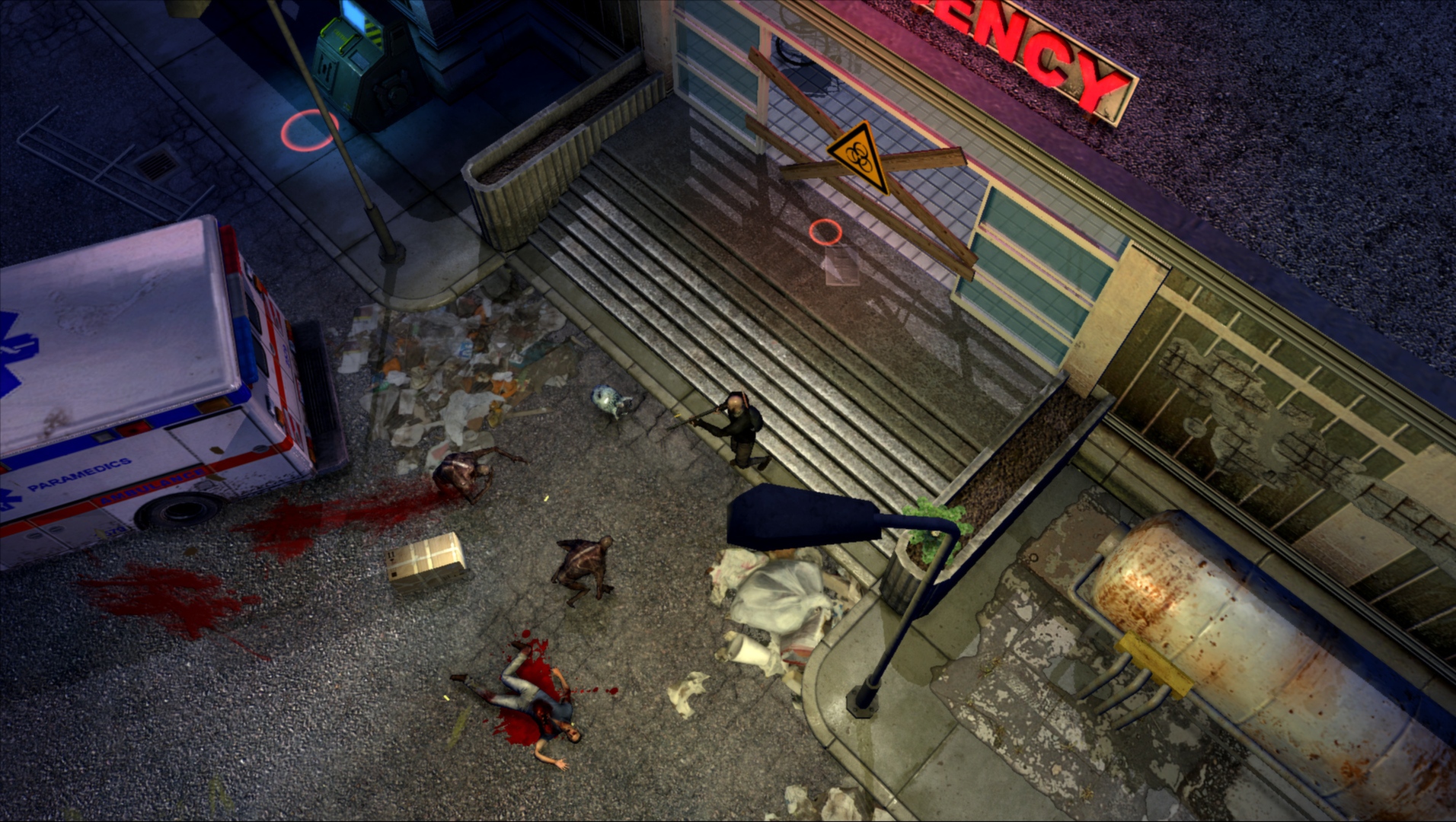 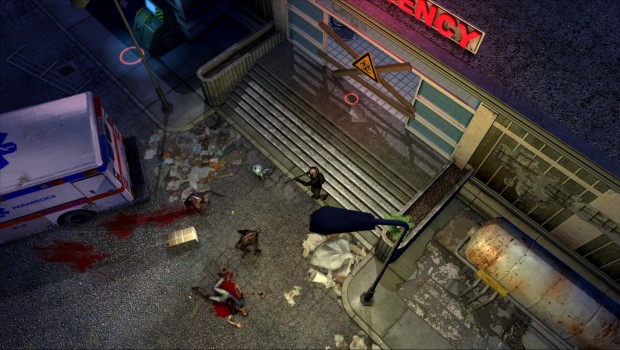 DnS Development has brought us yet another game about the end of the world, named Primal Fears.  Primal Fears is an isometric shooter that pits you against wave after wave of monsters after the world has completely collapsed.  Unfortunately, there isn’t anything here in Primal Fears that I can recommend.  The story is almost non-existent, which makes the world less interesting to play in, and the game play itself is extremely frustrating due to the toughness of the enemy.  You end up spending more time backtracking, shooting swarms of monsters and trying to survive, then  you do actually exploring your surroundings and learning about what has transpired.

Primal Fears is another game about some sort of apocalypse here on Earth.  Life as we know it has ended, and it is up to you now to survive the aftermath of the complete collapse of civilization.  This time, civilization was brought down by the love child of the Flood and some sort of zombie-vampire hybrid.  I have no idea what these things are actually supposed to be, because the game never once sets up the story line for Primal Fears.  The game literally just drops you off into an area, and then sends swarms of these monsters to eat your face.  Occasionally, you will find newspaper clippings, but these don’t add much more then just hints to what has happened since you can only read the headlines.  These headlines, by the way, are way to vague to be of any use in piecing together any type of narrative for Primal Fears.

Any type of narrative that Primal Fears has must be inferred by the player.  This leads to way too many questions during game play about the story.  I have no clue what these monsters where, who my character was, why I was even in these maps instead of some place else, or what my objective was.  This complete lack of narrative really took me out of the game from the beginning, and just continued to loose me all the way through.  You can have games with little to no narrative, and the game will still be fun due to great game play, but Primal Fears even failed on that level.

Primal Fears is a shooter in the same vein as Smash TV or Loaded from the original PlayStation   You control the character by using the WASD keys for movement and the mouse for aiming your two guns.  You begin the game with a shotgun and a semi automatic rifle, along with two grenades.  As you kill monsters in the map, you gain cash.  This cash can be used to upgrade your weapons and by ammo at various vending machines located through the map.  During playing Primal Fears, I kept wondering where these naked monsters were keeping this cash that I kept picking up, and why the hell did a hospital have a gun vending machine in it’s lobby.  In today’s current gun control discussions, I had a pretty good laugh imagining gun vending machines being located throughout our cities today and the outcry that would cause.

What was really frustrating about Primal Fears was the insane amount of damage these monsters could take.  Even the little ones on normal wouldn’t die until after four shots from the semi auto rifle, and these things usually came in wave of three or four.  The game would also have set event pieces where it would literally surround you with two swarms of about fifteen of these little guys, with a couple of their bigger and badder older brothers.  You end up running backwards the whole time, trying to put space between you and the enemy as you slowly kill them one by one.  Inevitably, your blood will cover the floor as they just take you apart, and this was just inside the first room of the first level that this would happen.  I am all for hard games, I have finished Ninja Gaiden and Dark Souls, so hard games don’t turn me off.  However, for people to return to a hard game time and time again, there has to be a draw to it.  In those two examples I mentioned, it was the story that would bring me back for more punishment, in Primal Fears, there isn’t a story line so there isn’t anything to bring me back to try again.

Primal Fears looks mediocre at best when it comes down to it.  Your character has a flashlight that helps add some ambiance to some of the darker rooms, but besides that there isn’t anything special about the visual aesthetics.  The technical graphics are middle of the road, and the design of the game is pretty generic.  Sound direction and quality of Primal Fears is actually the best thing about the game, especially if you are wearing headsets.  I can hear the swarms coming from different directions, which adds to the survival horror feel of the game, but then the game play kicks in and I’m left feeling frustrated and looking to head to a better game.

Primal Fears by DnS Development isn’t a bad game, it just isn’t a good game.  Primal Fears commits the video game sin in believing that the game itself did not need a story to save it and relied on the game play to keep players coming back.  However, the game play of Primal Fears is just as frustrating as the lack of any type of narrative and really put me off of the whole experience.  I spent way too much time running backwards, emptying out my gun on enemies that just would not die.  Each map was at least some what interesting, however, a lack of any type of objective left me wondering why the hell I was visiting these places to begin with.  If you are looking for a shooter that is similar to the good times you had with Smash TV, I would just recommend replaying Smash TV and leave Primal Fears alone.