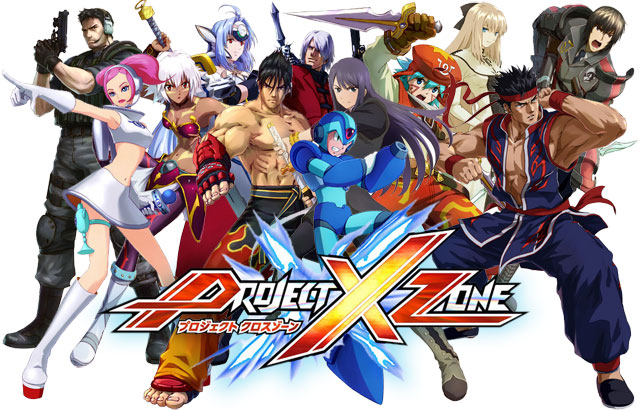 SAN JOSE, Calif., (January 21, 2013) – Leading video games publisher and developer NAMCO BANDAI Games America Inc. today announced that Project X Zone™ (working title) will be coming to challenge gamers in both North America and Latin America in the summer of 2013, exclusively for Nintendo 3DS™ system. This epic crossover title brings together the fiercest and most popular legacy characters from NAMCO BANDAI, SEGA®, and Capcom’s most beloved franchises to create a Strategy-RPG experience that can only be described as the ultimate cross-over title.

Developed by Banpresto and Monolith Soft, Project X Zone features over 50 characters from 29 historic game franchises by three of Japan’s most prolific video game companies. In Project X Zone players will use a team of two characters known as a Pair Unit to explore the world within the game. An additional character known as a Solo Unit can be combined with the Pair Unit to assist in battles with Solo Attacks as well as augment the attacks available for players to execute. Throughout the game, epic battles are waiting to erupt at a moment’s notice. Players will have to master an array of screen-busting moves including Solo Attacks, Support Attacks, Cross Hits, and Finishing Moves in order to defeat a multitude of foes.

“Project X Zone is the first title to ever combine such a large cast of characters from a varied list of game franchises into one grand adventure,” said Carlson Choi, Vice President of Marketing NAMCO BANDAI Games America Inc.  “Developing a cohesive game and storyline to encompass all of these great characters and their battle-styles was a huge challenge that has paid off greatly with the creation of a truly unique and groundbreaking gaming experience.”

Project X Zone takes place in a world surrounded by a hidden chaos with shadows and evil lurking beneath the peaceful cover of everyday life. When a rift in time and space suddenly appears, a doorway to various universes is opened allowing both heroes and villains from different worlds to cross paths. Players will be able to take control of a huge selection of paired heroes including favorites such as Jin and Xiaoyu (TEKKEN), Toma and Cyrille (Shining Force™ EXA), to X and Zero (Mega Man® X) and discover the cause of the rift and stop evil from coming through and spreading into their world.

Project X Zone will launch the summer of 2013; exclusively for the Nintendo 3DS system. For more information about Project X Zone or other NAMCO BANDAI game titles, please visit: http://www.namcobandaigames.com.