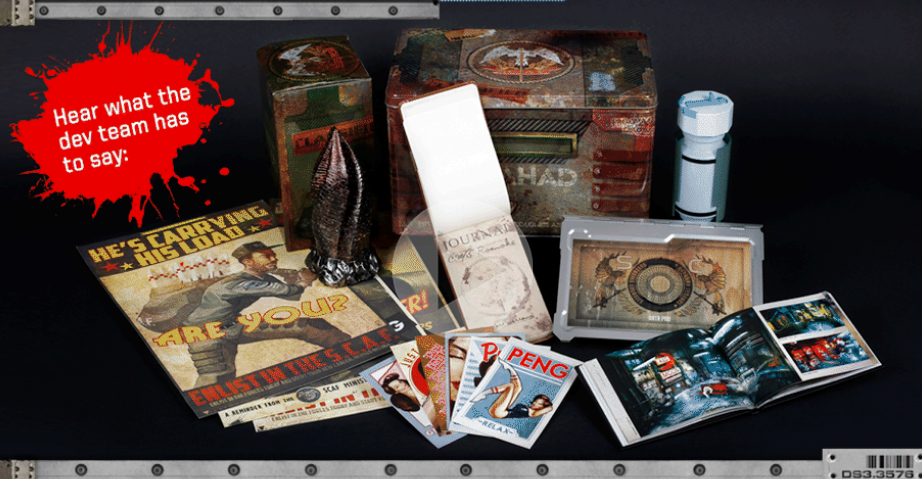 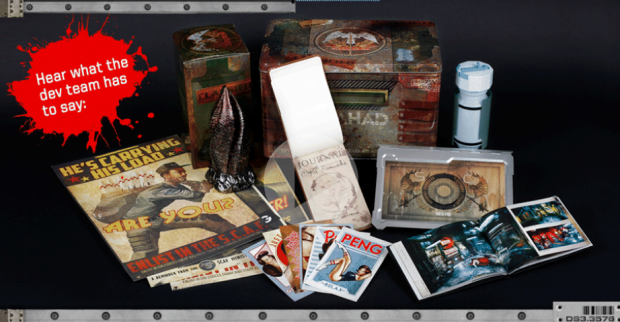 January 14th, 2013 — Want a more personal look into the creation of the first big entertainment launch of 2013, Dead Space™ 3? In partnership with Treehouse Brand Stores, the Dead Space 3 development team at Visceral Games has assembled an insider look for fans into the clues, art and inspiration behind the highly-anticipated game that CNET says “is back and promises to be more terrifying than ever.” Available when Dead Space 3 launches on February 5, 2013, the Dead Space 3 Dev Team Edition delivers exclusive merchandise and is available for presale* with the game for $160 (North America only) or without for $100 at http://deadspace3devteamedition.com/. Gamers that want to take down the terror before the game launches can do so by playing theDead Space 3 downloadable demo starting January 22 on Xbox LIVE® Marketplace and January 23 on the PlayStation® Network.

“We’re super excited to team-up with Treehouse and make something extra special for gamers that have been supporting us since the first Dead Space game,” says Steve Papoutsis, VP and GM of Visceral Games. “We, as a development team, really wanted to put our personal touch on these exclusive items so that they feel authentic and meaningful to our passionate fan base.”

Dead Space 3 will be available on February 5, 2013 in North America and February 8, 2013 in Europe for the PlayStation®3 computer entertainment system, Xbox 360® video game and entertainment system and the PC. Follow us on Twitter at:www.twitter.com/deadspace or become a fan on Facebook at www.facebook.com/deadspace. For additional information and news, visit www.deadspace.com.