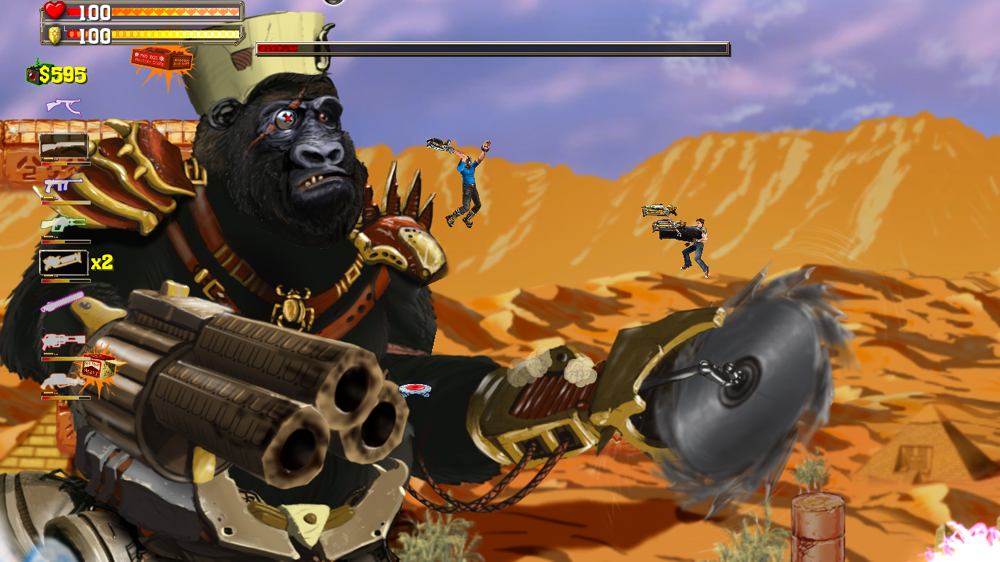 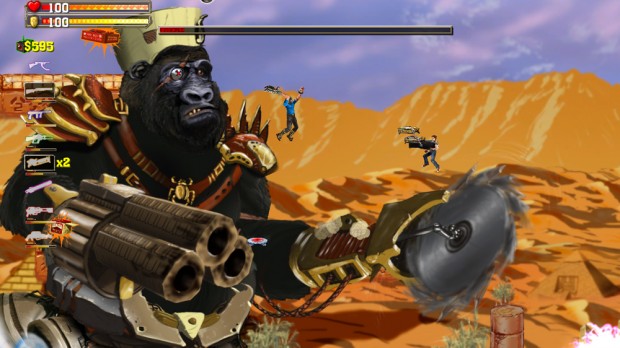 Serious Sam Double D XXL has been rebuilt and reloaded with all-new features, missions, and weapons with a wild campaign cooperative mode featuring titular Serious Sam and his brother-in-arms, Dan “Huff” Huffington. The revolutionary Gunstacker goes even deeper with over 30 new guns to mix and match for some of the most ridiculously awesome action ever to grace Xbox LIVE Arcade.

“The Serious Sam fans have been great to us so we’re all pretty excited to bring the madness of Serious Sam Double D XXL to a new audience through Xbox LIVE Arcade,” said Nathan Fouts, founder and lead designer at developer Mommy’s Best Games.

“The Devolver Digital team has admired Mommy’s Best Games’ games since their releases on the Xbox LIVE Indie Games channel,” notes Fork Parker, CFO of Devolver Digital, co-publisher of Serious Sam Double D XXL. “It’s pretty magical to see their first release on Xbox LIVE Arcade and we’re proud to be a part of it all.”

Serious Sam fans can follow development updates and news for Serious Sam Double D XXL at the official Facbook fan page at facebook.com/SeriousSamDoubleDXXL and on Twitter via @DevolverDigital.