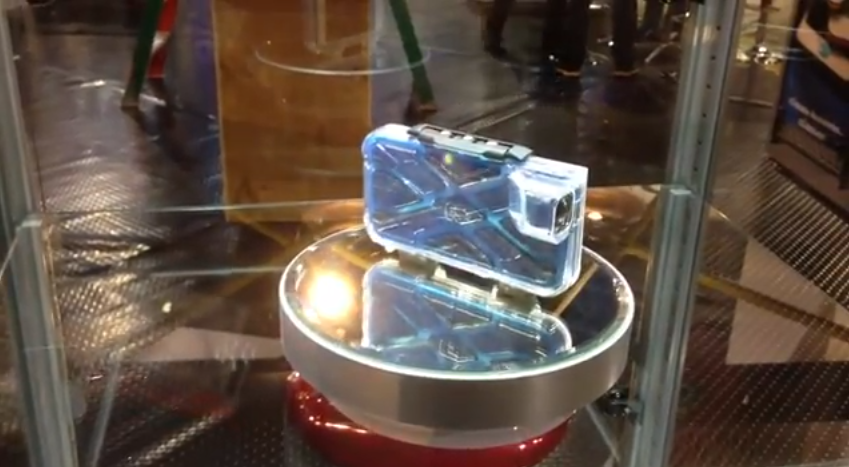 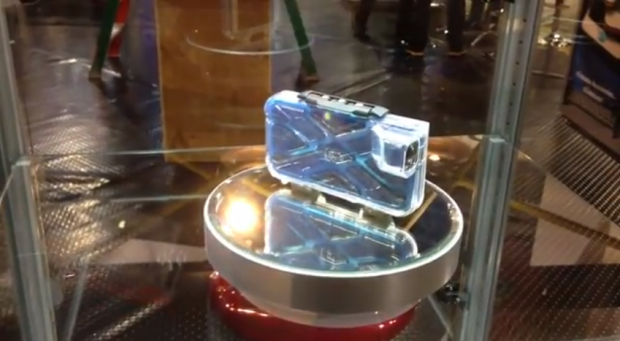 LAS VEGAS – Jan. 10, 2013 – G-Form, a company known for its revolutionary impact absorbing Reactive Protection Technology (RPT) offering protection for both athletes and electronic devices, debuts the G90 case for the first time at CES 2013. After a year of research and feedback from extreme hard core athletes, G-Form was able to manufacture the world’s first case to truly turn any smartphone or iPod touch into a sports action camera. The G90 case integrates unique, multiple proprietary and patent pending technologies allowing smartphones and iPods to be flat mounted as extremely low profile, aerodynamic and sleek as sports action cameras, rivaling and exceeding the other well known sports cameras on the market. www.youtube.com/G90

G-form’s patent pending technology allows smartphones or iPods to take images at a 90° angle while mounted flat. The same technology also allows the lens of the device to simultaneously increase the field of view to capture all the action in a 140º wide angle format. The G90 case attaches to almost any surface and offers both a full waterproof enclosure and skeletal back. The case can aerodynamically adhere to a helmet, skateboard, surfboard, bike handlebar and more making it far less intrusive than any sports action camera on the market. The G90 is even capable of taking video from the underside of a skateboard where no other sports action camera can go.

G-Form has incorporated its RPT® impact technology to the G90 case to ensure the enclosed device receives the best possible impact protection available. G-form has dropped an RPT® protected iPhone from near space with zero damage and the same technology is at work in the G90. Additionally, the G90 brings the computing power of your smartphone together with the sports camera to let you run powerful apps while users edit, share or live stream via Wi-Fi or Bluetooth directly from the device.

“The G-form G90 is like no other product on the market,” said Rick Garrard, G-form’s director of research and development. “It literally transforms a smartphone or iPod into a true sports action camera – without compromise. Many people have tried to use smart phone or iPod as sports cameras with cases and mounting systems, and it just doesn’t work due to the very awkward non-aerodynamic shape of the devices in normal video orientation and the narrow field of view – not to mention the risk of breakage. The G90 case solves all those problems.”

The G90 case will be available beginning June 2013 for a variety of devices including Samsung S4, iPhone 5, iPod touch gen. 5, and more.

About G-Form
G-Form is committed to making the worlds most advanced protective gear using state of the art technology. Founded by athletes who use the products themselves and compete, G-Form uses Reactive Protection Technology or RPTTM, which is a composite blend of PORON®XRD™ material and proprietary G-Form materials and technology. Impact Protection, Revolutionized.