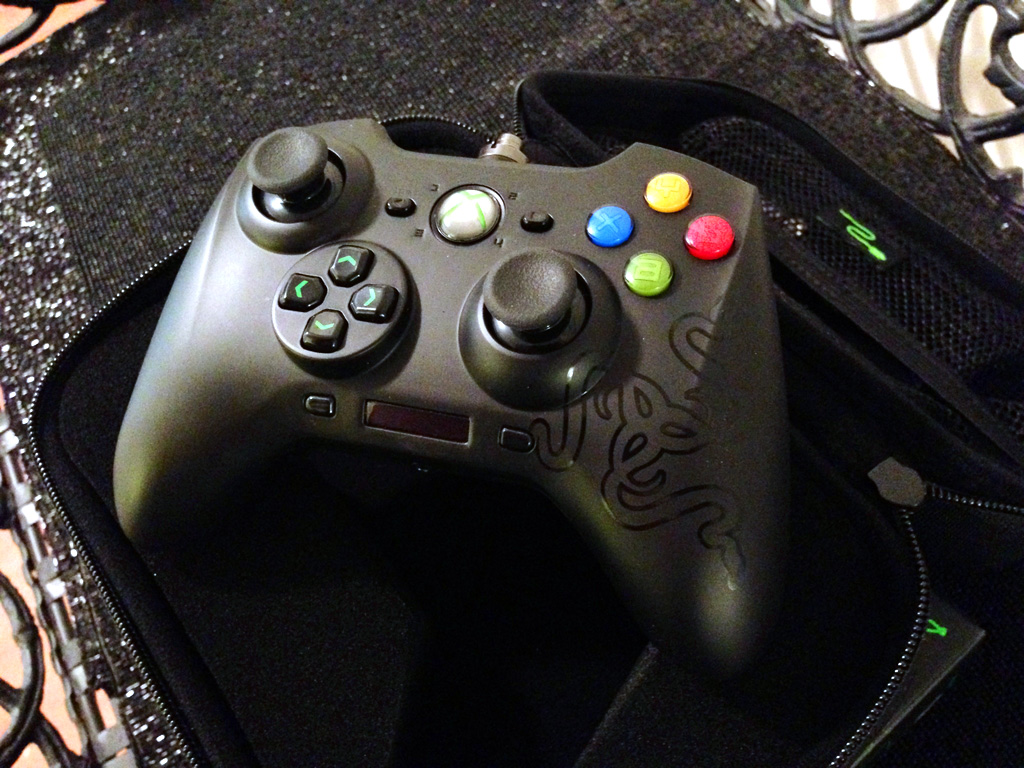 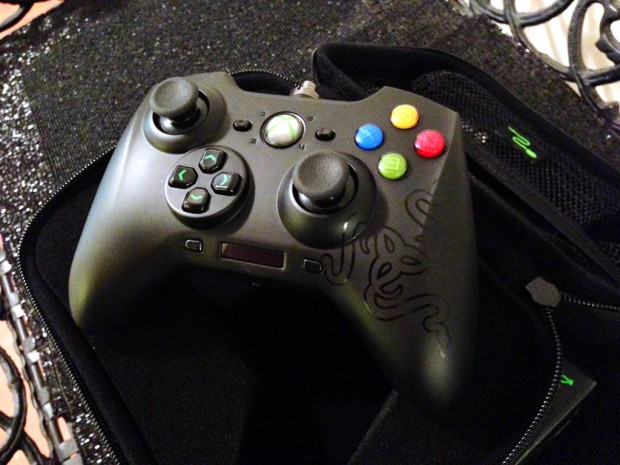 The Razer Sabertooth is an extraordinary Xbox 360 controller. Six additional remappable buttons – two at each shoulder of the controller and two removable rocking switches at the bottom – allow gamers to re-bind any choice of buttons on the controller for easy access. A built-in OLED screen is also included, which allows customization of the controller’s many features. Gamers may remap the multi-function buttons, adjust the analog stick’s sensitivity and save profiles: the display visualizes their modified preferences.

Further to its customizability, users are able to reconfigure controls found elsewhere on the device to the multi-function buttons ergonomically positioned at their fingertips. Overall, the design of the Razer Sabertooth increases actuation speed, reduces fatigue, and encourages natural hand posturing for a more precise and comfortable gaming experience, giving console players the competitive edge they crave.

When it comes to tournament-grade gaming, a durable, reliable controller is paramount in keeping up with the competition. From the selection of materials used for the buttons, triggers and analog sticks, to the stringent quality control checks, processes are put in place to ensure that the Razer Sabertooth continues to dominate, game after game.

Also featured is a fully detachable, lightweight cable that securely screws onto the controller. The included carrying case lets gamers store the Razer Sabertooth, along with the braided fiber cable, for transport without worrying about breakage.

The Razer Sabertooth was developed with professional eSports teams and players. Gaming powerhouses such as Team Epsilon, Quantic Gaming and Team Prophecy have been involved in the validation of the controller, and have also been training with the Razer Sabertooth for upcoming tournaments.