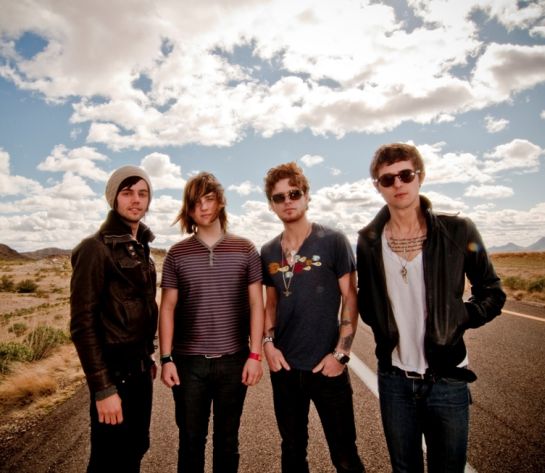 Rock into the New Year with new singles available on the Rock Band Music Store on January 1st! Party advocate Andrew W.K. makes his debut in Rock Band with his hit single “Party Hard,” which appeared on his major-label debut record, 2001’s I Get Wet. Pop rockers Hot Chelle Rae also make their debut this week with the lead single from the band’s second album, 2011’s Whatever.

Fun.’s “We Are Young,” featuring Janelle Monáe, and P!nk’s “Raise Your Glass” will also be available as singles for download. These tracks originally appeared as part of Rock Band Blitz, available now for PlayStation Network and Xbox LIVE Arcade!

The Rock Band Music Store allows players to preview and purchase downloadable individual music tracks and packs from the vast selection of offerings available to date without ever leaving the game as they build their own custom Rock Band library.  The complete list of tracks can be found at www.rockband.com/songs. Additionally, players on the Xbox 360 can browse and purchase tracks in the standalone “Rock Band Music Store” application within their Xbox 360 dashboard, or they can be purchased online at Xbox.com.

Microsoft, Xbox, Xbox 360, Xbox LIVE, and the Xbox logos are trademarks of Microsoft Corporation in the United States and/or other countries.

Wii and Nintendo DS are trademarks of Nintendo. © 2006 Nintendo.