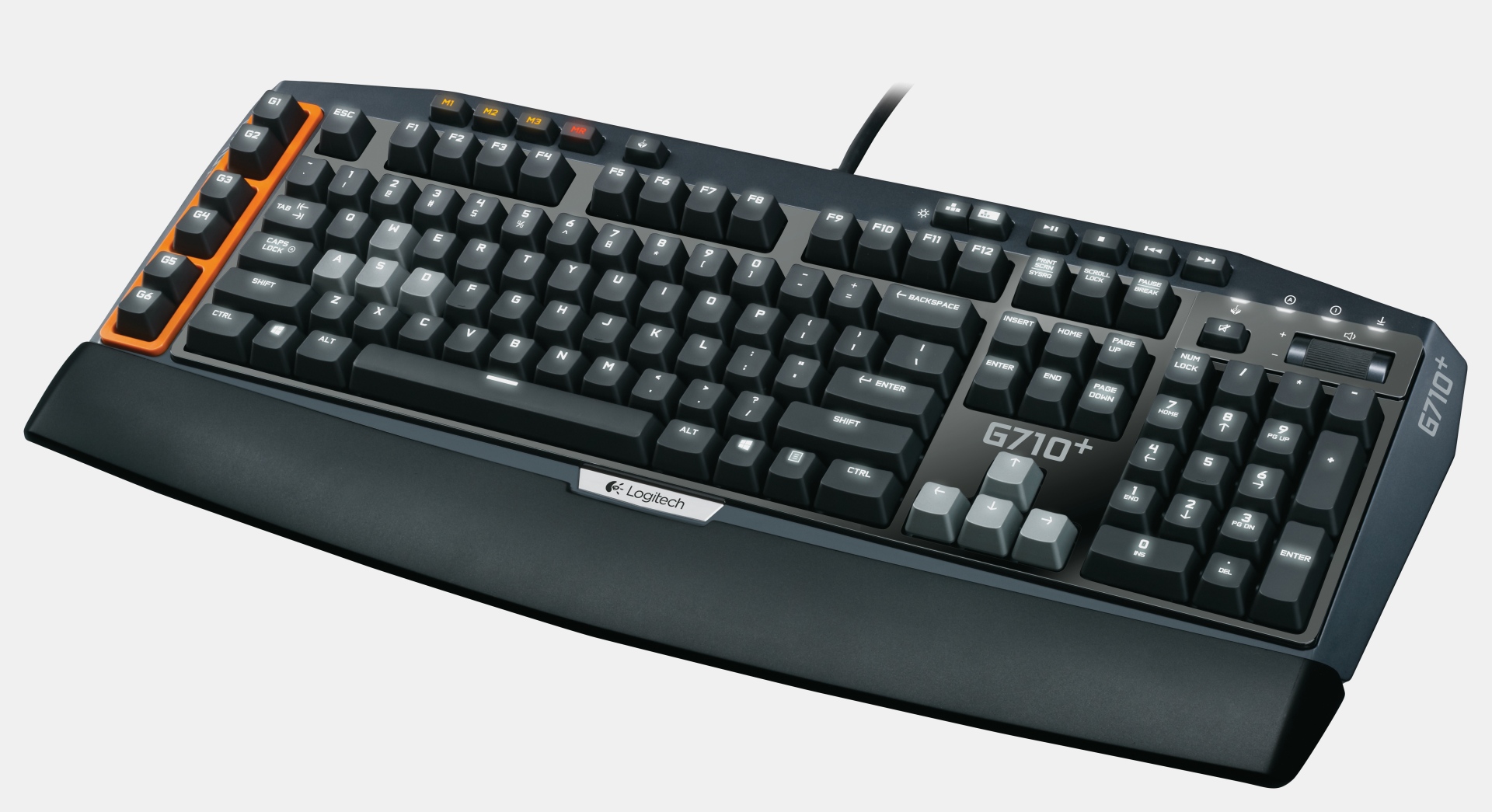 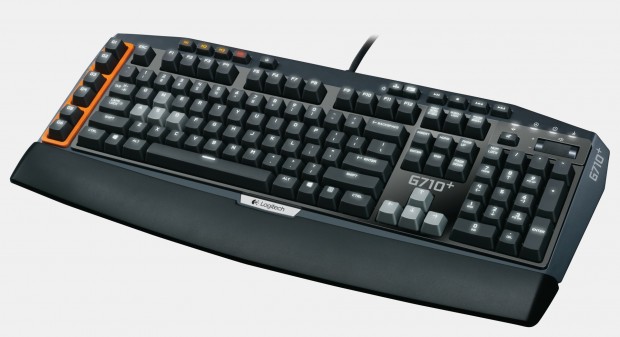 The Logitech G710+ mechanical gaming keyboard is designed with subtlety in mind. Dark grays and blacks abound on this mechanical keyboard, aside from the orange “G-key” outlining. G-keys are the programmable buttons on the keyboard. In this case, the G710+ has six of them with three profiles for each. After doing the math, this means that users have eighteen different functions for the G710+ G-key array.

Featuring Cherry MX Brown key switches, the keys have a tactile “bump” but little to no “clicking” noise. This makes it perfect for gamers needing the feel and performance of a mechanical key while also requiring low volume. Aside from the mechanical switch type, the G710+ features an impressive 26-key rollover, which means you will most likely NEVER overload it with key presses. The keyboard also has something that many keyboard makers these days are forgetting to include: a USB pass-through port. While not designed with a braided cable as per the norm with heavier duty keyboards, the Logitech G710+ cable is a very thick rubber – far more durable than most rubber keyboard cables.

Additionally, the G710+ features dual-zone backlighting, where users can set the WASD keys to be of a different color or brightness than the rest of the keys on the keyboard. While I have never been one to make use of that particular feature on gaming keyboards, I know several gamers who do and would be glad it is included on this model. The downloadable Logitech software control panel is very user friendly and allows for quick modification of the keyboard’s lighting and G-key profiles.

Using the Logitech G710+ is almost effortless while gaming. I tested this keyboard with multiple, long gaming sessions – ranging from Call of Duty: Black Ops II to The Elder Scrolls V: Skyrim and even typing up documents in Word. The G710+ was simply a joy to use, no matter the application. The only part about the G710+ that I would change is its included, and detachable, wrist rest. Unlike the keyboard itself, the wrist rest is a very cheap plastic and somewhat uncomfortable to use over long periods. For my sessions, I replaced the included wrist rest with a gel-filled one I got from a local electronics store.

Overall, the Logitech G710+ mechanical gaming keyboard features plenty of gaming chops to hold up to the rigors of long game sessions while also being extremely comfortable for use in simply typing a letter (or a review – which I am doing on the G710+ right now). While the price point of $149 dollars may scare some off – if you are looking for a solid mechanical keyboard, this would be a good investment for you user experience.

You can purchase the Logitech G710+ over at its official product page.