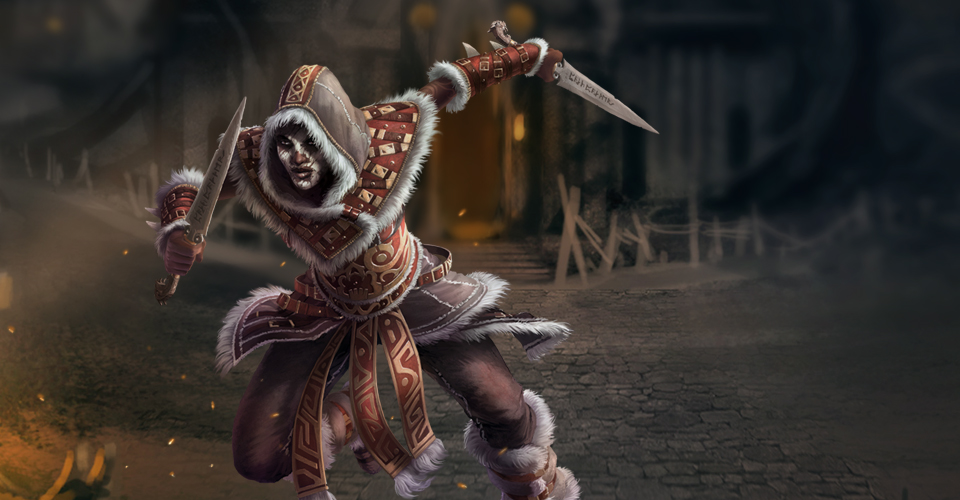 Once upon a time, most games featured a single player campaign or storyline and possibly some sort of multiplayer. These days, it is becoming more and more common to have games that are pure PvP, with no single player mode at all (exceptions possibly being a tutorial).  It is understandable that some developers do this when considering how much more time it takes to program quality AI and create a storyline. With a PvP-only game, you really don’t need any storyline at all, just a premise in which to fight.  This freedom has allowed for a wide variety of indie-developed games to reach players through Kickstarter funded development and Steam Greenlight distribution which otherwise would never seen the light of digital day.  Forge is one of those PvP games which has used both of  these avenues to release a beautiful-looking game at an extremely reasonable price.

A malicious being named The Devourer has swallowed the great pantheon of gods.  Seeking escape, the trapped gods have deceived great warriors, zealous adherents and placed them on a faceless world called FORGE, designed to sacrifice the weakest of these warriors in order to grow their own power. Choosing one of five unique warrior classes, the player must battle head-to-head with other players in a bid to free their god from the clutches of The Devourer.  Armed with a set of powerful and unique abilities as well as a powerful and deadly ally, each warrior must overcome the varied challenges of FORGE where every kill is a sacrifice and every sacrifice brings them one step closer to freedom. 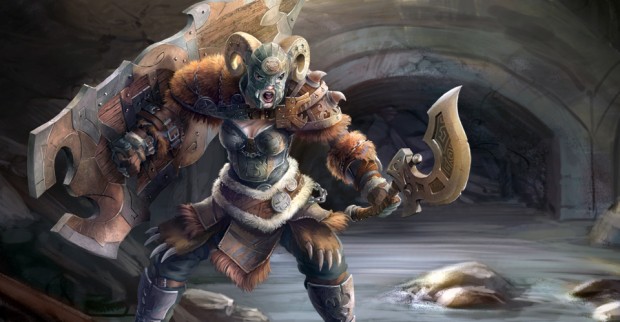 No Subscription Fee and No “Pay to Win”

Class based gameplay: At launch, choose from the Assassin, the Pathfinder, the Pyromancer, the Shaman or the Warden. Each with their own unique role to fill.

No grind!: Unlike other titles with RPG style abilities, Forge offers a level playing field for all players regardless of their time spent playing. Though you unlock options as you progress, you’re as powerful when you start playing Forge as you will be years from now.

Customize your characters: Though Forge does not offer any power increases as you level, you will unlock new options, abilities and armor as you play.

Ever expanding: While Forge has the accessibility and low time requirements of a first person shooter, it is constantly updated with new content including but not limited to: Factions, maps, gameplay modes and even massive features that continue to expand the persistent elements of Forge.

The graphics are a very obvious sign that this game is a labor of love because they are beautiful and rich, whether it is the ruins of an ancient Mayan type civilization or the jungle growth on a map that looks suspiciously like Endor, the detail in environment are AAA quality all the way.  There are also a lot of details in the armor for each class and there are promises of more detail to come with the possibility of customizations.  The ambient sound in each location is so nice I put my headset on just for more submersion.  The attack/spell effects are good too, though they can make it a little hard to tell what is going on if, say, you are taking fire damage from the pyromancer and the fire completely obscures the assassin who is sticking it to you within the fire effect area.  Also, if you are too close to someone else taking damage it can look like you are taking the damage aw well when you are not. 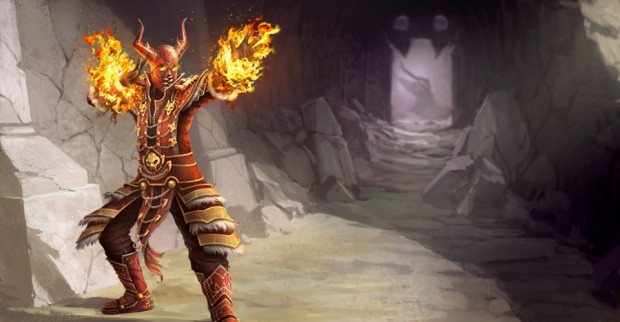 You start as one of five classes, then each time you die you can load a new one.  Wardens are tanks, Shaman are healers, pathfinders are hunters (no animal companions available yet), assassin is assassin/rogue and pyromancer is a fire mage.  Once you have that basic breakdown you can follow the roles that have always worked best for you or if you like playing with versatility you can allow the map to dictate your choice.  For example a map with small rooms and no long hallways isn’t necessarily the best place for a pathfinder due to them primarily being range, you may want to go assassin and get in close.  Forest maps with high perches are great for pathfinders but take a bit of work for pyromancers.  Each class is designed to be able to either work with range or close the distance quickly to maintain a balance.

There is tutorial time to practice your skills but when it really comes down to it there is no replacement for practical “jump right in” experience.  The rough part is quite a few of the regular player base are people who donated to the Kickstarter program and have been in the game since Alpha and Beta stage.  Basically you need to get comfortable with the fact that you are going to get pwned while you figure out what you are doing and what works best in actual combat and other classes.  You will probably get laughed at, maybe even griefed a bit but there really is no substitute, particularly in this game, for applied learning.  The good news is that once you work through the learning curve you will find that the absence of grinding helps a new player immensely.  You are fighting against experience not levels so as soon as you find your groove your body count will start to include even the people playing since Alpha.  It will probably take a while before it feels like even ground but it will come.

People who like their gameplay pure PvP and want to be able to just jump into a game, learn the ins and outs and start being able to rack up a body count will love this game.  There is a backstory but it doesn’t really play into anything, this is just about choosing from the classes then playing a standard Deathmatch, Capture The Flag, Tower Control, etc. PvP battle game.  It has some very nicely detailed environments that were an obvious sign that this game is a labor of love and some of the skills are fairly unique or original feeling which I can appreciate as well as great ambient sound.  In the end though it is a pretty straight forward third person player versus player and there is nothing wrong with that.  Especially since at time of publication Steam is having a deal where you buy one copy for $19.99 and get a second copy for a buddy for free.  So go in on it with a friend, fork out only $10 each and you can be killing each other or beside each other in no time.  The game is still in development at release so there is no telling what it can wind up being like in the long run. 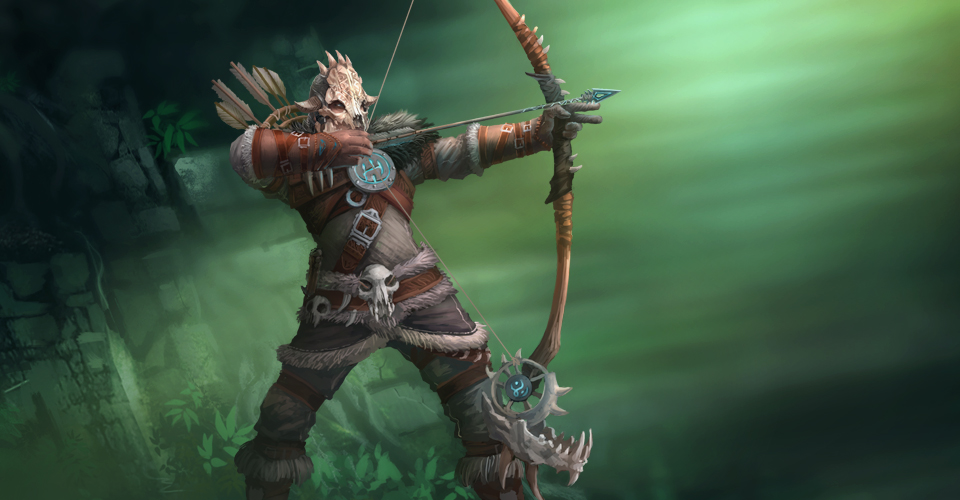 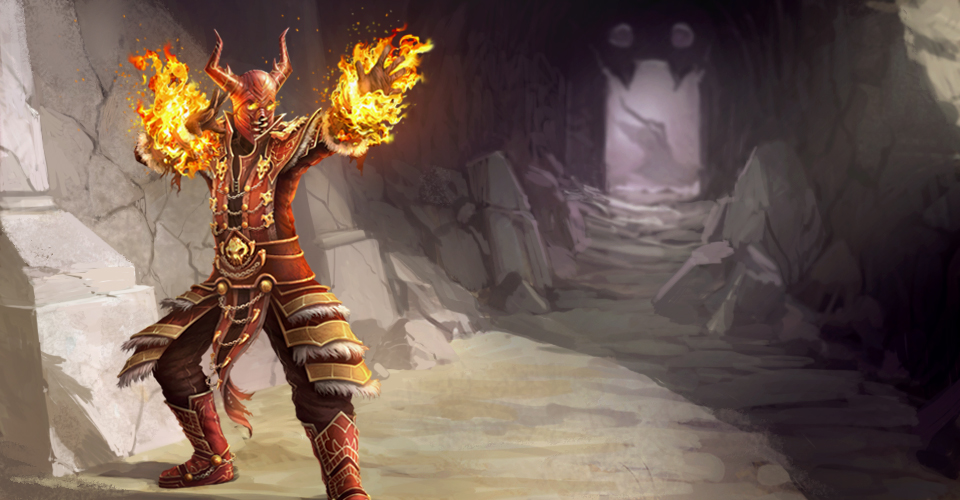 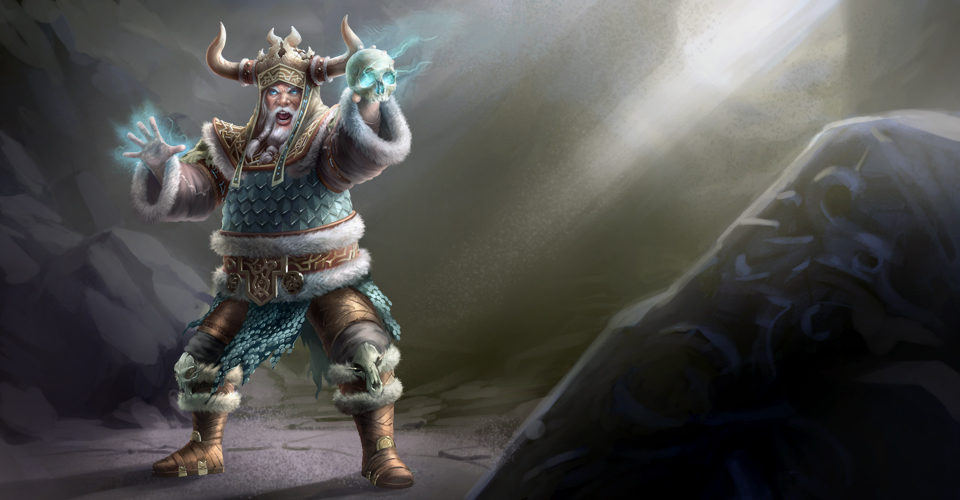 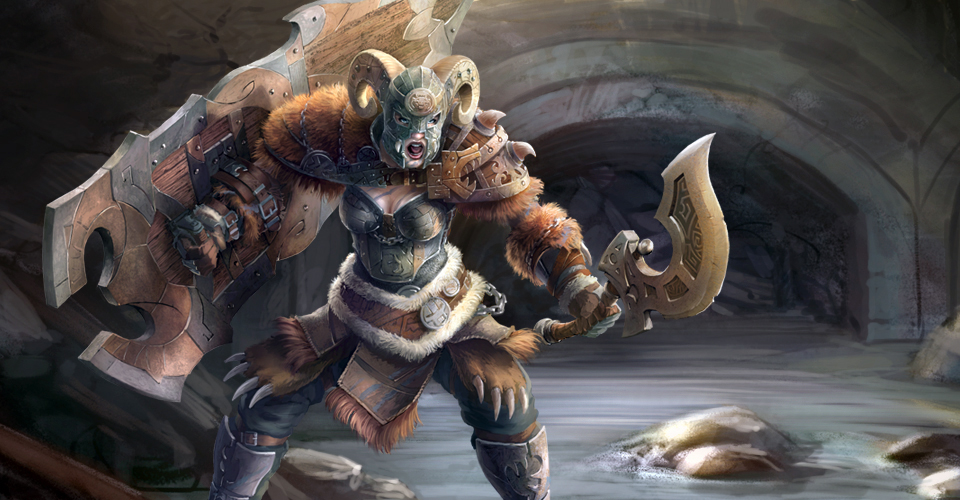 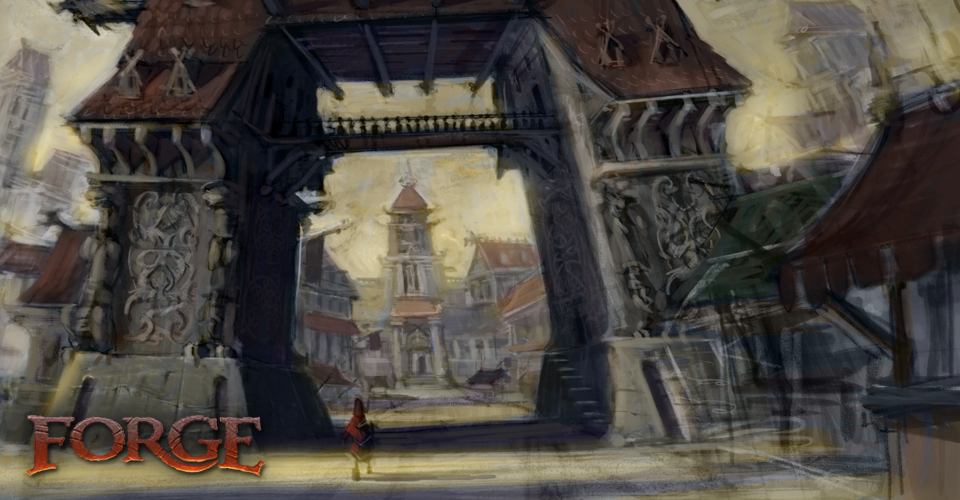