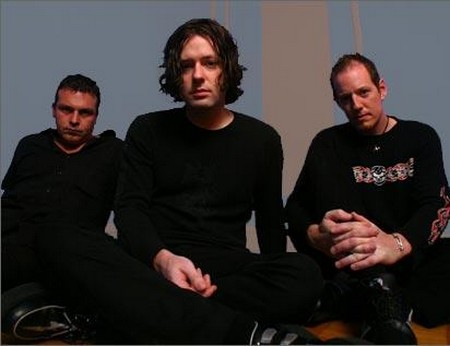 Cambridge, Mass. – November 21st, 2012 – Harmonix today announced that singles from Carly Rae Jepsen and Marcy Playground are headed to the Rock Band™ Music Store of downloadable content for the Xbox 360® video game and entertainment system from Microsoft, PlayStation®3 computer entertainment system and Wii™.Rock Band provides the deepest and best selection of artists, songs and albums through the Rock Band music platform, which features more than 1,400 artists and more than 4,000* tracks via disc and download purchase (complete list of tracks atwww.rockband.com/songs). Rock Band’s gigantic music library dwarfs that of any other rhythm video game on the market. More than 100 million songs have been sold through the Rock Band Music Store since its launch on Nov. 20, 2007.

On November 27th, Carly Rae Jepsen’s “Call Me Maybe” will come to the Rock BandMusic Store. This upbeat pop track originally appeared on Jepsen’s EP, Curiosity and then later on her smash full length release Kiss, and reached the top of the charts worldwide! The single will be available alongside Marcy Playground’s breakthrough single, “Sex and Candy,” from the band’s self-titled 1997 debut.

Additionally, the controller-based rhythm-action of Rock Band Blitz is now on sale for Xbox LIVE Arcade for a limited time. From now until November 26th, players can pick upRock Band Blitz for 600 Microsoft Points™, 50% off its regular price! Rock Band Blitzcomes bundled with over 20 songs, and works instantly with any of the 3500+ Rock Band songs. Rock Band Blitz’s songs are also immediately compatible and playable in Rock Band 3, where players can experience these hits as a full band, using compatible guitar, microphone, drum, and keyboard peripherals!

Tracks marked with “X” will offer Pro Guitar and Pro Bass expansions for $0.99 per song.** Dates for Rock Band game tracks are tentative and subject to change. **