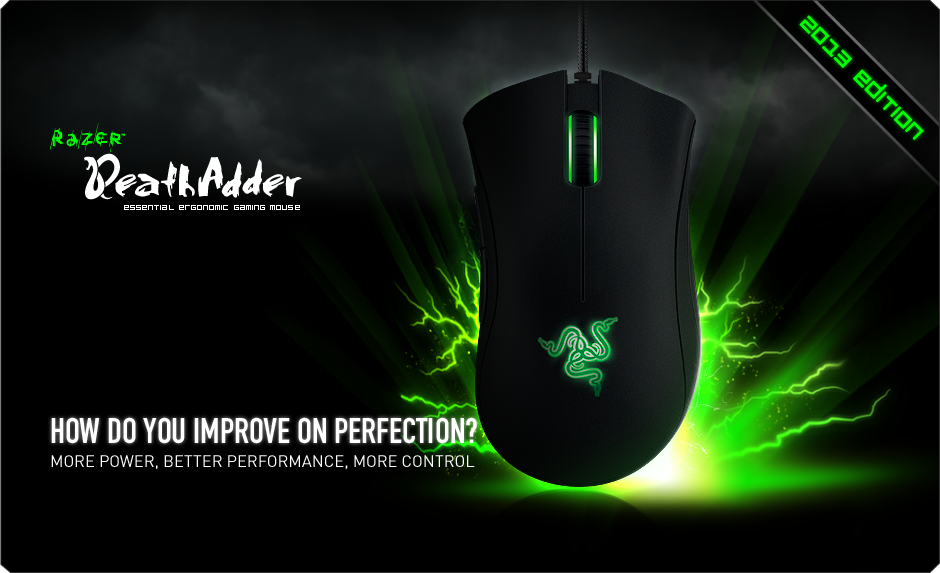 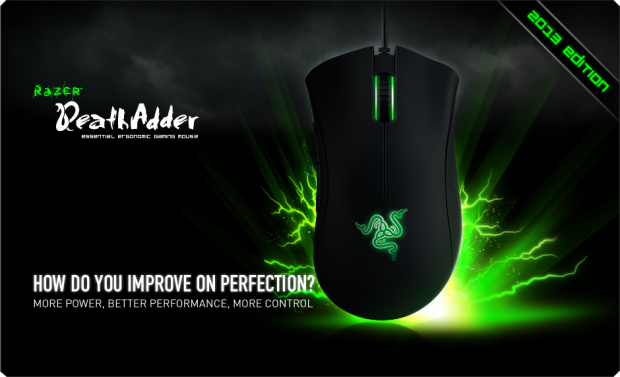 Originally released in 2006, the Razer DeathAdder has become legendary for its combination of ergonomics and precision. It remains the world’s best-selling gaming mouse, used by countless pro gamers in the circuit as their preferred weapon of annihilation.

The new Razer DeathAdder’s optical sensor was upgraded from 3.5G to a cutting-edge 4G infrared sensor with improved performance and precision. It is the world’s most powerful optical sensor, achieving up to 6400 dpi resolution without sacrificing the natural tracking feel of an optical sensor or yielding the robotic sensation of a comparable laser option.

The iconic right-handed ergonomic shape that gamers have come to love in the DeathAdder has been retained; however, it has been further enhanced with built-in textured rubber side grips for better mouse control and grip.

Like its predecessor, the new Razer DeathAdder will feature Synapse 2.0 support for effortless synching of settings and profiles automatically with the cloud. Razer Synapse 2.0 is an innovative proprietary software that intuitively functions as the Razer DeathAdder’s brain – automatically syncing the gaming mouse to a remote server to download driver and firmware updates, as well as save individual game settings.

“We didn’t want to fix anything that wasn’t broken,” said Robert “RazerGuy” Krakoff, president of Razer USA. “We focused instead on enhancing and optimizing the proven merits of the Razer DeathAdder, utilizing next generation technologies and further ergonomics tweaks to make a perfect gaming mouse even better.”

About the New Razer DeathAdder

The Razer DeathAdder was released in 2006 and is still to-date the world’s best-selling gaming mouse, used by countless pro gamers in the circuit as their de facto gaming mouse. The new DeathAdder iteration focuses on improving power, performance and control through hardware tweaks and software upgrades.