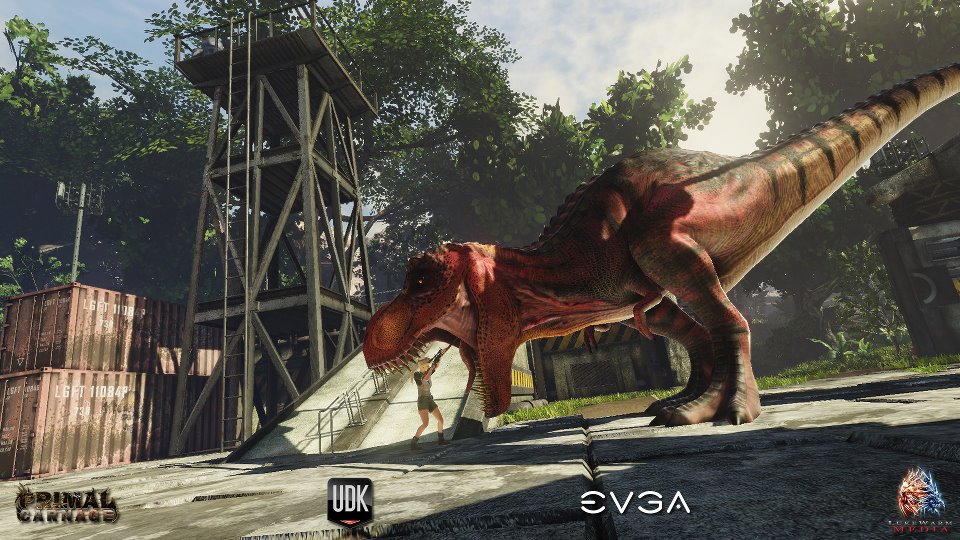 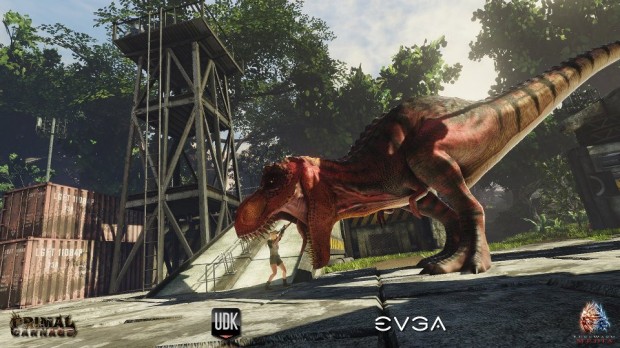 Twain Harte, California – October 24, 2012 – The thunderous rumbling of prehistoric beasts is upon us – Reverb Publishing and Lukewarm Media are pleased to announce thatPrimal Carnage will be shipping to PCs everywhere on Monday, October 29th. Gaming journalists and lucky beta participants have been enraptured with the vicious and quick-paced combat found in Primal Carnage, and in less than a week gamers everywhere will be able to take on each other in a class-based multiplayer experience 65 million years in the making.

Primal Carnage can be pre-ordered now at the Primal Carnage website, Steam, GameStop, GamersGate, and Rain. When players pre-order they will have instant access to the beta as well as receiving an exclusive in-game feathered raptor skin to be made available when the game launches. More information on the beta can be found here.

Primal Carnage is the dinosaur title for which the world has been waiting. Dinosaurs take center stage in this class-based online multiplayer shooter featuring fast-paced combat between a team of humans brave enough to stand toe-to-toe with hordes of some of the most vicious animals ever to walk the face of the earth. Players can choose to take on both sides of the battle as either the human classes utilizing an arsenal of distinct and unique weaponry or inhabit the body of one of these menacing and powerful dinosaurs intent on leaving a trail of blood and destruction in their wake.

Primal Carnage is a part of Reverb Publishing’s growing roster of titles, which includes the massively-successful Dungeon Defenders, the recently launched Ravaged and Rocketbirds: Hardboiled Chicken as well as the upcoming Cognition: An Erica Reed Thriller, Edge of Space, Black Knight Sword and much more. For more information on Reverb Publishing, please visit us at www.reverbpublishing.com. For more information about Primal Carnage, please visit www.primalcarnage.com, be sure to “Like” us at www.facebook.com/primalcarnage and follow the game development on Twitter @PrimalCarnage.