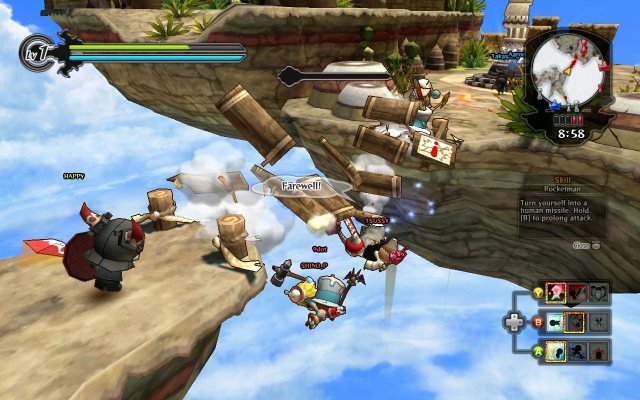 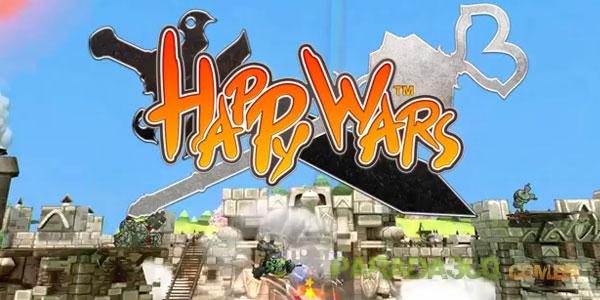 Ok I know it sounds a bit like a contradiction unless you are a totally twisted.  War should not be happy times.  In the gaming world though it can be very true if you find yourself having fun on a silly playing game that is also free.  Yep I wonder how many people stopped reading and started downloading with that last statement because Happy Wars takes the big RPG mechanics of a PC and makes them some simple fun on XBLA. 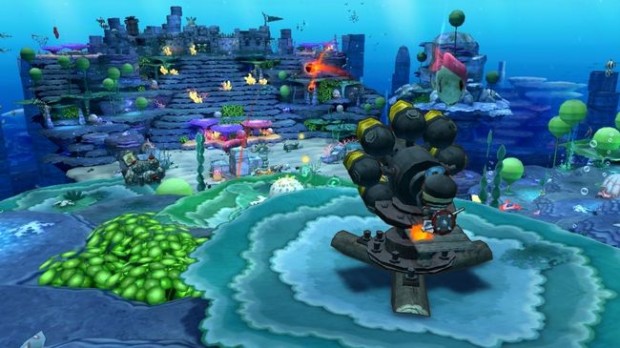 When two tribes go to war… well in this case it’s two kingdoms and they fight daily over such things as what is tougher a hippo or an elephant, favorite games, the weather, politics, you know the usual stuff everyday arguments result in that generally don’t turn into war.  Oh and a princess gets kidnapped at one point in case I forgot to mention that, which actually is a pretty good and ancient reason for war.  There actually is a storyline on the single player campaign though I imagine a lot of folks will dedicate themselves to multiplayer because it is an absolute blast. 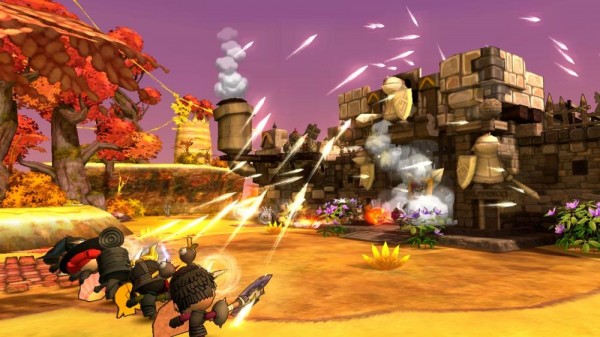 I mentioned they fight over hippos versus elephants right?  Well the graphics and sound are as silly as the reasons they fight.  Giant heads on little bodies all with cartoony features and silly atmospheres combine with goofy noises and Saturday morning music to make this a game that visually doesn’t take itself seriously and aims for fun rather than realism. 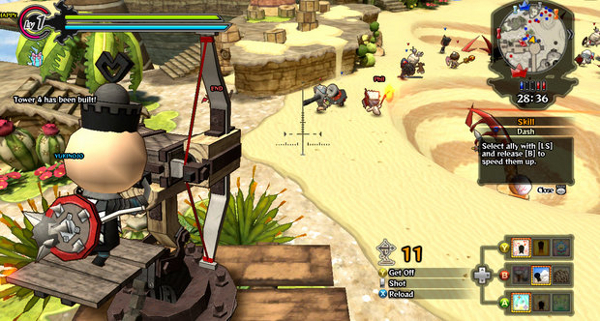 Strangely enough this may be the one area where the game takes itself serious and has had some heavy time vested into it.  You can choose from three classes and you receive armor rewards for the different classes no matter which you play.  You can be a warrior, cleric, or mage – pretty standard classes for a MMORPG though sometimes the names may vary.  As you fight a battle your character levels up quick in battle opening up more skills and helping you earn free items.  At the end of the fight you find out what items you have and you get exp towards a character’s overall level.  So you always start at level one in a battle but as you level up outside battle you go in wearing better gear.  I know that sounds kind of confusing so I will try to put it this way: a level 15 character goes in as level one but can go in with level 15 armor and have skill bonuses as well.  So it rewards the longer term player but gives a level enough starting playing field that a noob won’t get totally slaughtered.  This makes it so that the smart player, using the environment and skills they have learned can take down opponents that in some games would be untouchable.  Gameplay consists of capturing spawn points, destroying opponents’ castles and beating the snot out of each other. 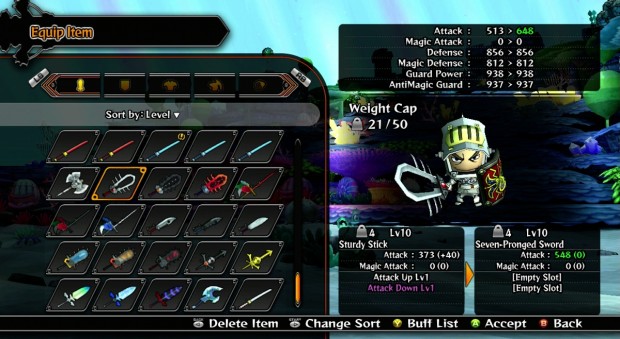 Items such as armor, weapons and charms, can be aquired multiple ways: earned in battle, won by gambling in game credits or purchased with real world money.  Normally this bothers me pretty bad because it means the game is free to play but pay to win.  However this game hit a decent enough balance that yes you could pay and level fast and be tougher but if you don’t it is still fun.  Also it has a single player campaign as well as multiplayer so you can play against a very good AI if you choose to and that AI won’t be running around with purchased weapons.  To have a free game that has single player campaigns is kind of unheard of these days so making a couple small purchases doesn’t feel as bad since you are supporting a full gaming experience.  There are levels of purchases, some of the weapons, armor and charms can be pretty pricey in the real world so it all depends on how much you want to invest. 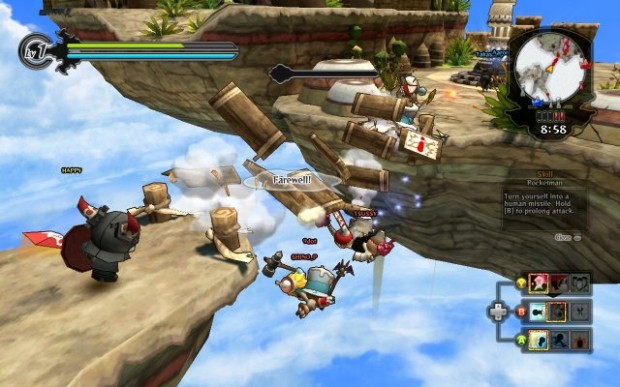 This is a really fun game that kept turning into “one more battle and then I’ll go to bed”.  The servers are a little different in setup, expect to be disconnected a lot during the matching up section because I think it balances the teams then boots the extras.  I play a lot of free to play games but they are almost exclusively on the PC so to have a F2P on the console that sucked me in as much as this one did was a very pleasant surprise.  I also really appreciate the single player campaign being on the game too, if it is free it usually only has one or the other, not both multiplayer and single player.  Or one will suffer heavily for the inclusion of the other, too much of a stretch of resources.  I enjoyed this game a lot both in single player and multiplayer and highly recommend it.  What do you have to lose except a bit of hard drive space on your XBox 360?