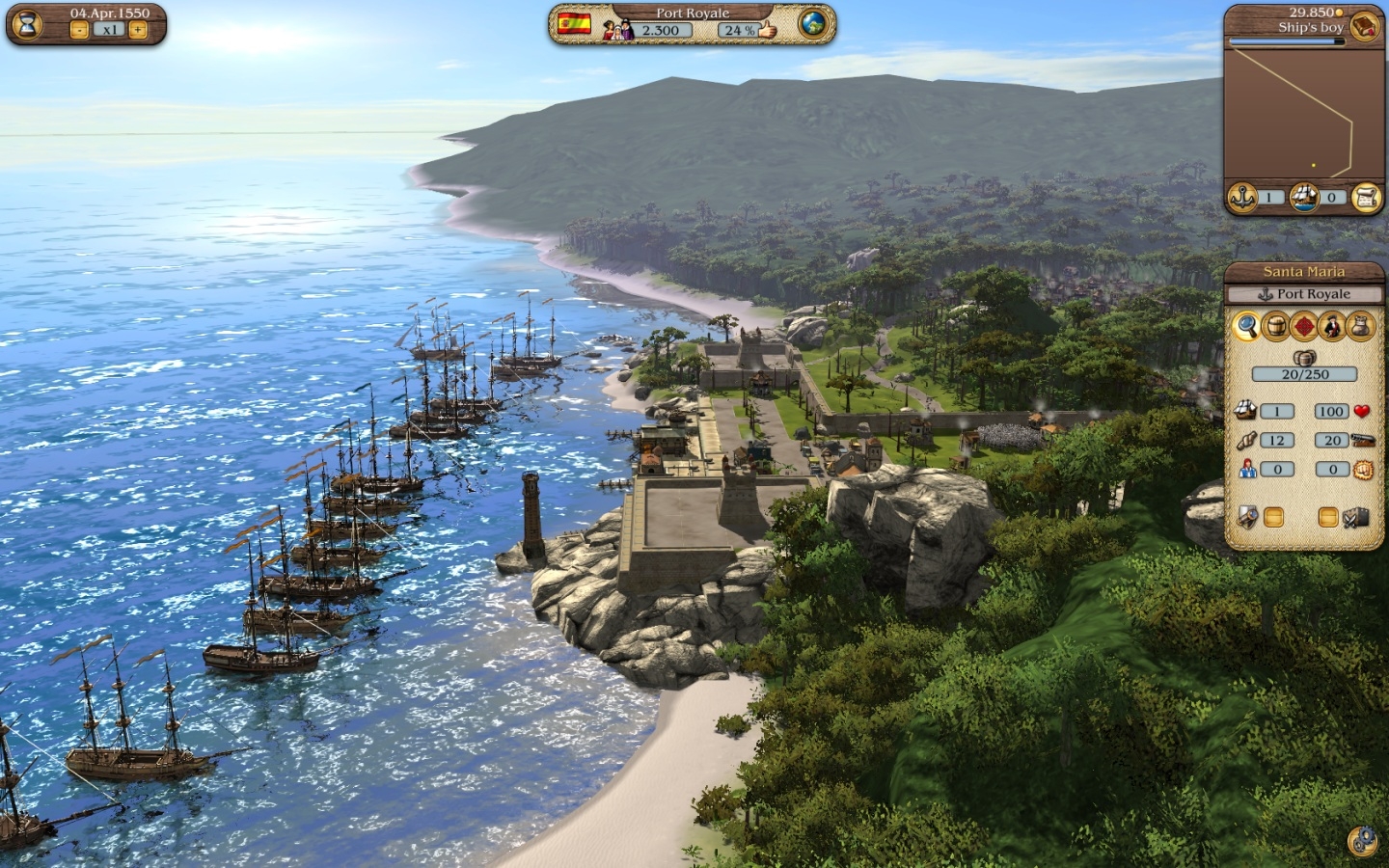 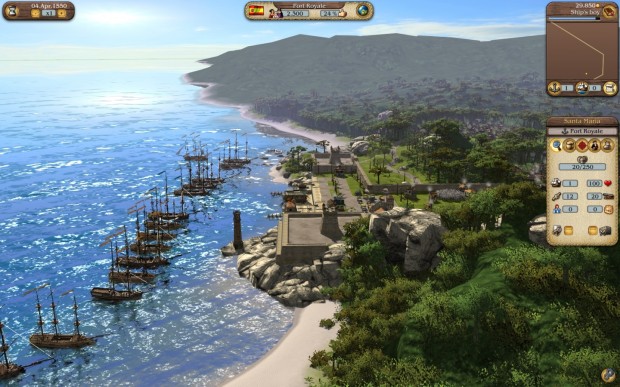 Ridgewood, NJ, October 3, 2012 – North American PC gamers looking to pick up the swashbuckling adventure Port Royale 3: Pirates and Merchants will be pleased to hear of two special retail purchasing incentives today. Both are DLC packs available to consumers who pre-order a boxed PC copy of the game before its North American retail release on October 9, 2012.

The first DLC pack is available to customers who pre-order a boxed PC copy of the game throughAmazon.com. This pack contains three new pirate-themed building — the pirate palace, temple and warehouse.

The second DLC, the adventure pack, is available to anyone who pre-orders the boxed version of the PC version of Port Royale 3: Pirates & Merchants, and sends a scanned/photographed copy of their final purchase receipt to bonuscontent@kalypsomedia.com by October 9, 2012. The adventure pack contains three additional buildings.

By purchasing through Amazon.com, gamers can earn a total of six buildings, three from the pirate pack, and the additional three from the adventure pack.

Kalypso will release Port Royale 3: Pirates and Merchants to North American retail on October 9.  For more information about the game, please visit http://www.port-royale3.com/us/

In Port Royale 3: Pirates and Merchants, players will embark upon an epic adventure through the Caribbean during the turbulent 17th century where the naval powers of Spain, England, France and the Netherlands all fight for supremacy in the colonies. Players take on the role of a young captain trying to build his fortune and reputation in the new world colonies. The campaign consists of two different paths for the young protagonist to follow: adventurer and trader.

Following the path of the adventurer will lead the player on a naval conquest where they must gain notoriety through raids, piracy, bounty hunting, plundering and conquering cities as they strive to build their new Caribbean empire.

The route of the trader sees the player using their economic know-how to become the most powerful trading tycoon in the New World by setting up trade routes, building production facilities and developing cites.

In free-play mode, the player crafts a combination of the two paths, creating a unique and challenging scenario on the path to increase wealth and power.

About The Kalypso Media Group

Founded in 2006 in Germany by industry veterans Simon Hellwig and Stefan Marcinek, Kalypso Media is a global, independent developer, marketer and publisher of interactive entertainment software with 120 employees world-wide.

Kalypso Media‘s titles include the critically acclaimed Tropico 4, Sins of a Solar Empire, and Dungeons. Upcoming multi-platform titles include Port Royale 3, Omerta – City of Gangsters, DARK and The Dark Eye – Demonicon along with Legends of Pegasus for PC. Further information about Kalypso Media is available at http://www.kalypsomedia.com.