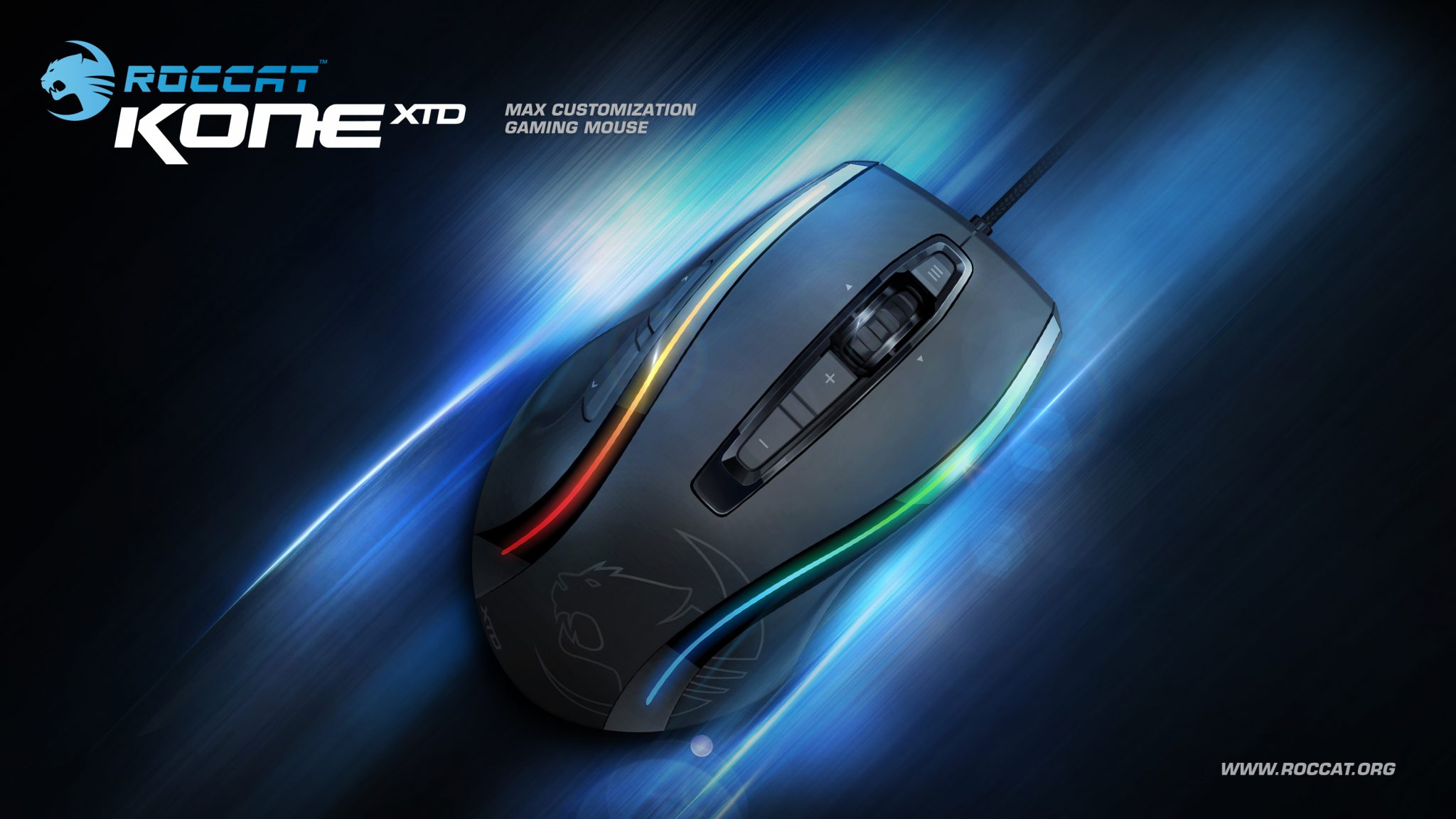 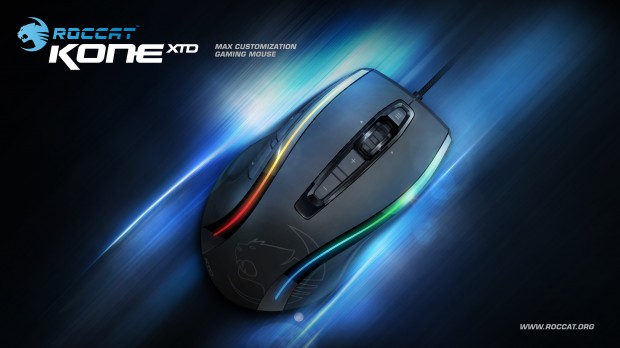 ROCCAT has tapped the Kone XTD to be the successor to the legendary Kone[+] gaming mouse, packing the XTD with a hefty increase in the already formidable capabilities of the Kone[+] – while keeping the beloved Kone design completely intact. The German manufacturer also kept the legendary Kone form when designing the Kone Pure – but slimmed it down to 91% the size of the Kone[+], while also adding more competition-crushing power to the original Kone[+] performance specs.

Keeping the world famous Kone design when creating the new Kone models was extremely important, says ROCCAT, because legions of Kone fans worldwide have shown such a strong devotion to it.

Both the Kone XTD and Kone Pure are powered by an astounding performance package loaded with the latest 8200 DPI Pro Aim R3 laser sensor, a commanding 32-bit Turbo Core 2 72MHz ARM MCU processor, and the most advanced Tracking & Distance Control Unit around – all working in clockwork unison to deliver world-beating battle ability.

Both also offer a range of ergonomic features designed for the longest play comfort – and a suite of the world’s most advanced gaming software for max customization – all designed to give users a masterful tool for dominating any gaming world they choose.

In addition, both new Kone models feature fully-customizable lighting systems designed to boost the mood of every gaming session. Flanking the sides of the Kone XTD are two shimmering light rails powered by four independent multi-color LEDs that gamers can set in their choice of a wide range of vibrant hues. Gamers can even program the light rails to execute effects, such as a “breathing” function, color rotation in their choice of shades, or game profile change notification – eye-catching displays sure to enhance any session.

The Kone Pure, meanwhile, boasts a large ROCCAT logo on its back that users can set in their choice of 16.8 million vibrant colors. It, too, can be programmed to carry out the “breathing” and color rotation functions.

The Lua: sleek and deadly

In designing the Lua, ROCCAT took the beloved three-button mouse model and injected it with loads of advanced gaming engineering – and then slimmed it down to fit any gamer’s hand.

Packing a fully-adjustable Pro-Optic sensor in a rugged, ambidextrous V-shape – featuring No-Sweat side grips, soft touch surface, and illuminated ROCCAT™ logo – the Lua gives props to the past while heading boldly into the future. Built for any hand and for any battle, the Lua is ideal for gamers who want an entry-level gaming mouse, but who don’t want to compromise on performance.

Continuing a dedication to building the world’s highest quality gaming gear, each of the new mice is built mega-tough using only the highest-quality materials, inside and out. From robust exteriors to premium inner electronics, everything on the new devices is state-of-the-art and built to last.

ROCCAT has additionally announced that the Kone XTD and Kone Pure will feature an advanced new scroll wheel – the toughest and most reliable ever designed. The new wheel is “built to last and engineered to own”, says ROCCAT, with each having been constructed using the planet’s most robust and high-tech components – for a level of quality that sets a new standard in scrolling.

A dedication to excellence

“With the Kone XTD, Kone Pure and Lua, we have renewed our commitment to gaming excellence”, says René Korte, ROCCAT Founder and CEO. “These new mice are world beaters. They deliver an amazing combination of quality and performance, and they illustrate perfectly the difference between simply playing and engaging in some serious gaming.”