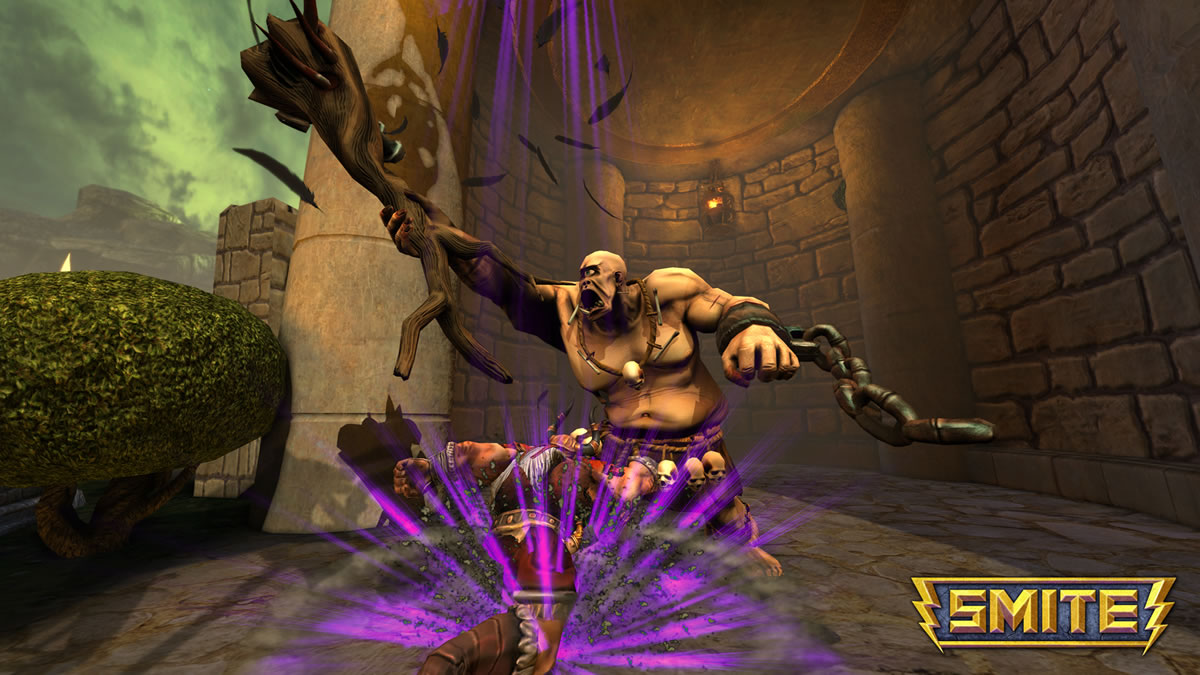 I really have to give it to Smite, it is a strangely addictive blend of different games.  At first I wasn’t too sure about it, it is far more complicated than it looks on the surface and even if you aren’t someone who thrives on PvP it can be an extremely fun play.

So first off to give this game a description: it is a real time strategy tower defense game with minions and character PvP.  You play a god on a team of gods, each of which has it’s own specialty, and you have to fight other gods, their towers, their minions and the first team to take the final tower (in this case in the shape of a minotaur) at the back of enemy lines wins.  As you battle your god levels quickly improving your skills and weapons as you do and when you die you have a wait period to get back in during which you are getting no experience while everyone else is.  You do this a couple times and you’ll find yourself levels behind everyone else with no real way to catch up.

Each god not only has a specialty but also fills a special role.  There are five man teams in which players pick a tank god, melee god, hunter god, range magic god and some that are a mix.  Only one person on each team can play a particular god at a time so that you don’t wind up with a whole team of hunters, etc.  The maps have three paths across them with little trails in between so though you have a party filling all the different roles they are split up over three paths.  To allow for movement between the paths you spawn minions on a timed bases and they attack anything enemy in front of them. 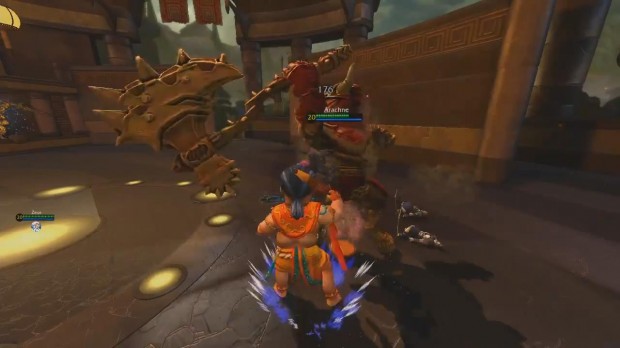 With all this set into place you attack towers, enemy minions and enemy players all while trying to work your way to the enemy minotaur and fall it.  This can result in some very chaotic play as you run from path to path trying to defend towers, back other players, flank enemies, all with the plan to hit that final minotaur with enough of your team at the right time to fall it.  Team work is essential, strategy if any is considered tends to win the battle and the better the player knows how to control their gods the better their chances of victory.  This is all well and good then you have a player who is spending their whole time criticizing others instead of fighting, making homophobic and racist comments and running around wherever they feel like at the moment.  It surprised me to run into this issue in beta, usually it is when the game opens up to the public that these issues arise, but players can send beta keys to friends now so the player base has dropped average IQ and players are far more concerned with winning than testing mechanics.  This is one of the rare times I think the player base will improve when general population starts. 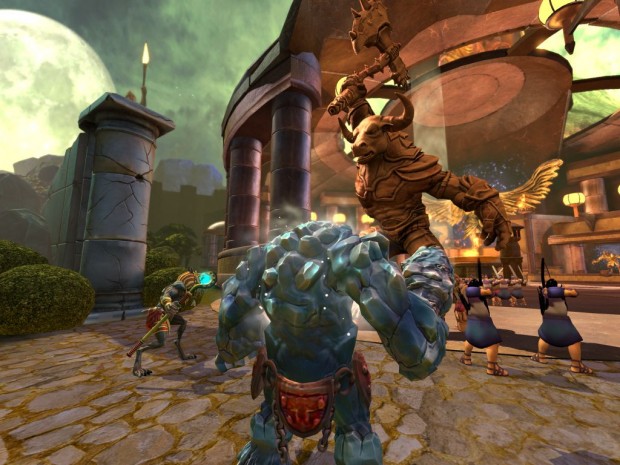 A very nice touch is that while you level if you go to your base either by heading back or by dying it upgrades your weapons and can be set to auto give you the best spells.  This is really key because during the match you may get up to level 15 for example but when the match is over you are still level one or you get just enough points from the match to hit level 2.  So there is your in game level and your actual level and they are completely independent of each other.  This oddity also takes a bit of getting used to. 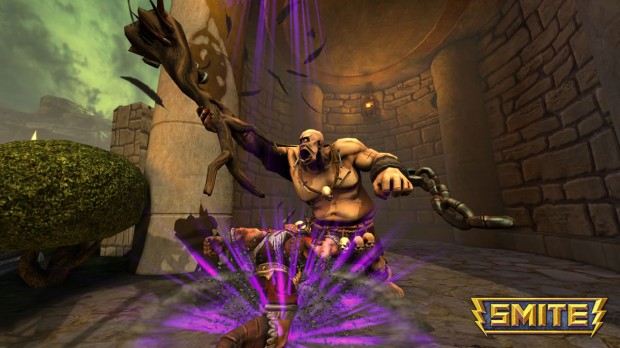 This is really more of a first call for the game, just a preview where everything still isn’t set in stone and by the time the general public get a hold of it it may have evolved further.  It is a fun game right now, even if it seems to be a mash of different genres squished together and surprisingly working.  This is a game to watch for.