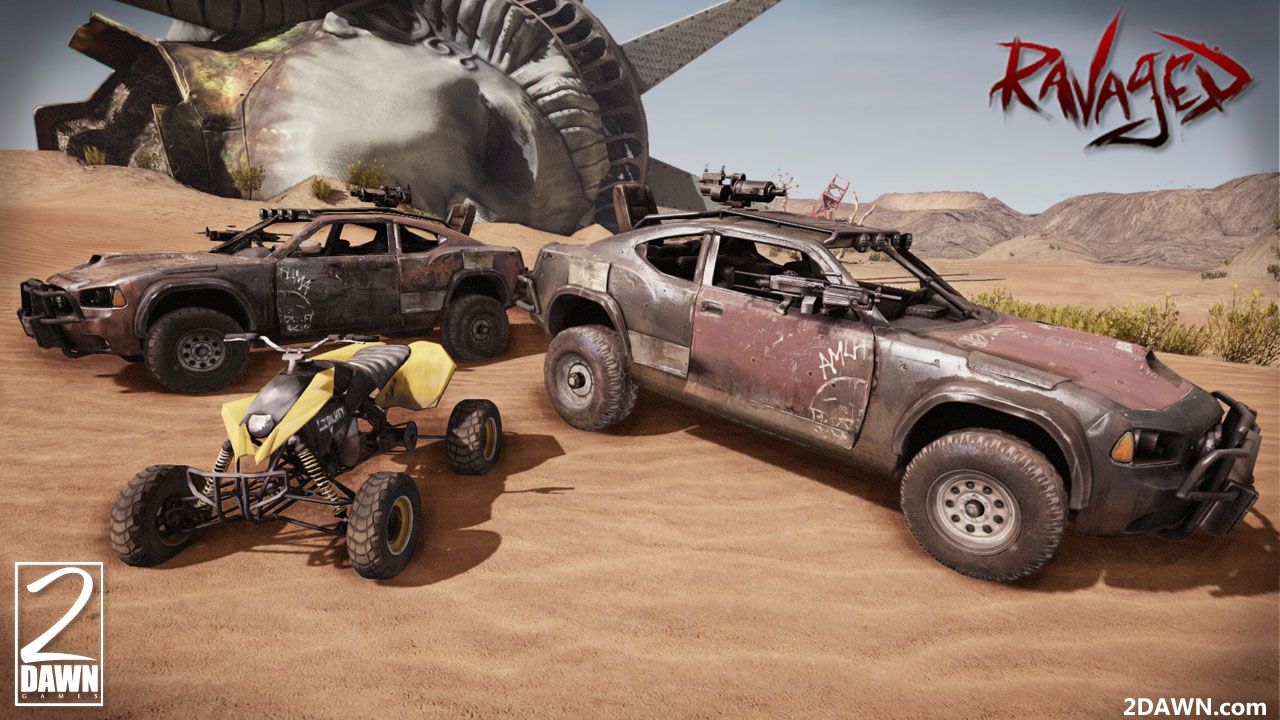 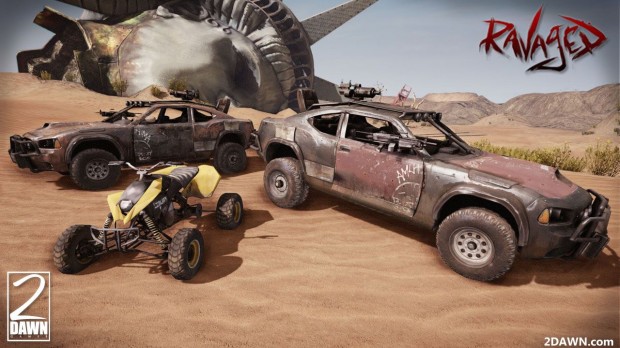 Check out the gameplay trailer here.

Indie developer 2 Dawn Games, comprised of veteran staff members who have worked on top-tier titles Battlefield, Desert Combat, and Frontlines, have poured their collective talent into this apocalyptic combat game, packing straight-up first-person shooting, ground and air-based vehicular combat, and sprawling tactical battles for up to 32 players online. Ravaged is currently in its closed beta and players can sign up now at:http://www.2dawn.com/games/ravaged/join-the-beta

“Partnering with Reverb Publishing is a defining moment for us,” said Boris Ustaev, project lead for Ravaged with 2 Dawn Games. “Reverb’s model of supporting digital video game developers provides us with a full menu of production, marketing, public relations, and business development support, allowing us to focus 100 percent of our time on making the best game possible. In addition to Reverb’s support, our popular beta tests have garnered a huge, dedicated following. Couple that with our successful Kickstarter campaign, and we’re in a great position to deliver an amazing game.”

Ravaged is rated “M” for mature due to the violent subject matter, and is not intended for younger audiences. To play Ravaged at PAX Prime 2012 in Seattle, WA, please visit Reverb’s booth #3340.

“From the first time our team played Ravaged we knew it was a standout title,” said Doug Kennedy, president and CEO, Reverb Publishing. “This partnership with 2 Dawn Games is a perfect example of why we started Reverb Publishing. This very talented team has a great game and solid community as evidenced by its successful Kickstarter campaign. Reverb will now step in to help elevate the game’s visibility so gamers everywhere can jump into the action and log some kills.”

Ravaged joins Reverb Publishing’s growing roster of titles, which includes the smash-hit Dungeon Defenders, the recently-released JAM Live Music Arcade and Jeremy McGrath’s Offroad, as well as the upcoming Sanctum 2, Primal Carnage, Cognition: An Erica Reed Thriller, Black Knight Sword, Orc Attack and many more. For more information on Reverb Publishing and its line-up of titles, please visit us at reverbpublishing.com, follow us onTwitter or ‘Like’ us on Facebook.