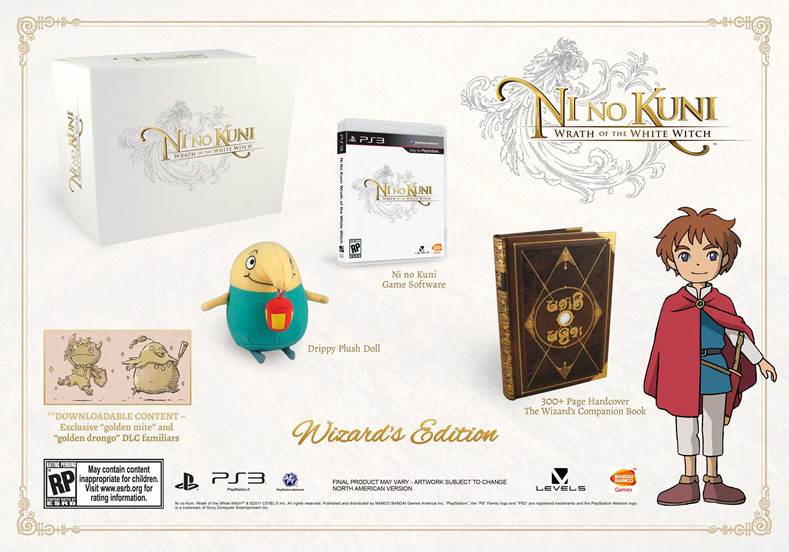 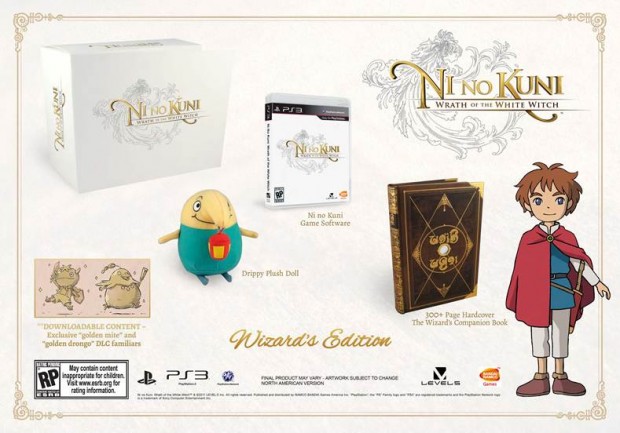 Ni no Kuni: Wrath of the White Witch is an epic tale of a boy name Oliver traveling between two worlds on a noble quest to save his mother.  The game is developed by the critically acclaimed Japanese development studio, LEVEL-5 (Professor Layton video game series).  Ni no Kuni: Wrath of the White Witch features animations and cut-scenes produced and supervised by the legendary Japanese animation company, Studio Ghibli, (My Neighbor Totoro, Spirited Away) and features music scored by the world-renowned composer Joe Hisaishi.