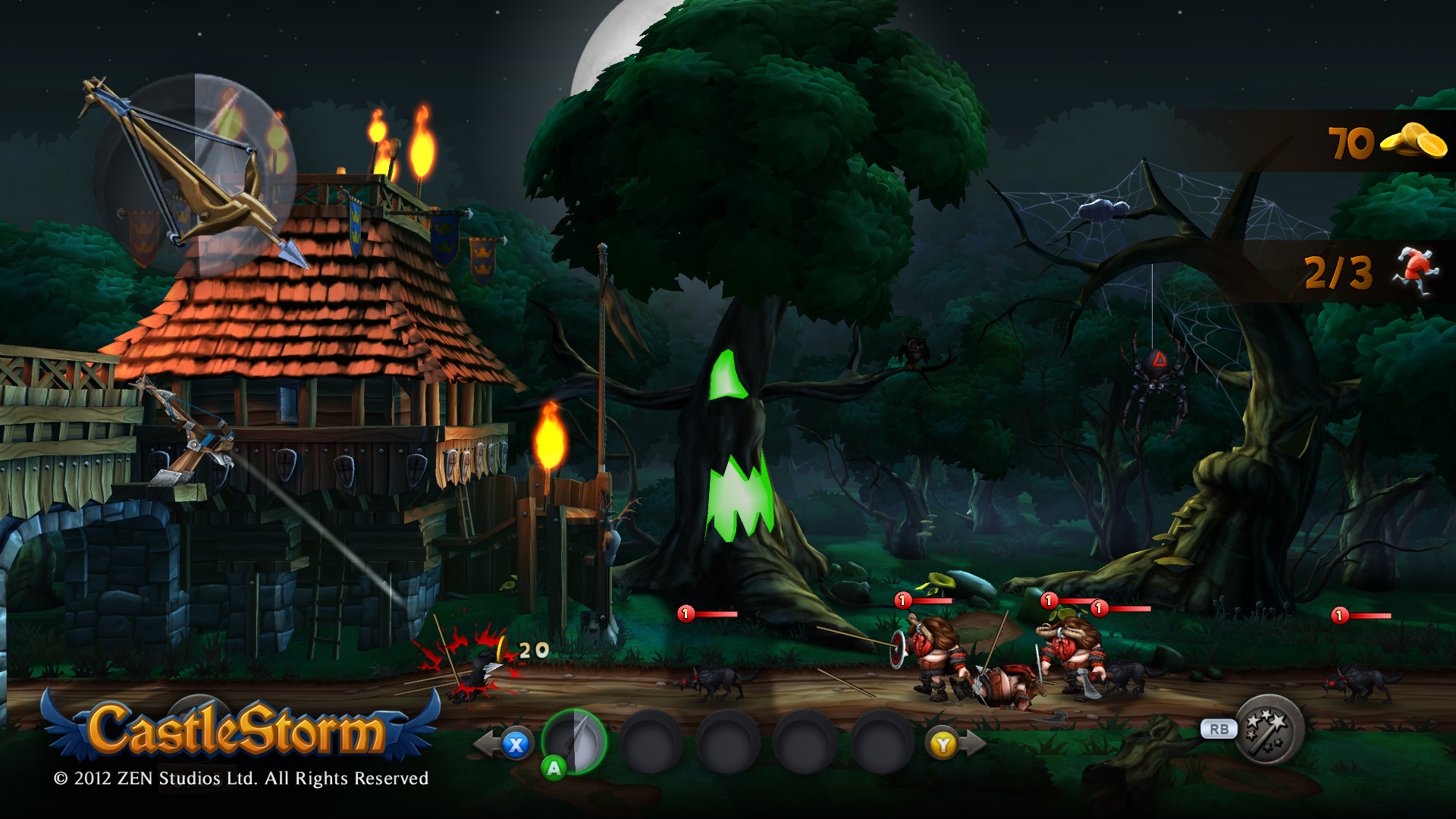 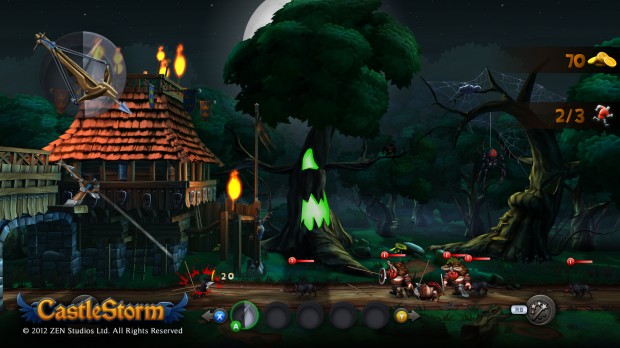 CastleStorm features medieval ballista weaponry, allowing players to launch an assortment of explosive weapons including Morningstars, Apple Grenades, Homing Eagles, and even flying sheep to defeat an onslaught of enemies trying to capture your flag and destroy your castle. Deploy a fearsome ground attack of swordsmen, knights, and donkey riders in order to protect your castle games, and if all else fails, call upon powerful spells to help keep the enemy at bay.

“CastleStorm is frantic tower defense warfare with tons of weapons, enemies and characters. Fending off a barrage of Direwolves, Bear Riders and Hammer Throwers while destroying an enemy castle will make you laugh, think and adapt in order to survive!” said Mel Kirk, Zen Studios Vice President of Marketing and Public Relations.

Zen Studios released a first look CastleStorm trailer, which can be linked from the Zen Studios YouTube channel, or downloaded from the Castle Storm press site.

In addition, CastleStorm features a tower construction editor that allows players to construct their own custom castles that will be used in battle. Castles must be constructed wisely, as choices determine which types of troops and resources will be available during battle!

“Building castles and then knocking them down was fun as a kid, and it’s still fun now. CastleStorm gives you that and a whole lot more!” said Neil Sorens, Zen Studios Creative Director.