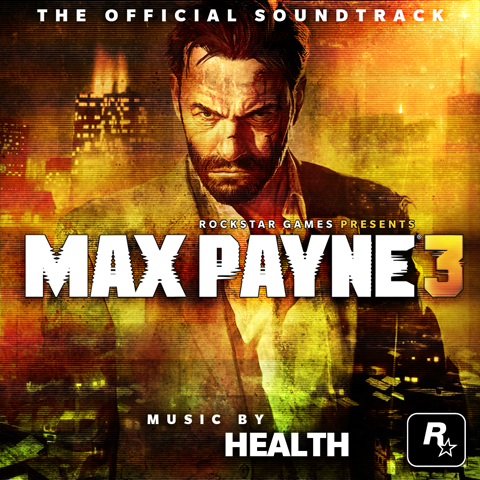 Rockstar Games has announced new details regarding the release of the official soundtrack to Max Payne 3. Checkout the release below for more information.

We are proud to announce that the Max Payne 3 Official Soundtrack will be available digitally on May 23rd. Composed and recorded by LA-based band HEALTH, the soundtrack features the song “TEARS” which is due for release as a single on iTunes on May 15th, coinciding with the game’s console launch.

“Working on the soundtrack to Max Payne 3 was a great experience,” said John Famiglietti of HEALTH. “Rockstar gave us the freedom to bring our own sound to Max’s dark story, and we’re really proud of the results.”

HEALTH’s unique blend of rock, powerful drums and electronic soundscapes lends itself perfectly to the score for the game. Taking influences from Brazil, Max’s native New York and the themes of the original games, HEALTH have put together a fantastic soundtrack that perfectly embodies the tone and the atmosphere of Max Payne 3. Distinctive arrangements unique to each level accompany Max on his journey through the game’s locations, perfectly framing the game’s epic action sequences and the dark and gritty story.

“By using a band instead of a traditional composer, we’ve created a soundtrack that sounds completely unique,” said Ivan Pavlovich, Rockstar soundtrack supervisor. “HEALTH have created hundreds of hours of amazing music for the game’s score, and distilled it into a devastatingly moody and atmospheric soundtrack album.

Excerpts from “TEARS” can be heard in the new Max Payne 3 TV spot and you can hear more of what the band have to say about the game in their exclusive Q&A with Pitchfork.

DJ mixes heard during Max Payne 3’s Nightclub chapter were compiled and mixed by Brooklyn based DJ collective Trouble & Bass, and will be available free as a digital download following the game’s release.