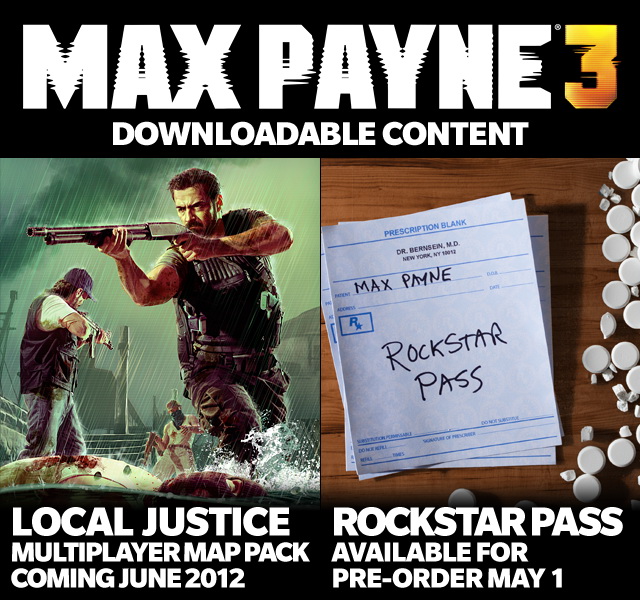 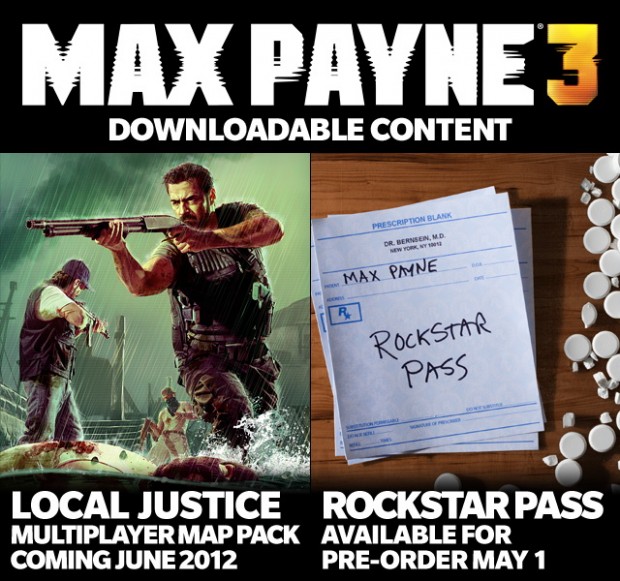 This just in from Rockstar Games:

Today we’re happy to announce Max Payne 3 downloadable content plans with a full lineup of multiplayer content planned for release this summer and beyond, starting with the Local Justice Map Pack coming in June. Players will also be able to order the Max Payne 3 Rockstar Pass to get all of the upcoming DLC at a special discounted rate, compared to purchasing each pack individually. Starting today, the Rockstar Pass can be pre-ordered for Xbox LIVE and PlayStation Network from Best Buy or GameStop in the United States (or pre-ordered for PSN directly from the PlayStation Store).

The Rockstar Pass grants you access to all upcoming Max Payne 3 DLC and will be available for 2400 Microsoft Points (Xbox LIVE), or $29.99 (PlayStation Network and PC) – over a 35% discount compared to purchasing the content individually. Once purchased, the Rockstar Pass enables gamers to download all DLC releasing through the end of 2012 via the in-game store as soon as it is made available on Xbox LIVE, PlayStation Network, or PC.

Check out the current release schedule (individual release dates and pricing info will be announced soon) for Max Payne 3 downloadable content packs below and stay tuned for additional packs to be revealed at a later date:

Deathmatch Made In Heaven Mode Pack