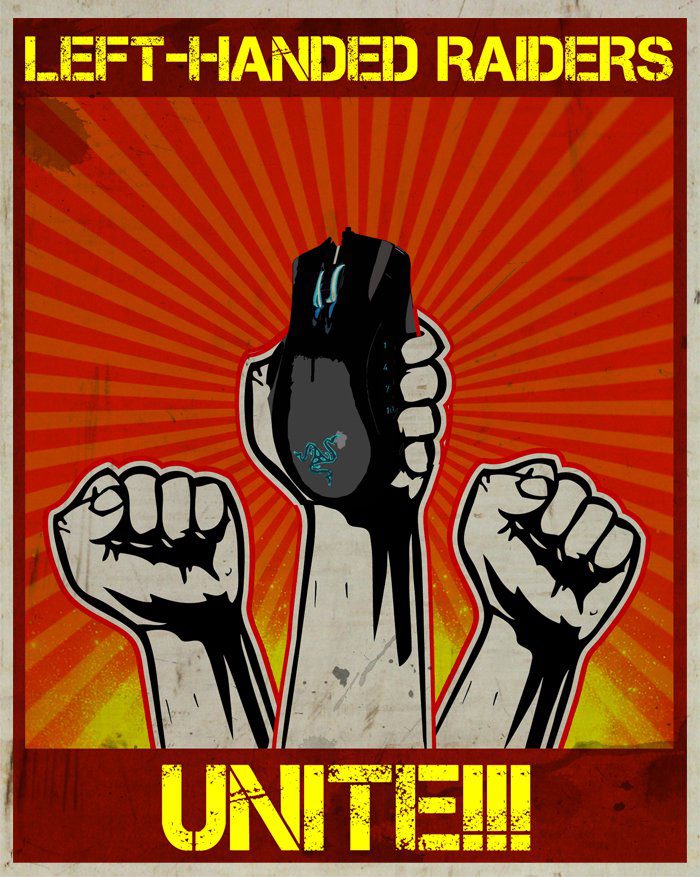 Carlsbad, Calif. – March 30th, 2012 – Razer™, the world leader in high-performance gaming hardware, is receiving an overwhelming response from its devoted community, and has decided to move forward with plans to release a left-handed version of its award-winning Naga MMO gaming mouse.

Razer CEO and Chief Gamer Min-Liang Tan promised left-handed users that the company would make a left-handed Naga if his post on Facebook reached 10,000 “Likes” before April 21. The community responded by hitting that lofty total in less than one week on March 29, more than three weeks before the deadline.

“That Facebook post generated more buzz than we could’ve ever imagined, which proves that there have been a number of gamers that have had their needs ignored for some time,” said Tan. “We pride ourselves on being gamers ourselves, and we all know that there is no substitute for gaming with your dominant hand.”

Razer became the first company to offer a left-handed gaming mouse two years ago, when the company announced its DeathAdder Left-Hand Edition. Proving that it’s still serious about serving the need of its legions of left-handed users, Razer’s latest Naga is only the second professional-grade gaming mouse designed specifically for left-handed users – and Razer makes both of them.

The community is a huge part of Razer, and that’s why we have a dedicated team of community specialists that monitor and interact with fans all over the world. Razer encourages any and all of its fans to connect with the company via Facebook (http://www.facebook.com/razer) and Twitter (http://www.twitter.com/cultofrazer), and share their ideas on what could be the next big announcement. We’re always listening.

17 MMO-optimized buttons
Program up to thousands of different in-game commands.

Maximum Comfort for Long Gaming Sessions
Game for days with the Razer Naga’s ergonomic design, optimized for easy access to every button.

About the Razer Group:
Razer™ is the world leader in high performance gaming hardware. Founded in 1998, with its headquarters in Carlsbad, California, the company has offices in nine cities around the globe.  Used by the most demanding professional gamers who compete in global tournaments, Razer provides gamers with the unfair advantage of cutting-edge technology and award-winning design. We live by our motto: For Gamers. By Gamers.™