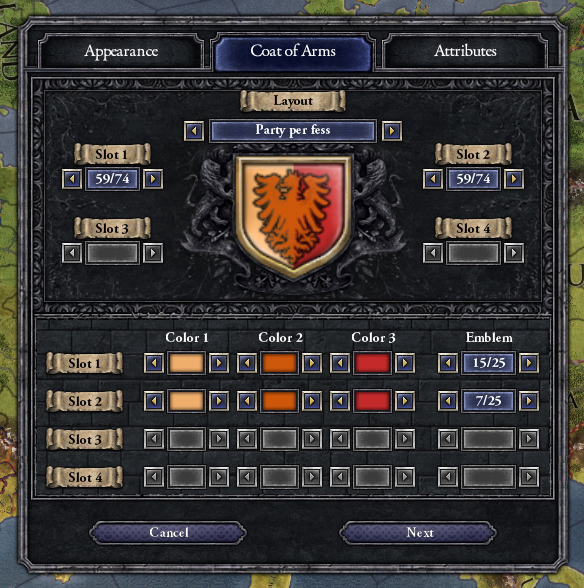 NEW YORK, March 30th, 2011 – The past is littered with the names of fallen monarchs, mad kings and usurped rulers. Ignominy is their legacy. Now is the time to create history’s greatest ruler in your own image as Paradox Interactive have today announced a brand new DLC for their hit strategy game Crusader Kings II allowing you to create and customize the most loved or most feared king or queen the world has ever known!

Who do you want to be today in Crusader Kings II? It is the question that every player faces; still finding that perfect character to play is always the challenge. You may have found the perfect place but well the man who has it just isn’t quite right. A stat is a little too low, that trait is a little annoying, he could really do with an heir, the less said about the nose the better, and why does he have such a stupid name?
With the new Crusader Kings II: Ruler Designer DLC all these are in your hands. Customize your character your way. Tweak and change any aspect of the character or even create an all new character and dynasty to play with. Create your portrait, change the name and dynasty and even customize your coat of arms. Change traits and stats at will and decide the size of the immediate family. The game that lets you choose your goals will now let you choose your character.

Crusader Kings II: Ruler Designer DLC will be released on the 17th of April to a suggested retail price of 4,99 USD.

The strategy/RPG Crusader Kings II is available via all major distribution platforms and selected retails outlets with a suggested retail price of $39.99.