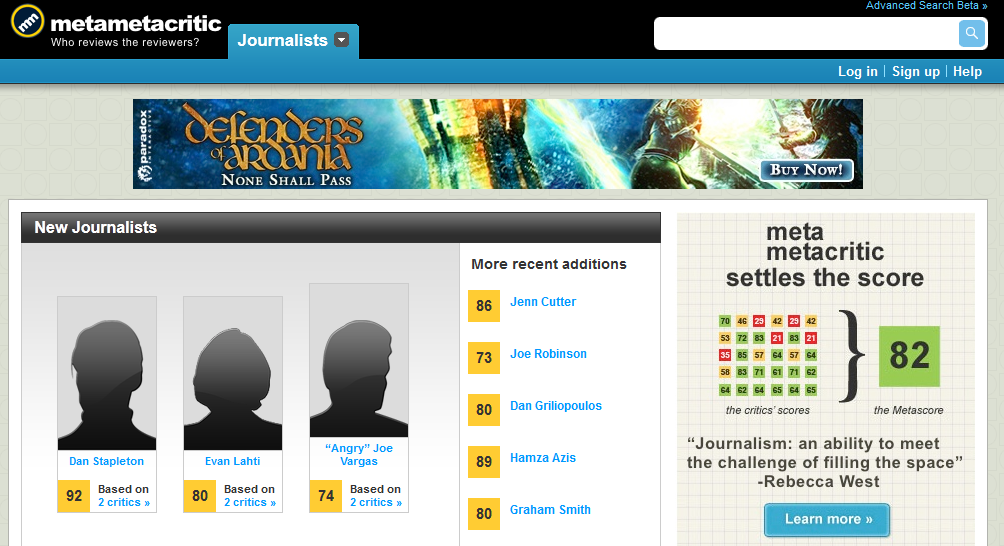 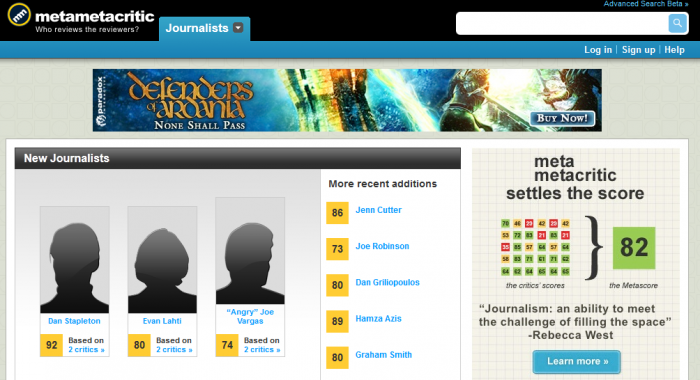 NEW YORK — April 1, 2012 — Paradox Interactive today launched an all-new platform to objectively quantify the art of games journalism. The new site, MetaMetaCritic (http://www.meta-metacritic.net ), provides publishers, developers, and readers alike with a quick and easy way to understand the world’s overall opinion of popular game journalists, with each writer receiving an aggregated score based on reader reviews of the reviewers. This new system will provide game-enthusiast enthusiasts with a better overall concept of these writers, and allow them to make easy read/browse/troll decisions before spending their hard-earned unique pageviews.

“MetaMetaCritic will provide a more accurate, balanced system for reviewer reviews,” said Lars Larsson at Paradox Interactive. “In a landscape with so many diverse scales for rating games journalists, it’s hard to get an idea who the best writers really are. We all have different criteria for what makes a good review. How do we measure value and re-read value? And some of us try to base our ratings on abstract concepts like tone, voice, or whether an article was ‘finished’ or not. I’ve seen a lot of reviews get criticized lately for releasing day-one counterpoints – and don’t get me started on the ending of the Mass Effect 3 review.” Larsson continued.