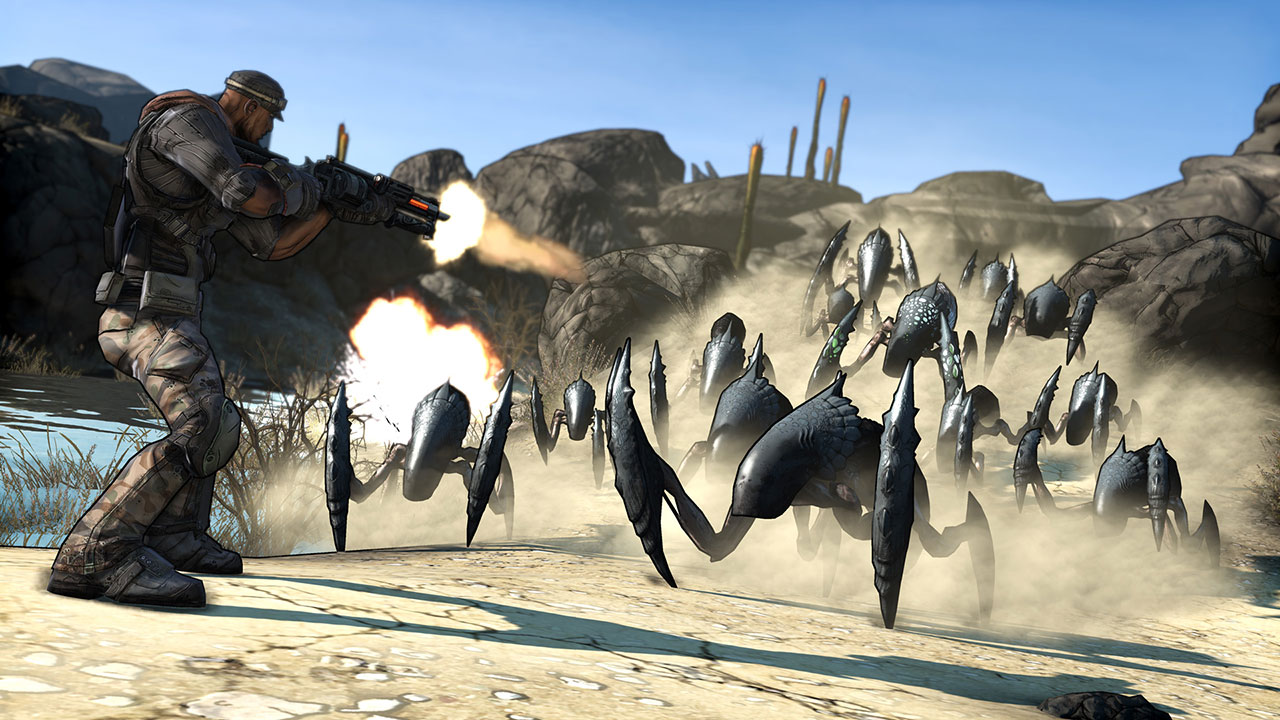 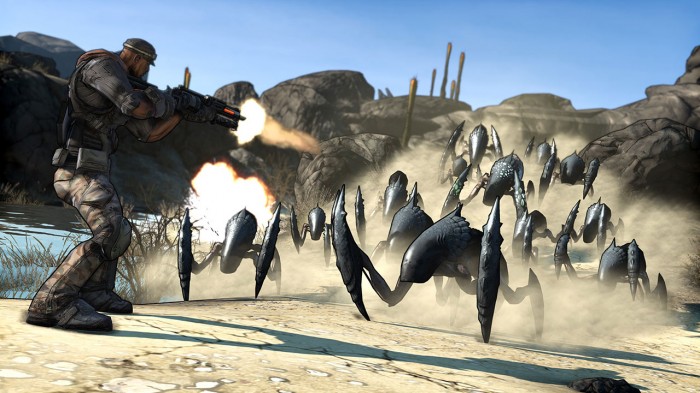 New York, NY, February 22, 2012 – 2K Games and Gearbox Software announced today that Borderlands™ 2, the sequel to the multi-million unit selling breakout hit, Borderlands™, will be available on the Xbox 360® video game and entertainment system from Microsoft, PlayStation®3 computer entertainment system and Windows-based PC in North America on September 18, 2012 and internationally on September 21, 2012. Currently in development by Gearbox Software, Borderlands 2 is the sequel to the critically acclaimed four-player cooperative shooter-looter that combined intense first-person mayhem with role-playing gameplay. In addition, fans who pre-order the title from participating retailers will receive access to the Borderlands 2 Premiere Club, including rewarding in-game items and bonuses.

Living up to the mantra “bigger, better and more badass,” Borderlands 2 features all-new characters; skills; imaginative, diverse new environments with unique missions and enemies; and more exciting and fun weapons, equipment and loot than ever before. All of these features come together in a story that takes players to the world of Pandora to take down the notorious Handsome Jack and his corrupt Hyperion Corporation as a solo campaign or with up to four cooperative players.

“The addictive gameplay and shooting and looting mayhem of the first Borderlands is back and better than ever in Borderlands 2, taking the franchise to an entirely new level,” said Christoph Hartmann, president of 2K. “With more guns, more enemies, more missions, an engaging story and all-new characters, Borderlands 2 promises to bring a new era to gaming this fall.”

Borderlands 2 will allow friends to play together locally via split-screen, as well as online with drop-in-drop-out capabilities. With seamless cooperative gameplay and action, Borderlands 2 is extremely accessible for gamers and their friends to play alone or together in a variety of configurations.

“Borderlands 2 is a passion project, through and through,” said Randy Pitchford, President of Gearbox Software. “The result is a sequel that has improved every successful aspect of Borderlands while innovating with an all-new experience.”

Gamers who pre-order Borderlands 2 from participating retailers will gain access to the Borderlands 2 Premiere Club, allowing them to download the Gearbox Gun Pack, a Golden Key and the Vault Hunter’s Relic. The Gearbox Gun Pack is a collection of unique guns to help players begin their journey on Pandora. The Golden Key is an in-game item used to unlock a rare item in the mysterious Golden Sanctuary Loot Chest found in Borderlands 2. The Vault Hunter’s Relic is an in-game item that boosts players’ gear-hunting fortune while playing solo or teaming up with friends. To pre-order Borderlands 2 please visit www.borderlands2.com/preorder.