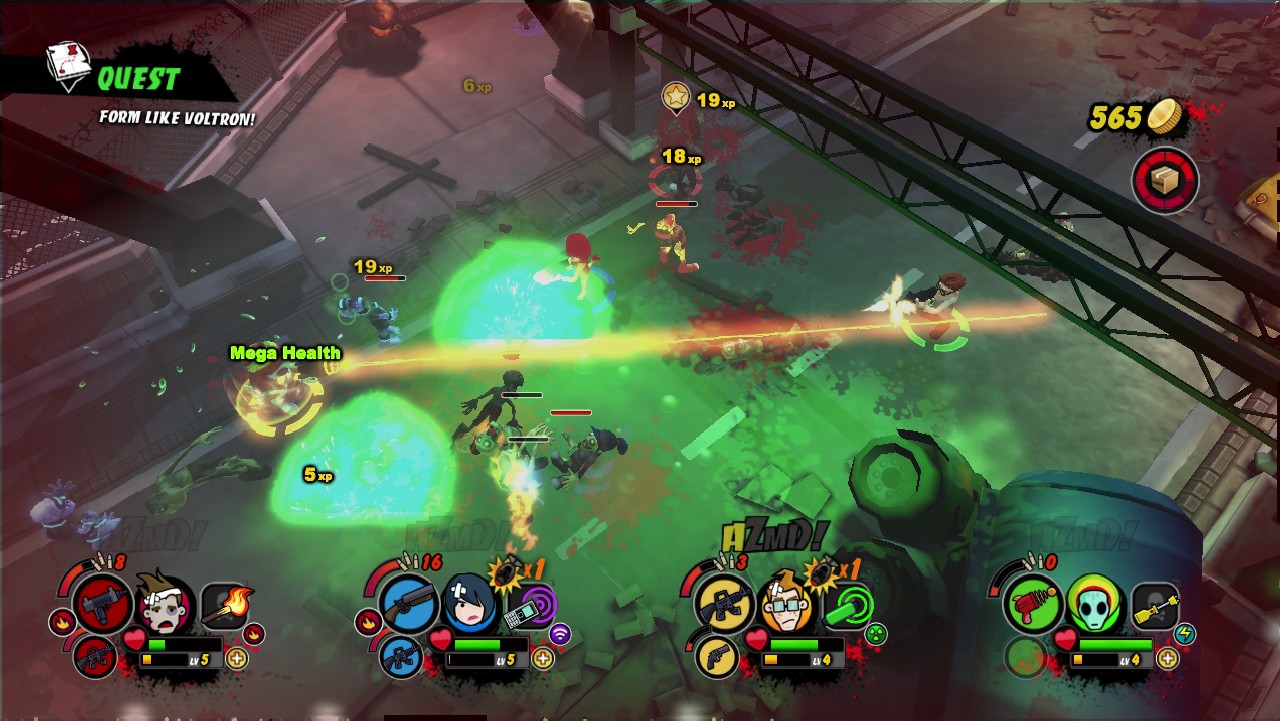 All Zombies Must Die! Review (XBLA) 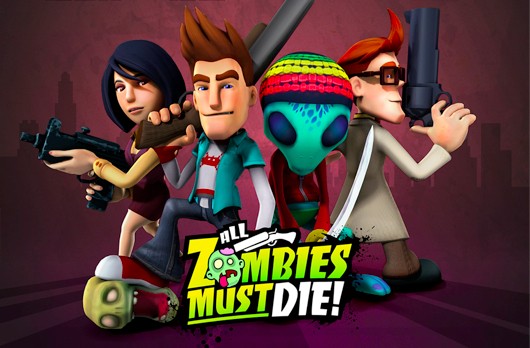 I’m an old school gamer as avid readers know, so as soon as I heard this title and saw how it was made my first thought was “Zombies Ate My Neighbors” that blasted onto the Super Nintendo and into the hearts of old school zombie hunters as you ran through 50s style camp saving the neighbors and killing the zombies.  So when I saw a trailer for All Zombies Must Die! I figured we were in for this generations version of the same game, just with updated graphics but what I found was a very well made game which while paying homage to the old game also pays homage to pop culture in general and doesn’t forget to be a good play. 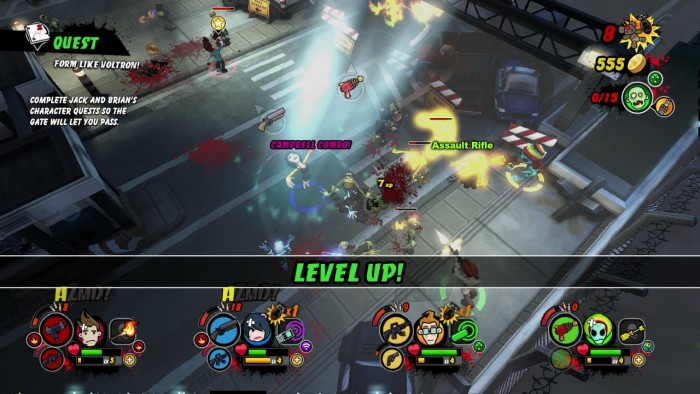 The game starts with you controlling a video game junkie named Jack who in the opening moments of the game says “Strange things are afoot in the town of Deadhill.”  Upon realizing the strange things afoot are zombies he says “cool!” and dives right into the fray.  In no time he has a shotgun and starts making “Campbell Combo”s with his Boomstick and kicking Ash all over the place.  All the pop culture references in the last couple sentences are nothing compared to the ones stacked all through the game, homages to camp, horror and the zombie genre in general.  Even a well seasoned zombie hunter like myself had to catch a couple of them more than once to get them.  The game even pays homage to video games themselves as Jack realizes slowly that everything happening in Deadhill seems a lot like a video game.  Missions seem like quests to him and when he has to fight a big zombie he mentions how much it feels like a boss fight in a video game.  He continues to break down the game while fighting his way through it and running into such characters as Rachel who upon seeing Jack points out “Apparently restraining orders don’t apply during the Apocalypse.”  Both the storyline and the dialogue itself is all camp and good fun, not taking itself seriously for a single moment.  The wonderful campy soundtrack helps reinforce the whole thing as well as the cartoon like graphics. 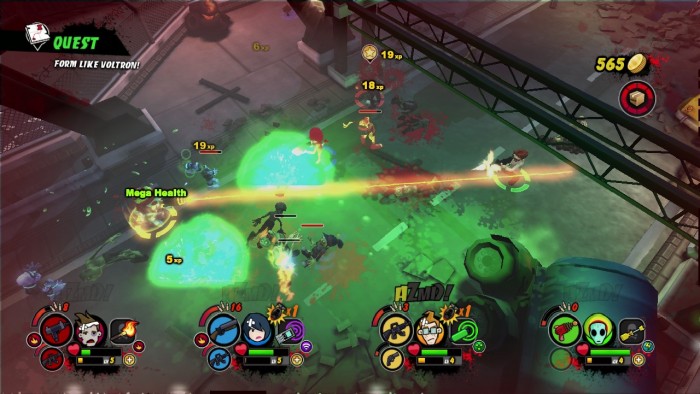 Just because a game is campy though doesn’t mean it is easy.  All Zombies Must Die! makes sure to have a steady enemy strength progression that if you explore a bit and take in the joy of wiping out zombies then you should find your strength matching theirs maintaining a solid difficulty.  If you find yourself hitting a level where you seem to be well out of you league you have the ability to go back a level and work at leveling yourself.  One of the game hints on the loading screen even suggests a bit of farming for better level matching and weapon upgrade ability.  Weapon upgrades and additions don’t miss their chance at camp either, such as when you get the cricket stick which was “made famous by a guy called Shaun.”  Upgrades are upgrades though and you find yourself relying on different weapons to survive different zombies and getting sillier weapons to take on bigger beasts.  Health boosts come in the form of cheeseburgers and cooked turkeys dropped by zombies, which goes into a whole sanitation and storage question that I think we will just skip in this review.

This game also requires the standard tactics of just about any zombie game, control of attack direction, watching your six while not getting cornered, all the survival skills you need for games that take themselves serious are necessary to surviving one that doesn’t.  Tactics come into play even more during local multiplayer where each of the characters you can play have their own strengths and weaknesses that play into the battle plans.  You can also use ability points to work on strengths and weaknesses of your characters as you level.

On the surface this seems like a simple cartoonish zombie game with tons of camp and pop references but it turns out to have a nice depth and a very solid level progression and enemy system.  All the tactics and gameplay strengths you would need for a serious zombie game can be found in this silly top down arcade shooter which has finally replaced my zombie camp love “Zombies At My Neighbors” as my favorite campy game of any genre.  As Jack says “a horde of zombies…a loaded shotgun…it’s Christmas!”