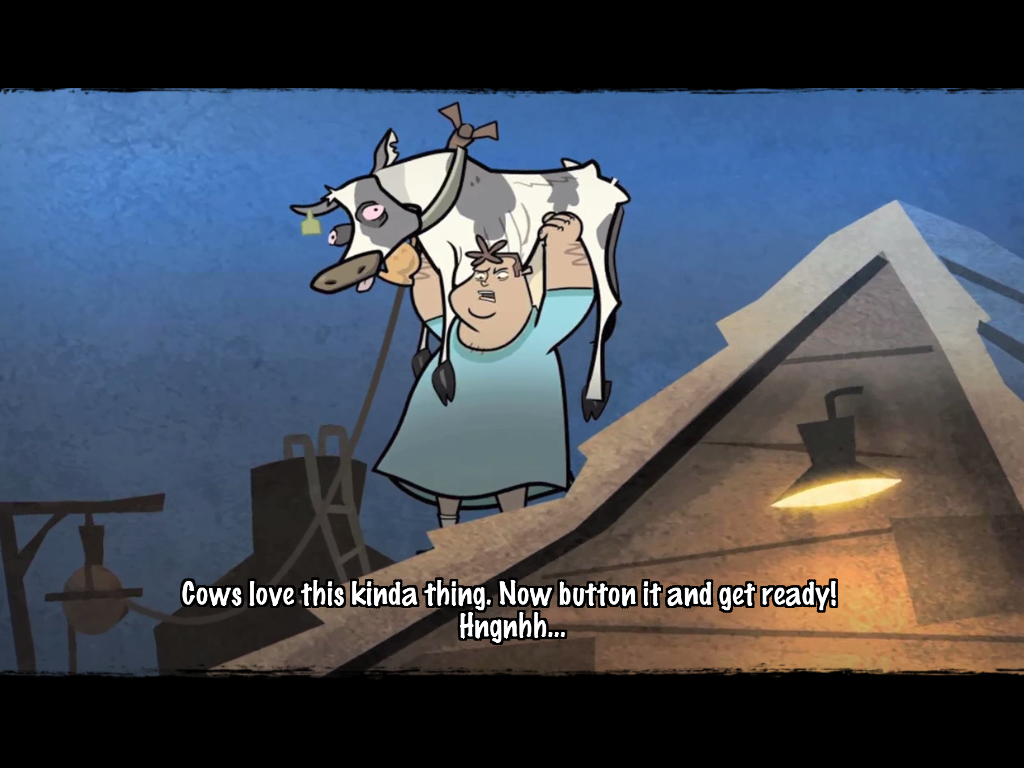 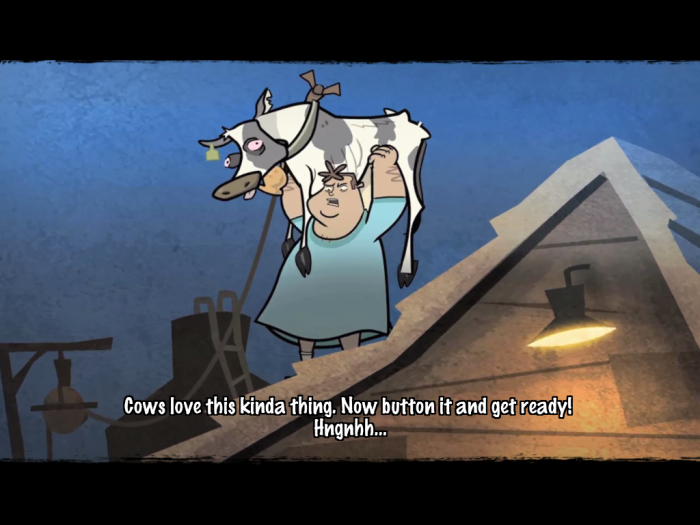 The story of the Hector Trilogy has been its strong suit since the beginning and Beyond Reasonable Doom continues this trend.  The story does pick right up where it ended with episode two, so make sure you have played through the other episodes first before picking up this game. Hector continues work on the case involving the Terrorist of Clapper’s Wreake using his personal syle of detective work, which involves questionable methods and morality.  Without spoiling the ending, or any of the other episodes while I’m at it, Beyond Reasonable Doom wraps up the trilogy nicely and leaves me satisfied in the story department. Overall, the story is well written and funny, with a British sensability to it.  While it won’t win any writing awards, Beyond Reasonable Doom does tie up all of the loose ends and characters into a nice little ending that will leave you smiling.  The writing has been easily the best part of the Hector series and has made me laugh hard more then once.

The gameplay of Beyond Reasonable Doom is the exact same as the other two episodes, point and click.  You will spend your time moving your mouse around the scene, looking for items to pick up, interact with, or to merge together.  The puzzles in this go around seem to be a little more logical and were easier for me to understand and comprehend.  There were a few puzzles in the earlier episodes that I just didn’t get the logic behind, but episode three steered clear of those traps.  The puzzles here just feel right, challenging enough to make you think, but not hard enough that you will want to bang your head on your keyboard.

The visuals of the Hector Trilogy have a hand drawn look to them and are just fun to look at.  The visuals make Clapper’s Wreake appear to be the unpleasent town that the characters say it is.  Everything is done in two dimensional art style that works nicely.  The locals are fun to look at and, in some cases, disturbing, but all have that particular sense of humor that Hector is known for.

The sound design for the game is adequate, but the voice acting, as before, is great.  The characters each have their own personality that comes through in the voice acting brilliantly.  Hector is done to perfection, the actor really makes him sound like the ass the dialogue makes him out to be.

The Hector Trilogy was a fun romp through Clapper’s Wreake.  The puzzles, with some exceptions, were logical and just challenging enough to give your brain a tweak.  The art direction fit the story perfectly, the locals were dirty and disturbing, the characters visually portrayed their personalities, and was completed in a two dimensional style.  The story line won’t win any awards for depth, but will keep you fully entertained for the entire three episodes.  Beyond Reasonable Doom ties up the story line quite nicely and gives the trilogy a nice little ending.  Overall, I felt that this trilogy, while not as good as this year’s Sam and Max trilogy, is worth playing for any fan of the point and click genre. 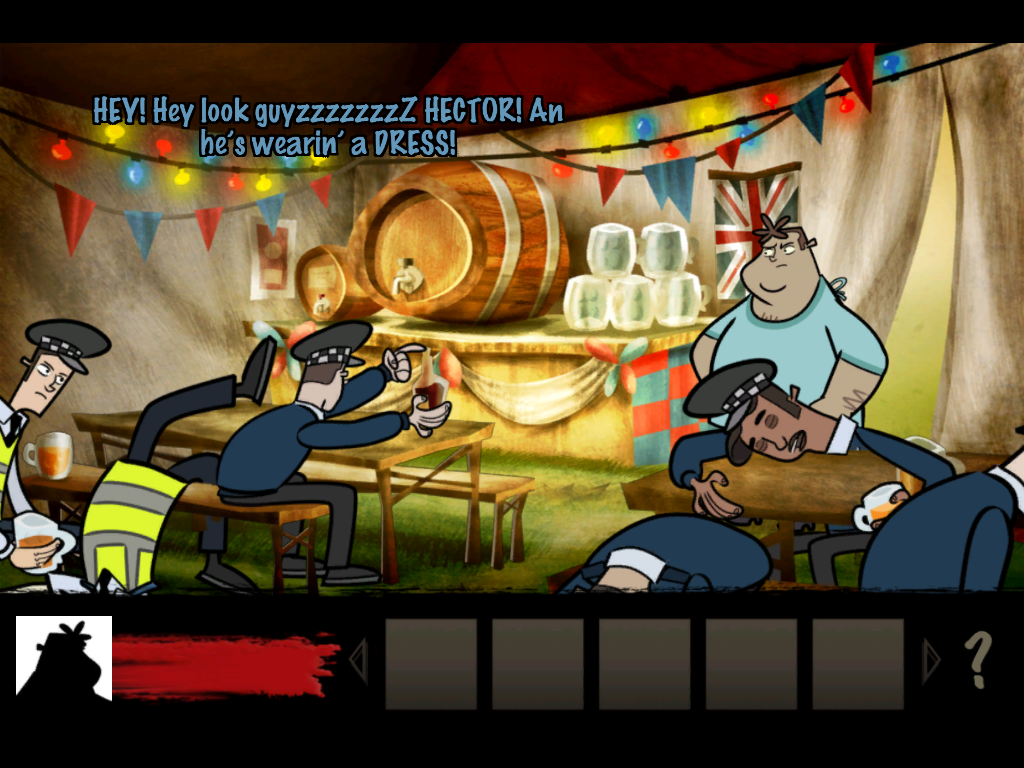 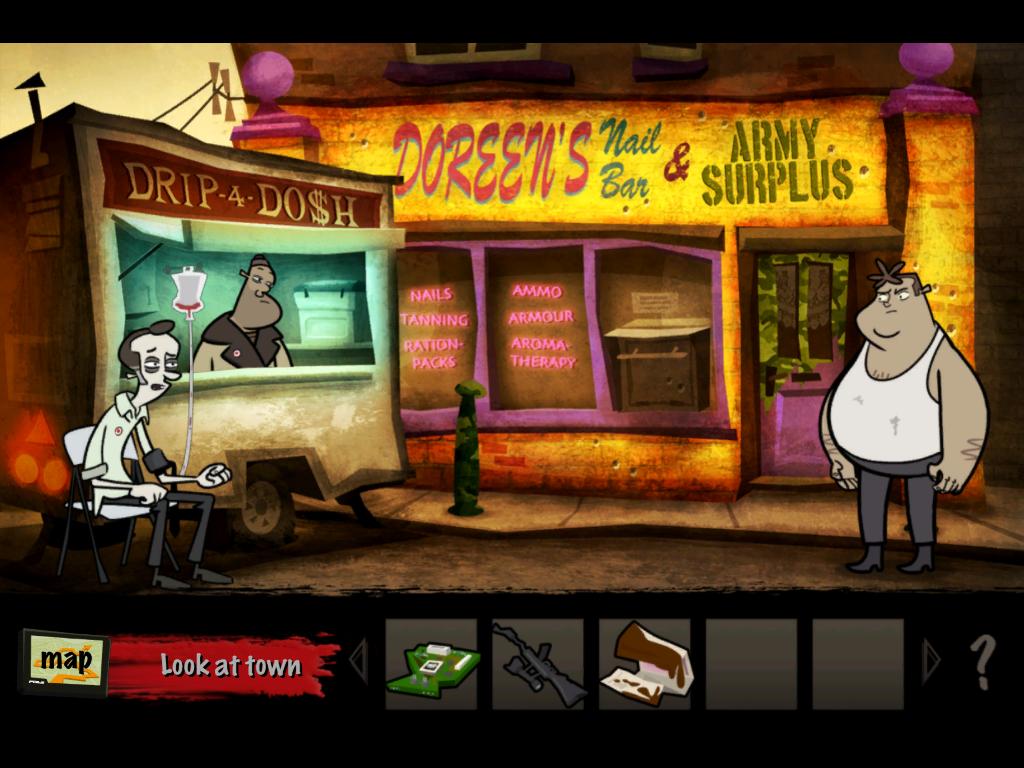