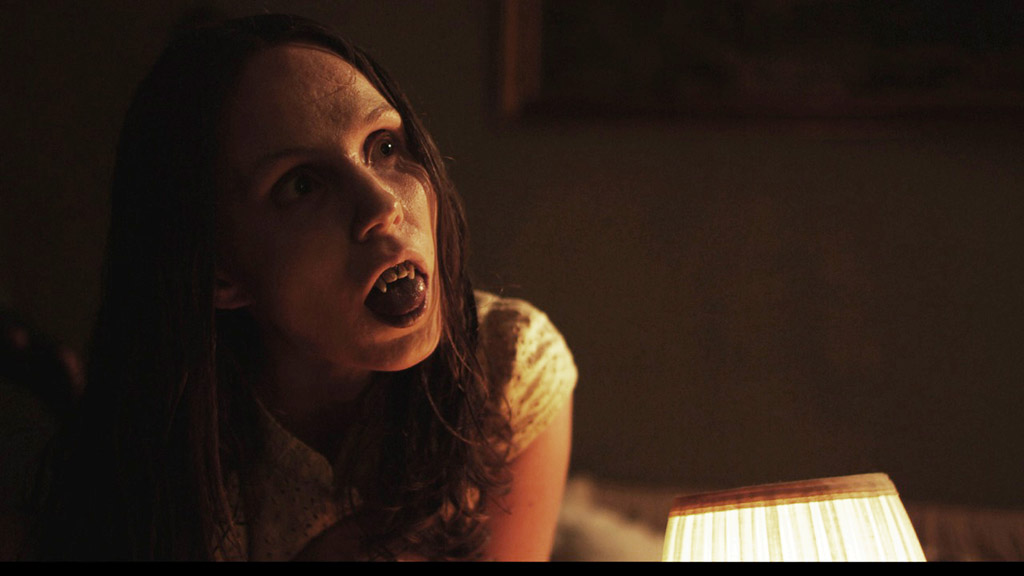 A “scamp” vampire tries to lure her prey.

This may be a bit too early for Halloween pieces (though you would not know it based on the number of The Thing stories we have posted of late) but a peculiar DVD arrived on the GamingShogun doorstep yesterday. The film was Jim Mickle’s Stake Land and, after having screened it, I thought I would post up my thoughts on what turned out to be a very welcome surprise.

The basic premise behind Stake Land is nothing that we haven’t seen before – a virulent plague has swept the globe, turning people into blood-thirsty vampires. Where Stake Land takes this been-done premise and makes it its own is in how it handles the tone of this wasteland. The story picks up shortly after the pandemic has taken its toll, with the world’s human population seriously dwindling and society in a post-apocalyptic state. A vampire hunter, “Mister”, has taken on a ward, “Martin” (nice George Romero flick reference), after the boy’s parents are killed by a vampire. The two then begin a trek from the bible belt to somewhere up North known as “New Eden” – a place where there is said to be civilization and a fresh start.

Stake Land is a very serious film. Unlike Zombieland or Shaun of the Dead, Stake Land pulls no punches and has a gritty, serious tone that, at times, borders on Threads in how it details the ways humans interact after the downfall of society. There is next to no humor to be found in this flick, which makes it a very tense experience to endure if you are looking for a feel-good splatter flick or horror movie. 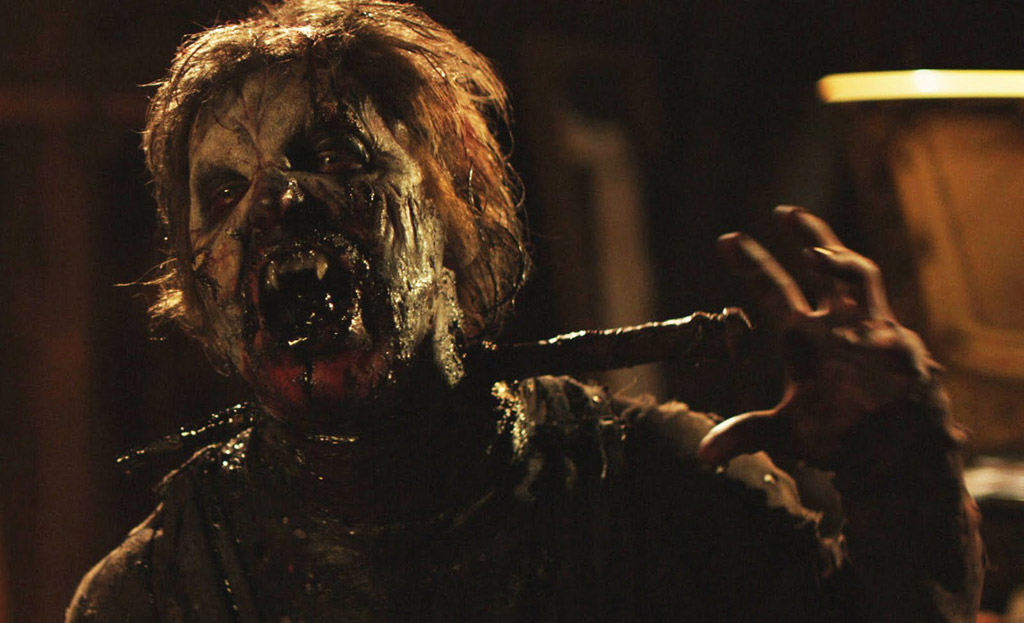 Staking them in the neck like that does not work!

The cast does a wonderful job with the material, with genre favorite Danielle Harris playing the role of a young pregnant girl who ends up with the ragtag group and Nick Damici, who made a serious splash with the After Dark Horrorfest title Mulberry Street, as the vampire hunter imparting his knowledge upon Martin, played by Connor Paolo. Over the course of the story, characters come and go – often times illustrating just how fragile life is in this wasteland, and Mickle is not afraid of killing off central characters for the purposes of story or still-living character development.

The special effects work in Stake Land is generally practical (of the non-CGI variety), looks great, and is smartly-lit which helps lend itself to the gritty tone of the other parts of the film. The vampires resemble a cross between the rat folk from Mickle’s previous horror outing, Mulberry Street and a zombie – being sufficiently different from other vampire portrayals to be interesting. 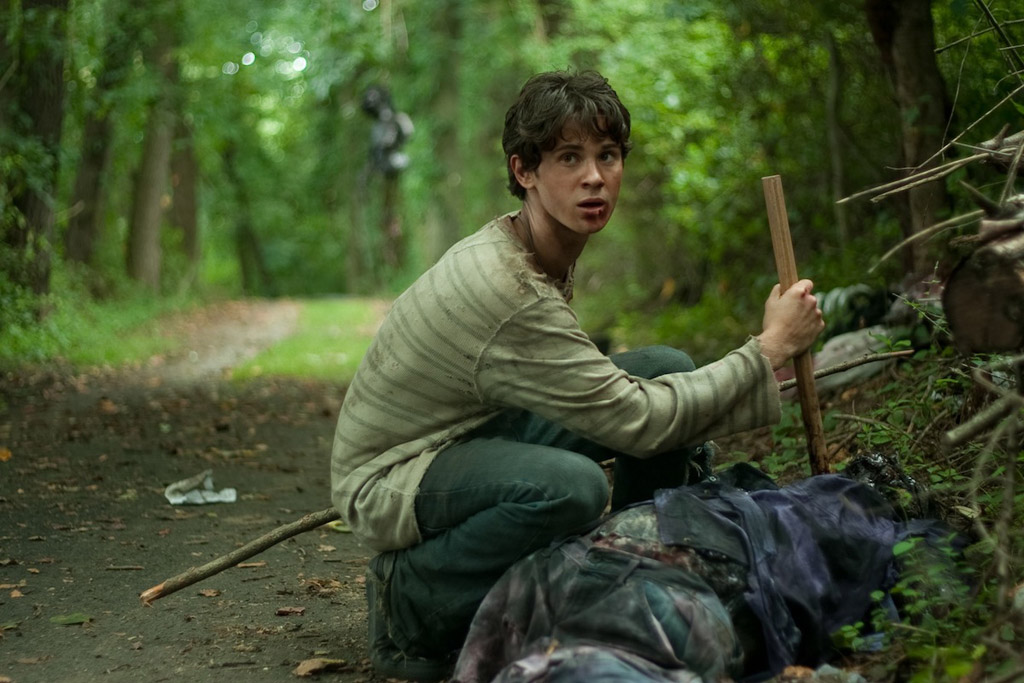 Martin, played by Connor Paolo, checks out a corpse.

At its wooden stake-pierced heart, Stake Land is about the journey of a young man making the peril-filled trip from boyhood to manhood and also plays on the roles of parents and family in general with regards to that upbringing. There are a lot of angles playing here and the film is definitely worth the watch.

Stake Land is set to release on both DVD and Blu-ray disks come August 2, 2011.