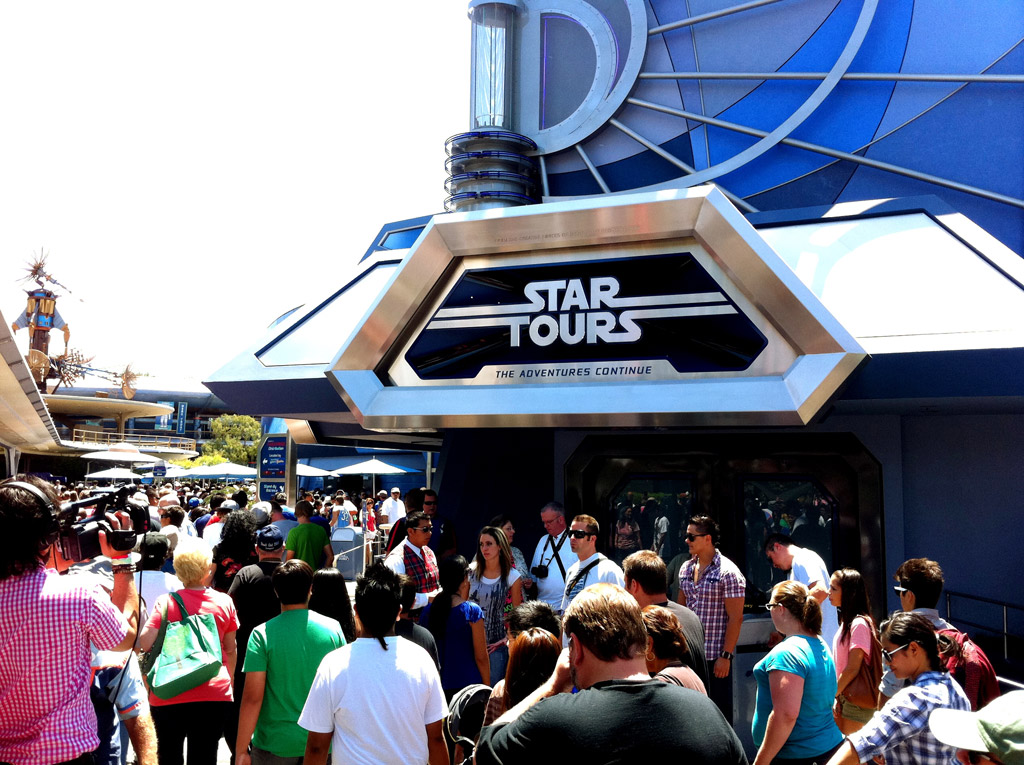 After much fanfare and anticipation, Disneyland has opened up its re-vamped Star Tours attraction. We finally got our chance to hit the park in Anaheim, CA and spent the day riding attractions and generally having a blast. We would like to thank Disneyland PR for making this possible, as they waived us in to check everything out.

The queue for Star Tours 2 takes the same path that the original’s did. In fact, very little has been done to the physical structure of the queue area. C-3PO and R2-D2 still verbally spar back and forth, with updated humor and dialogue that fully entertained us as we winded our way through the line. It was really nice to hear Anthony Daniels doing the voice of “Threepio” again. At this point, he just is that character.  The queue’s large information screen has been greatly updated in terms of visual quality, now showing HD pictures and video of various Star Tours destinations as well as flight information. A hint on the videos shown throughout the queue – pay attention to the female voice you hear. Sound familiar? That’s Allison Janney! The conveyor belt of luggage and parts that used to speed overhead is now gone (kind of a bummer as it just feels empty above the audience now) and instead one of the web-footed droids is doing x-ray luggage checks below you. This provides a lot of humor and entertainment, mainly by what contents are found in the various luggage bags whizzing by. Stormtrooper helmets, droid parts, the uniform of Mr. Incredible… Lots of little nods to other IPs. In a strange anachronism, the “Rex” pilot droids from the original ride are found below the queue area in boxes marked “defective”. The new ride is set many, many years prior to the old one, however, so this doesn’t make sense as they were supposedly a new droid model at that point.

The ride visuals are outstanding, and the 3D effect works seamlessly with the physical pilot in front of you as well as the smaller screen on the forward-right side of the cabin. The CGI is crisp and believable – especially when in space and interactive with starships, etc. The CGI has come a long way since the new trilogy of Star Wars films and even the planetary sequences are a sight to behold. The ride itself is actually made up of 54 permutations of possible events/locations. There are several possible opening sequences and destinations that riders might experience, making the ride (hopefully) different each time you ride it. This was originally one of the ideas for the first Star Tours, but due to expense and logistical issues, it was unable to come to fruition. Riders may find themselves on Naboo, Tattooing, Hoth, the Forest Moon of Endor – and a lot more. Additionally, there are several characters from the Star Wars universe who also interact with the riders and other on-screen elements. From Boba Fett to Princess Leia – even Yoda! In one memorable ride-through, Darth Vader used the force to shake the ride cabin about without breaking a sweat. Now, before fans call “lamesauce!”, it is all done within the bounds of the Star Wars universe. Darth Vader does not force-jump onto the cabin in space-flight or anything like that – the cabin is in a space station awaiting takeoff.

The one negative part of the Star Tours 2 experience is in the cabin’s motion. The motion of the cabin itself was far too “squishy” and “soft” – actually taking away from the amazing visuals we witnessed. It felt more like we were watching a 3D movie with some minor movements rather than being inside a simulator experience. When the cabin was struck by an on-screen element in the ride’s previous incarnation, there would be a violent jolt and it made a sound similar to what you would hear inside an airplane when experiencing heavy turbulence. The hit effects in Star Tours 2 just don’t feel violent enough and you rarely feel as though you have to hold onto the arm rests throughout the experience. In fact, several people I spoke to in line claimed that they got motion sickness on the original Star Tours but had no issues now. While Disneyland and Lucas may be catering to a wider audience here – they are doing it at the expense of the ride experience.

Overall, the new Star Tours attraction is a wonderful ride that brings new life to the IP as well as to the ride itself thanks to its multiple twists and possible paths. I seriously doubt that the new Star Tours will age as quickly as the original did. The only thing that would make the new ride perfect would be tweaking the ride motions to be slightly more violent and simulation-like. Rating: A- 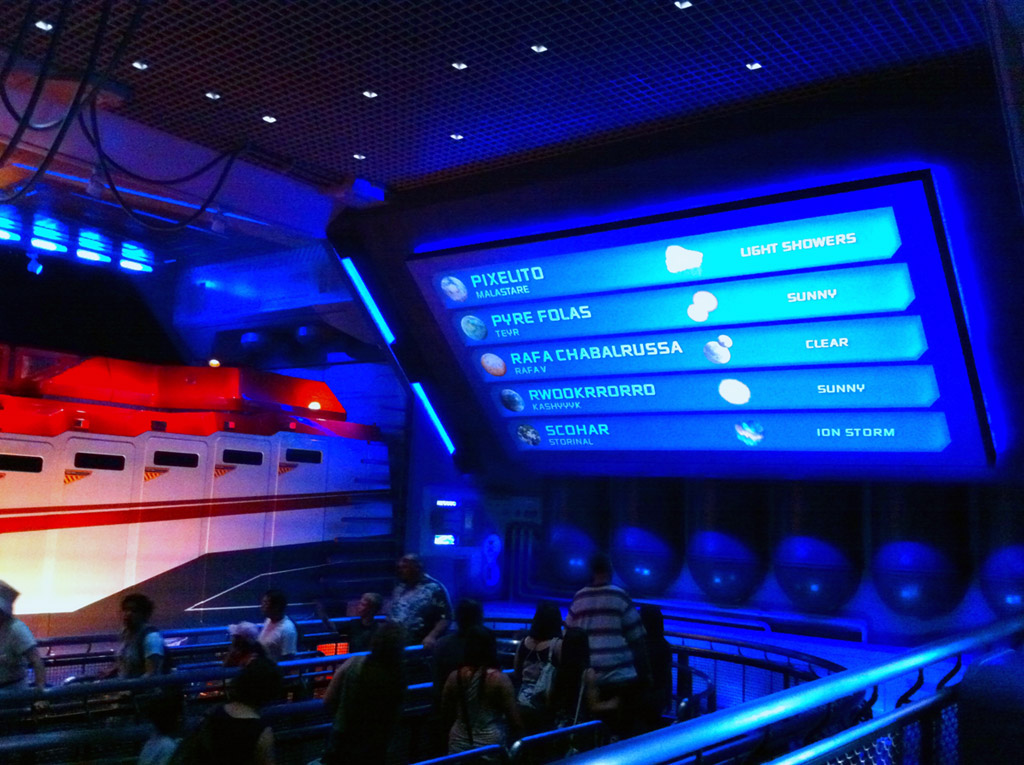 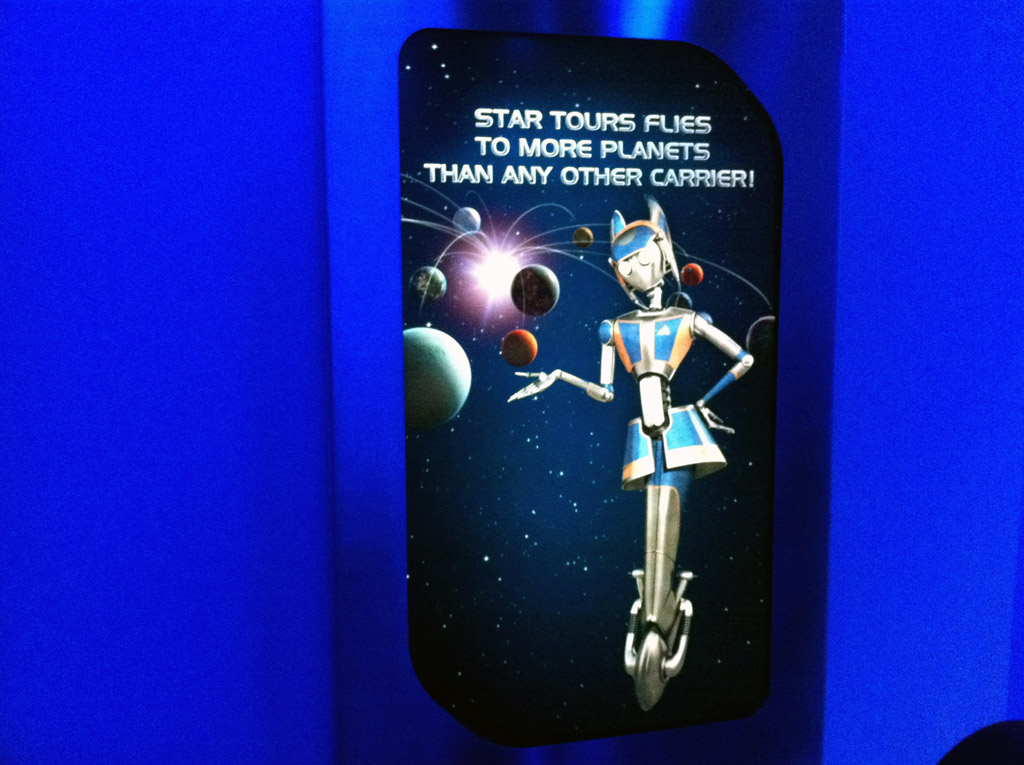 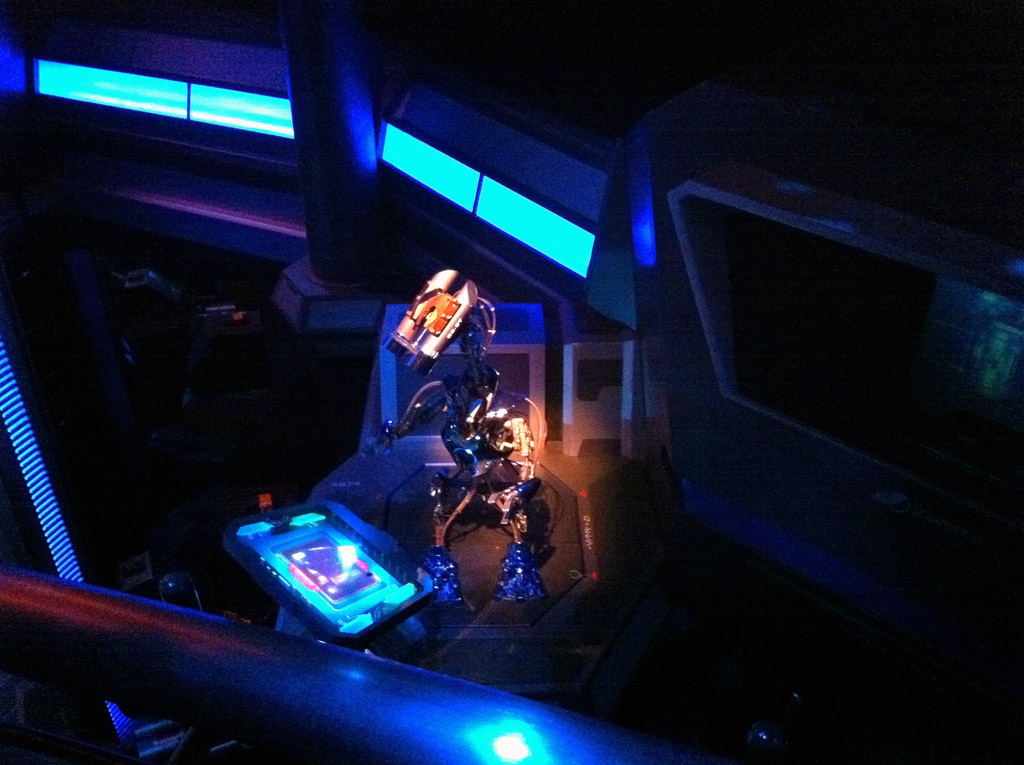 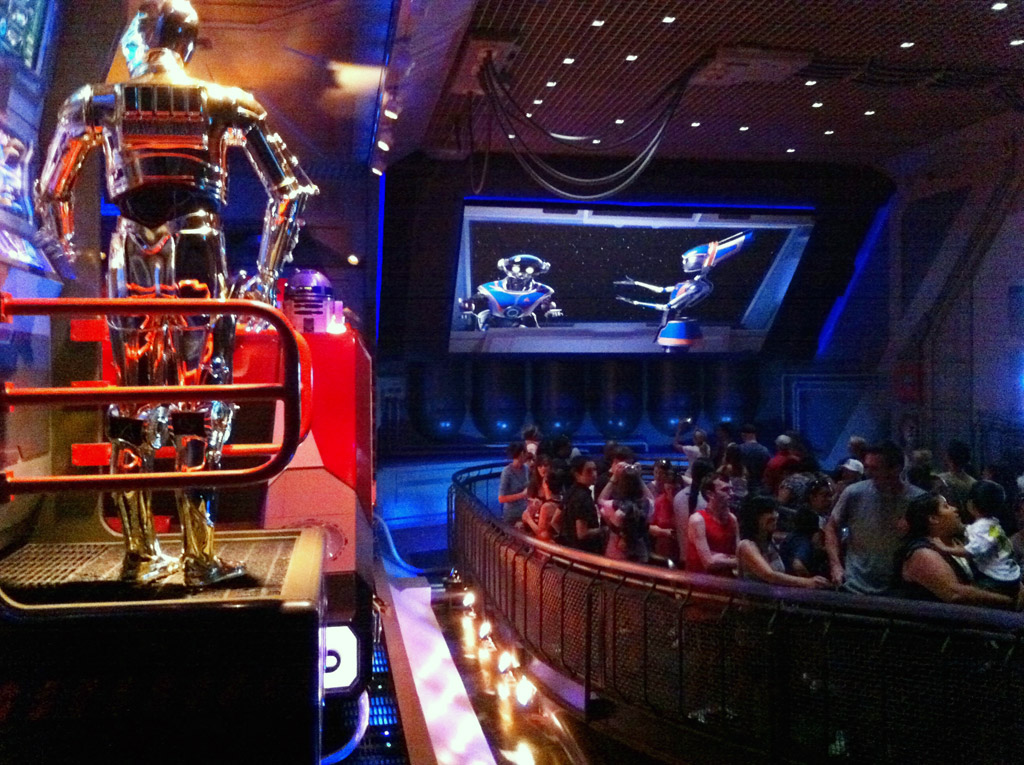 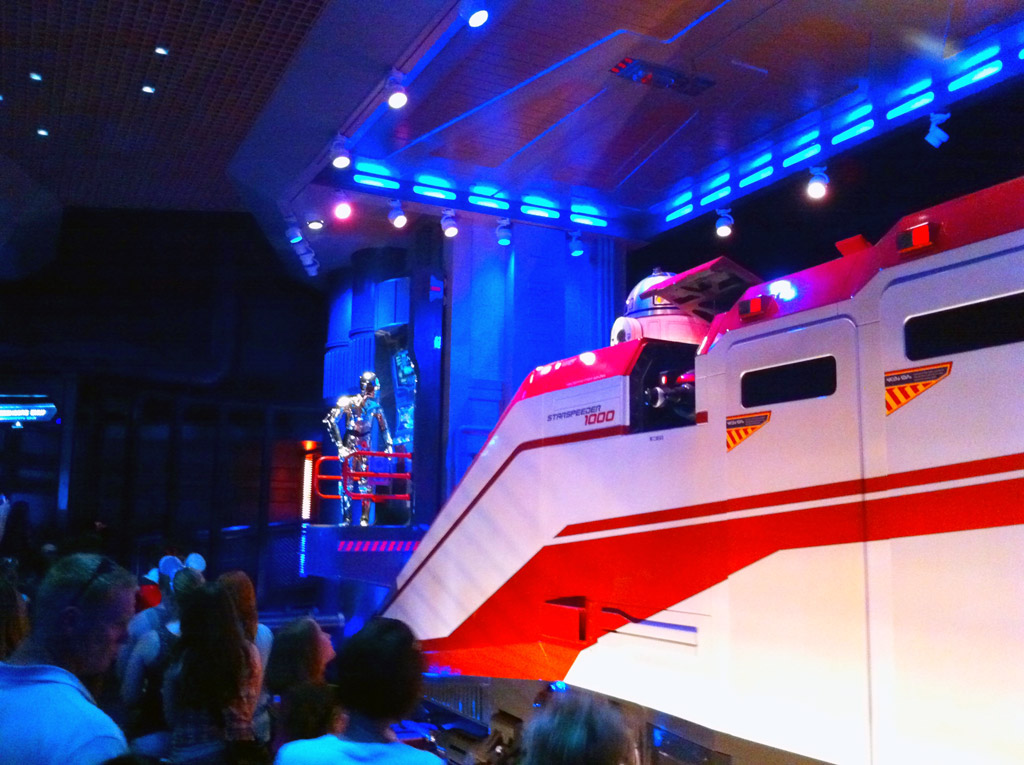 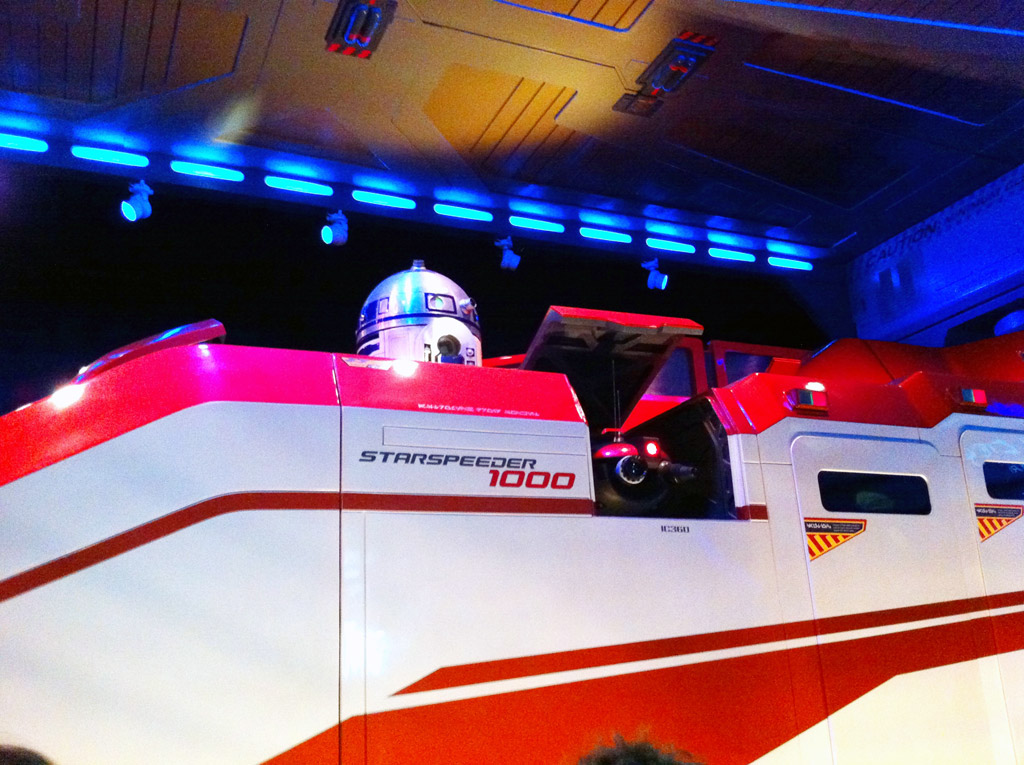 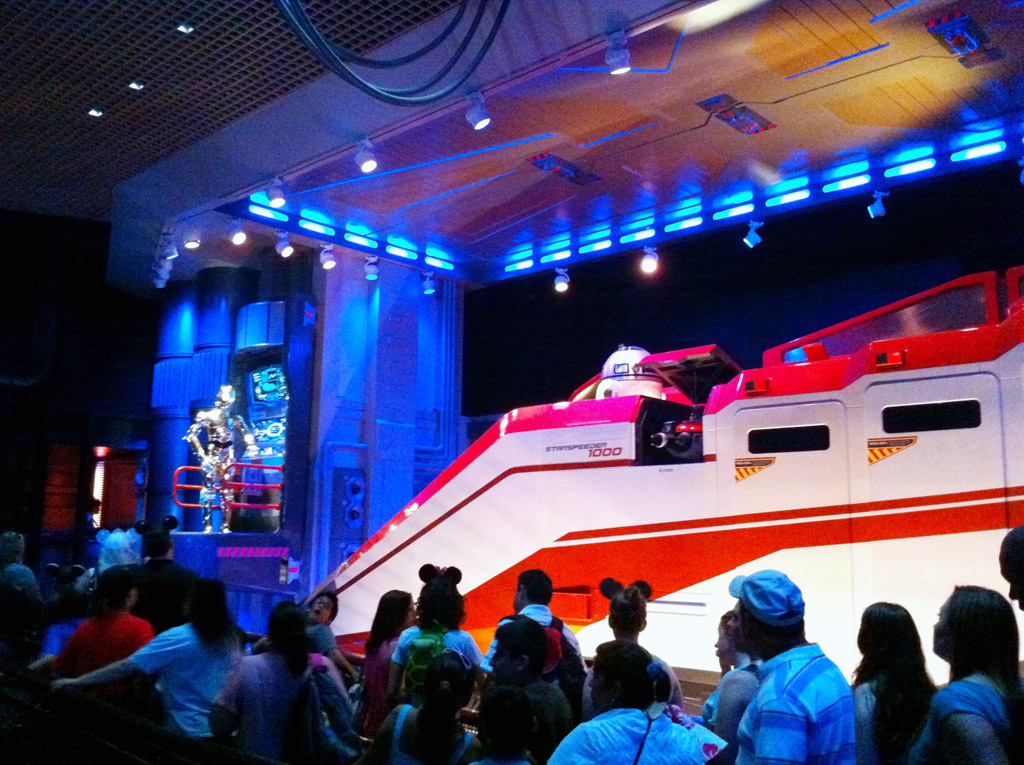 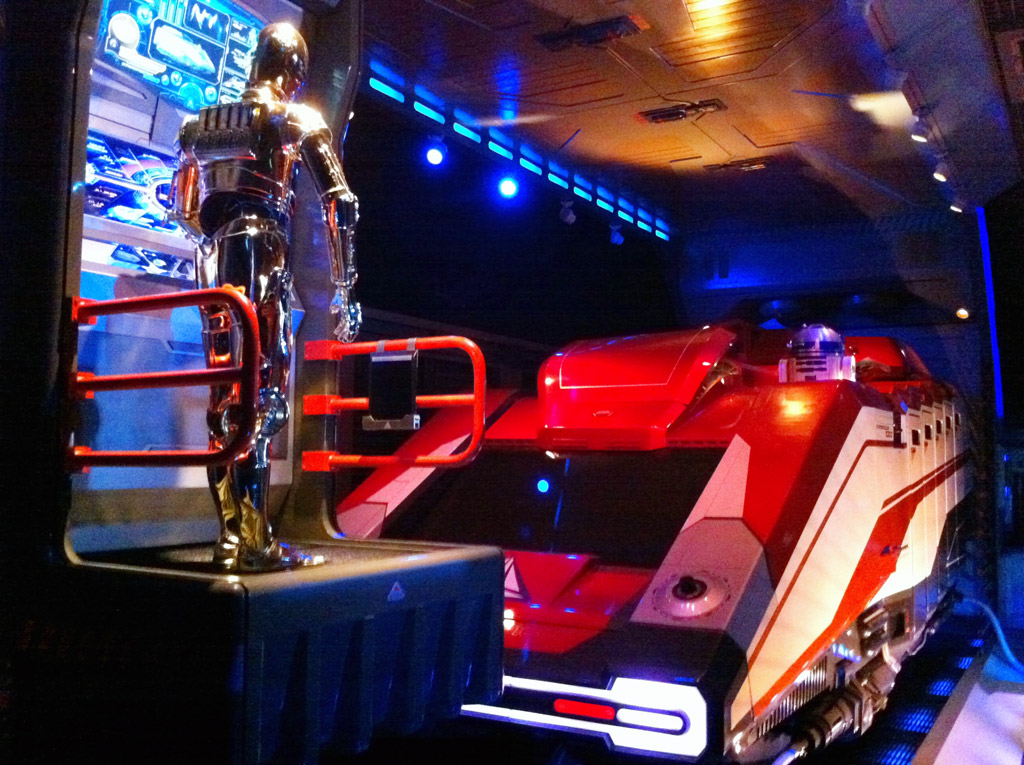