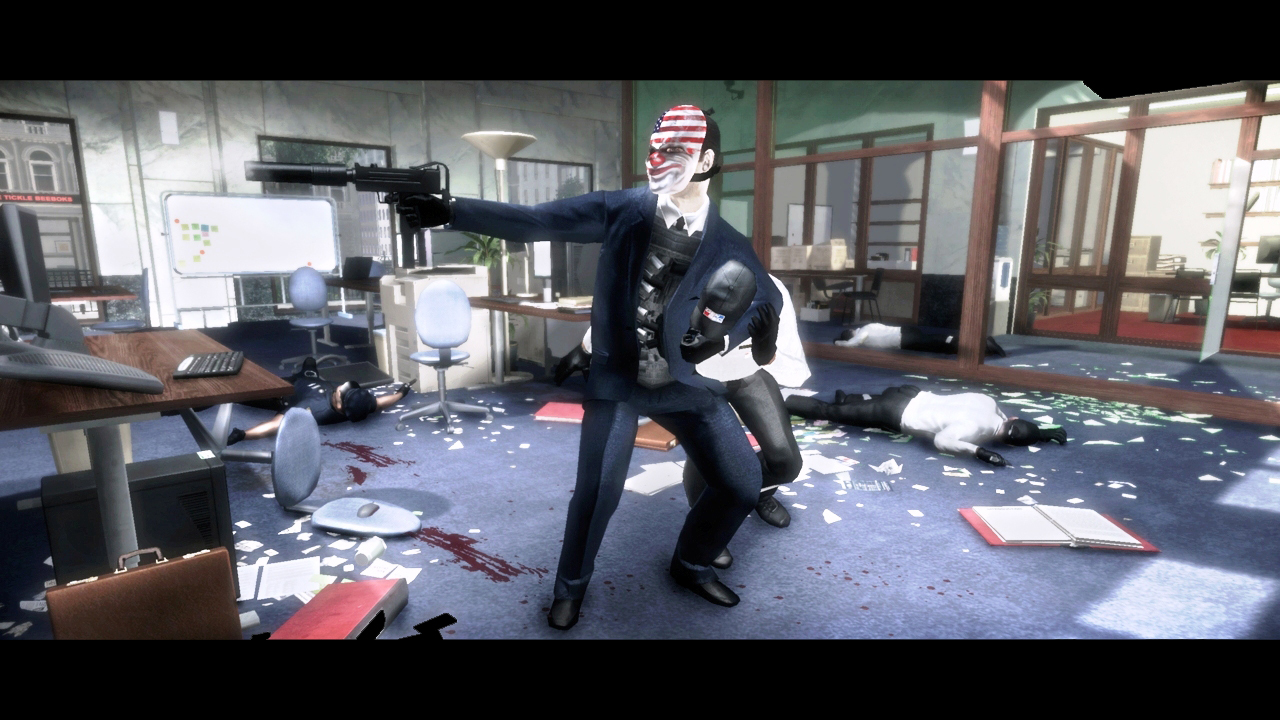 Talk of E3 – PAYDAY: The Heist

PAYDAY: The Heist is a premier quality downloadable game designed to deliver a unique spin on the First Person Shooter genre. As an intense, gritty and unapologetic episodic co-operative shooter, PAYDAY is packed with cocky attitude, epic Hollywood-inspired action and endless replayability.

With six action-packed heists to complete at launch, players embark on a spectacular crime tour of heists, including shooting their way through a downtown bank vault robbery, trading hostages in an armored car hijacking and even a moonlit infiltration of a high-security headquarters.

Additionally, PAYDAY: The Heist challenges players with dynamic environments and adaptive enemy tactics meaning no scenario will ever play out the same way twice. Players will have to work together, assigning team members to various tasks guarding key positions, keeping civilians in check and cracking through various security measures, while surviving wave after wave of law enforcement that shift their strategies based on player actions. 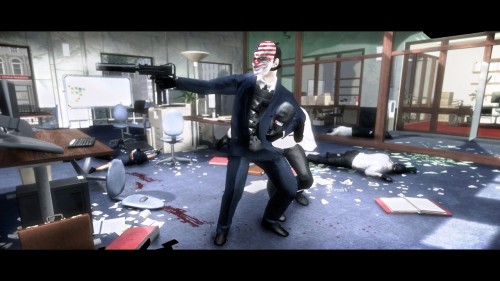 Six High-Intensity Heists to Pull: Whether you’re blowing the roof off a building to extract a safe via helicopter or emptying the vault at the First World Bank, these action packed heists will have players checking their six in the living room.

Interactive Co-op Gameplay: Whether AI or live, your crew of four must operate as one to bring home the bacon. Sharing extra ammo and medic kits, helping regen wounded partners, distributing tasks like guarding key positions, taking civilian hostages or cracking through various security measures. It’s one for all and all for one.

Shout Out Button: Players need to be vocal and shout commands and directions to the co-op crew, as well as hostages and the police if they want to survive to spend their cut of the take.

Hostage Trading: Hostages can be a lifeline. If anyone in the crew is taken into custody, trade hostages to get crew members back and increase the odds of completing your objectives.

PlayStation or PC: For keyboard and mouse marksman, as well as handheld controller snipers, PAYDAY is the uber FPS for a high intensity shooter fix.

More DLC in the form of additional heists, weapons and equipment means PAYDAY—a digitally distributed AAA quality title for less than half the price of a retail game—is total OVERKILL. 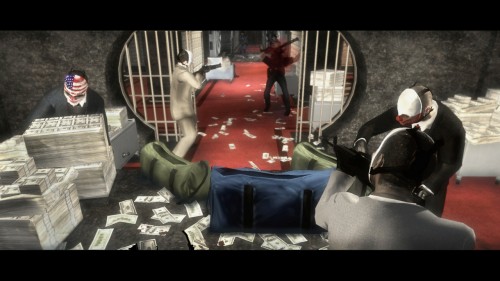 I was walking around E3 and heard a couple guys talking about a game saying “It’s like they watched the beginning of Batman and based the game off the Joker’s robbery.”  That sounded kind of interesting to me so I decided I would keep an eye out.  I went on about the conference and later heard a couple guys talking and saying “Hey did you try that heist game?  That thing is so much fun!”  Not realizing it was the same game I kept an eye out for that too.  Then I came around a corner and saw this: 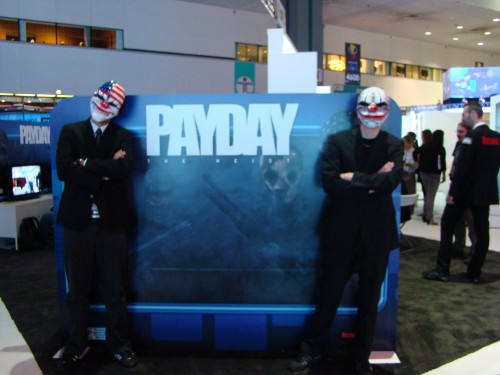 Well that kind of grabs your attention.  And right behind it is a kiosk full of gaming stations all full with players and onlookers.  As I looked on each player took on a role in the heist, some being overly aggressive and getting themselves caught, others playing it cool, trying to control the bank employees while watching for the police.  It is a scene from many movies though obviously an homage to one.  As I stood there watching, a man in a black suit with the red word “Overkill” across his back stood beside me and started talking about it.  Had I ever wanted to be running through traffic trying to get to the van like in the movie Heat?  Did I like the beginning of The Dark Knight and wish I had been one of the Joker’s henchman?  So they had planned homages and had planned to come into E3 quietly and become the word of mouth sensation by their theatrics and dynamic demo.  They didn’t announce the existence of the company until a short time before E3 then didn’t announce they were going to be there until the week before.  It seemed this tactic worked pretty well for them because the gamers weren’t the only ones paying attention, so were the judges and nominations got heaped upon the game.  But did it play as well as it looked? 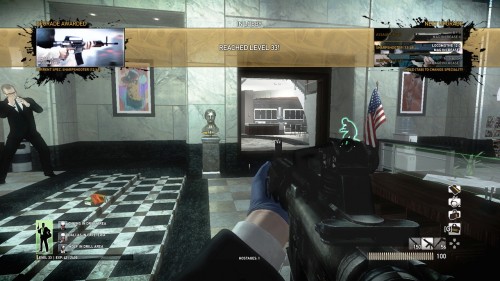 The game’s premise seems simple on the surface but is more sophisticated when you got hands on.  Much like an actual heist things can go down a lot of different ways.  As a result there is a bit of a learning curve, especially for casual gamers so a bit of patience is required while you get the hang of things.  Once you do though this game sucks you in, the idea and the plot one that every guy who has every seen a heist movie has entertained at least in a daydream.

This game snuck into the show and soon stole a good portion of the FPS crowd’s attention.  Was it because of the novelty of playing the robbers from a scene from a movie or the theatrics of the costumes on the representatives?  It’s hard to say but I do know I will be looking forward to the full game’s release and seeing if the play lives up to the hype.