• Sniper: Ghost Warrior 2 takes all the precise controls and skill of sniping and mixes it with stealth and silent elimination play, action scenes, a co-operative move playbook
• Night vision and thermo vision goggles to use in limited visibility situations
• Vehicle sections are a new addition to the Sniper series
• Multiple and varied locations including urban, jungle, mountain and tundra environments

• Realistic ballistics take into account the player’s location, wind speed and direction, breathing rate and distance from the target
• Snipers do not fight alone in the real world and nor do they in Sniper 2. Working with your spotter is key
• All environments are based on real-world locations
• An array of faithfully recreated weapons are at your disposal, including six sniper rifles, three assault rifles, heavy machine guns, and more 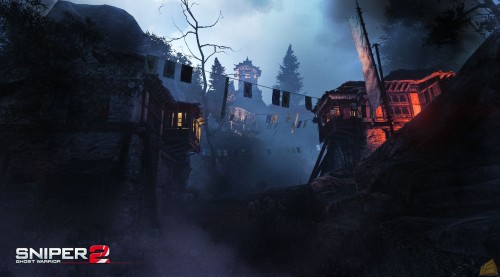 This demo was grouped together with another City Interactive title ‘Combat Wings:The Great Battles Of World War II’ which unfortunately got off to a fairly late start that had some journalists in the room looking at their watches worried about their next appointments and ending the demonstration of this game pretty early to get the next group in on time.  So as a result the cinematics and mission briefing information was skipped to just show some actual in game play which was still very impressive.  Beautifully rendered graphics made for rich environments which will include jungle, urban, arctic, just to name a few.  For the demo they chose the jungles of Malaise which showed off the rendering far more than arctic may have with all the leaves and vines and old buildings but the engine will get a workout in the arctic when it comes to visibility no doubt.  Wind, distance, and bullet drop all effect your shot and as in real life sniping if you miss the first time you may not get a second shot.  Having played it many times our demonstrator was able to speed us through kills, hitting on the first shot despite all these conditions and give us beautiful bullet cam cinematics.  Since each cinematic is exactly rendered and tailored to your shot the strength of the CryEngine3 did not take long to show off.  I was loving every minute of the demonstration and truly wished it hadn’t had to be cut short.  Knife kill is new in this game so if you need to get closer to your next target without drawing attention you can stick them where it hurts and drop them silently.  You had better be careful on your approach though, the AI has been dramatically improved and though you no longer have to worry about the enemy immediately knowing where you are you do have to worry about how they react if they do catch you.  Also there are opportunities to ride around in vehicles, which though new to the series, isn’t very new to first person shooting and is kind of surprising it wasn’t in the first game (though as guess as the title implies it concentrated on the sniping). 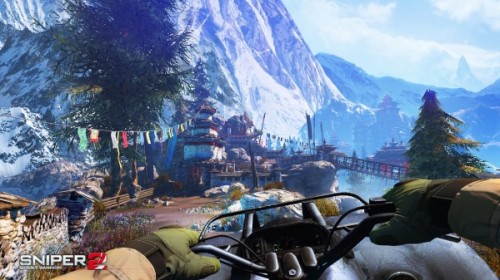 Personally one of the most exciting aspects of the game to me and one I wish would get implemented into more games was the ability to switch out scopes on the fly.  That’s right, you can pick from your stash of scopes and unscrew one and put another on so that you can use a different scope for each kill or conditions.  This weapon versatility seems like a simple addition, but in the world of first person shooters this is a very exciting addition.  I am looking forward to playing this game for that reason alone, though play times is expected to run about 10 hours.  Multiplayer modes specially designed for sniper versus sniper fights will keep the gameplay fresh past the campaign.  They even put in Objective respawn to help stop campers.

The team really seem to take into consideration the complaints and issues of the first game and not only made a graphically amazing sequel but fixed the issues that plagued players in the first place.  Add to that the ability to switch out scopes at a moment’s notice and I can see this being a VERY successful sequel worthy of the game’s name. 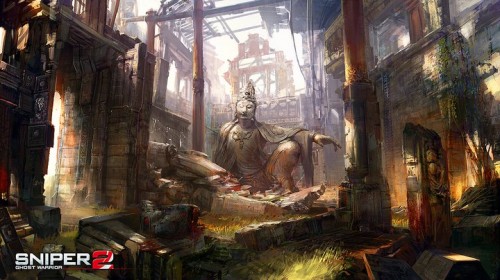