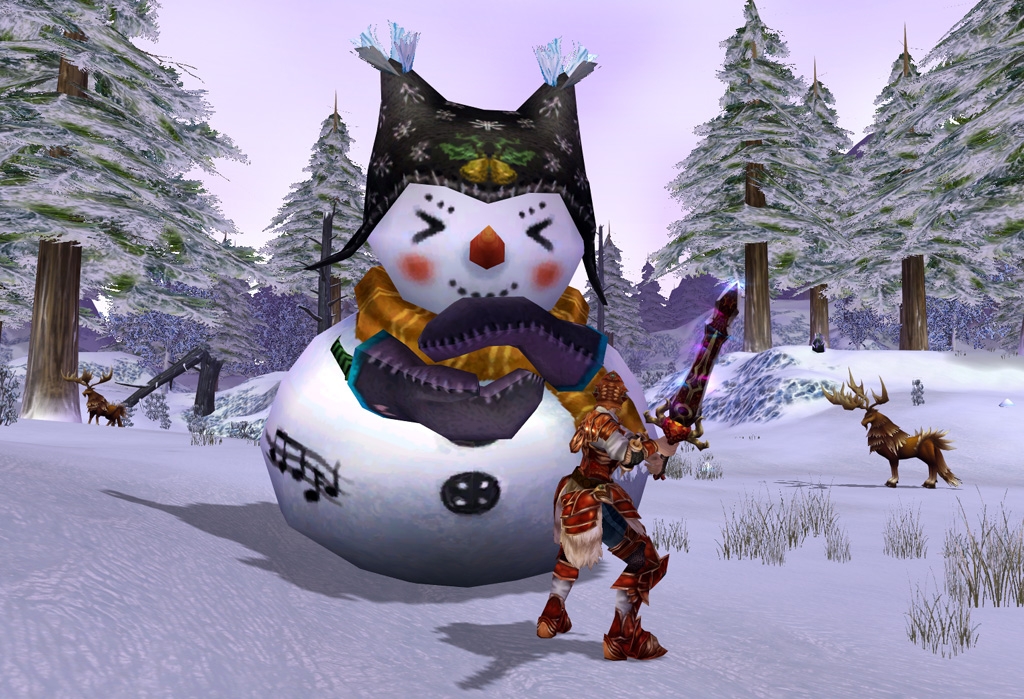 Runes Of Magic: Lands Of Despair And The Challenge Hands On Preview(E3)

This week ‘Runes Of Magic Chapter IV – Lands of Despair,’ released telling the story of a mighty yet mysterious demon who is throwing the world of Taborea into turmoil.  As part of his devious plan, he has released a horrifying contagion across the land, turning the inhabitants of entire villages into soulless zombies. Even Annelia, daughter of Lord Grafu, has joined his ranks as a young apprentice and has been consumed by the darkness inside her.  Venture deep into two new, perilous, high-level zones, each bringing along a brand new instance for both groups and raiders, 6 and 12 player instances. Participate in the new Public Encounters and grab those new quests waiting for you, leveling all the way up to 67. Heroes that wish to ensure the safety of the old lands can help defend against the impending invasion in the World Battlefield.  You also now get the option of choosing a third class for your character!  Pick up the 3rd class quest in Varanas and teleport to the new starting area, the Coast of Opportunity, to level-up your new class.  And it is still free to play!

This game is really nice and hard to believe with the graphics quality and the complexity of the game platform that it is a free to play game.  In this installment the world is basically being increased by 25% with 20 new areas.  It is going from dual to triple class format but players should know only two of the classes can be active at a time.  Bag space is being increased as is the size of the mount and pet bags which, let’s face it, for collectors you want as much room for as many of both of those as possible (if you collect mounts make sure to pick up the steelseries QcK Limited Edition mouse pad, it comes with a permanent mount!). Few things are more frustrating than running around and getting loot and having to pick and choose because of bag space.  The game competes with subscription platforms for quality and earns it’s money through mini-transactions such as pets and mounts.  It is possible though to play the core game and have a great experience without paying real life dough.  That’s kinda important in these days where most “free” games are actually free to play, pay to win.  The world design is also interesting since the game is made in Japan but the developers are based out of California so it has a Western game feel with an Asian blend making for a very interesting building style and game philosophy.  The team was excited about their project and very gung-ho about getting it out into the public and getting word out that they may be on the fourth chapter, the game is not just alive and well but growing in great strides.  Their passion and dedication shows.

Runes Of Magic:  The Challenge:

Based off the same world discussed above, Runes Of Magic: The Challenge is a new Facebook app/game from the same developers as the Runes Of Magic series this is an independent game relying on Facebook technology.  It is designed to be attractive to the casual gamer but prize cards can be won playing Challenge that can be redeemed in the full Runes of Magic game.

“Runes of Magic is the first free-to-play MMO game ever to expand into the social networks sphere with a rich, full, social gaming experience that will appeal to fantasy fans of all ages – independently of whether they play the full client game or not”, comments Lars Koschin, CEO of Frogster America, Inc. “With the success of Runes of Magic among core MMO players, it was a natural decision to build upon the franchise by taking it to a genre with mass market appeal and the powerful viral approach of the rapidly evolving social networks. The result is ’Runes of Magic – The Challenge’ for Facebook.”

The graphics for this Facebook game look amazing, it is kinda hard to believe that browser technology has gotten so good that such nice looking games can pop out of Facebook apps.  It is turn based and playable with friends and has only a 100mb download with an 8 gb client.  I see players of the main game REALLY gravitating towards this side game simply for the codes that can be earned.  Casual gamers and casual Facebook gamers will probably try this out, get their codes and give the main game a chance.  It has a lot of the standard MMO elements that  appeal to the casual player yet the hardcore grinder or raider will have plenty to keep them occupied working on Challenge to get codes and on Lands of Despair for game progression.  This was an amazingly smart move that should have been thought of by more game developers sooner.  Kudos Frogster. 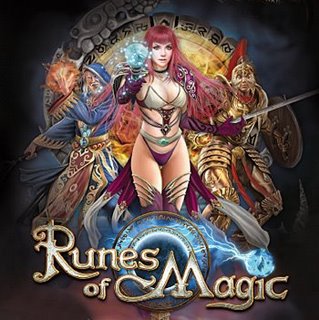 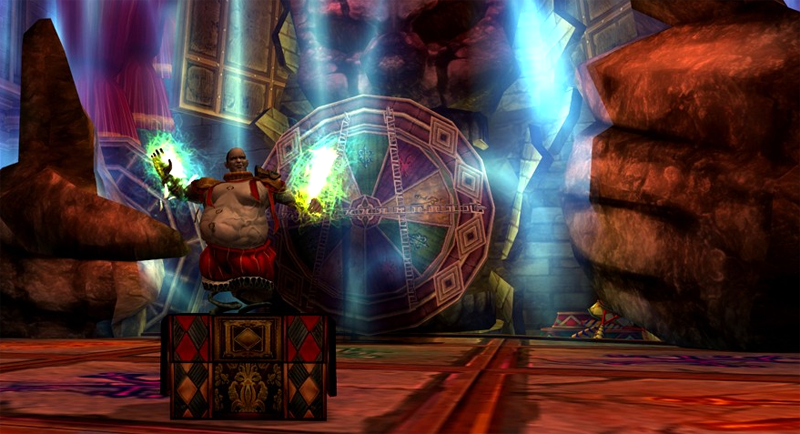