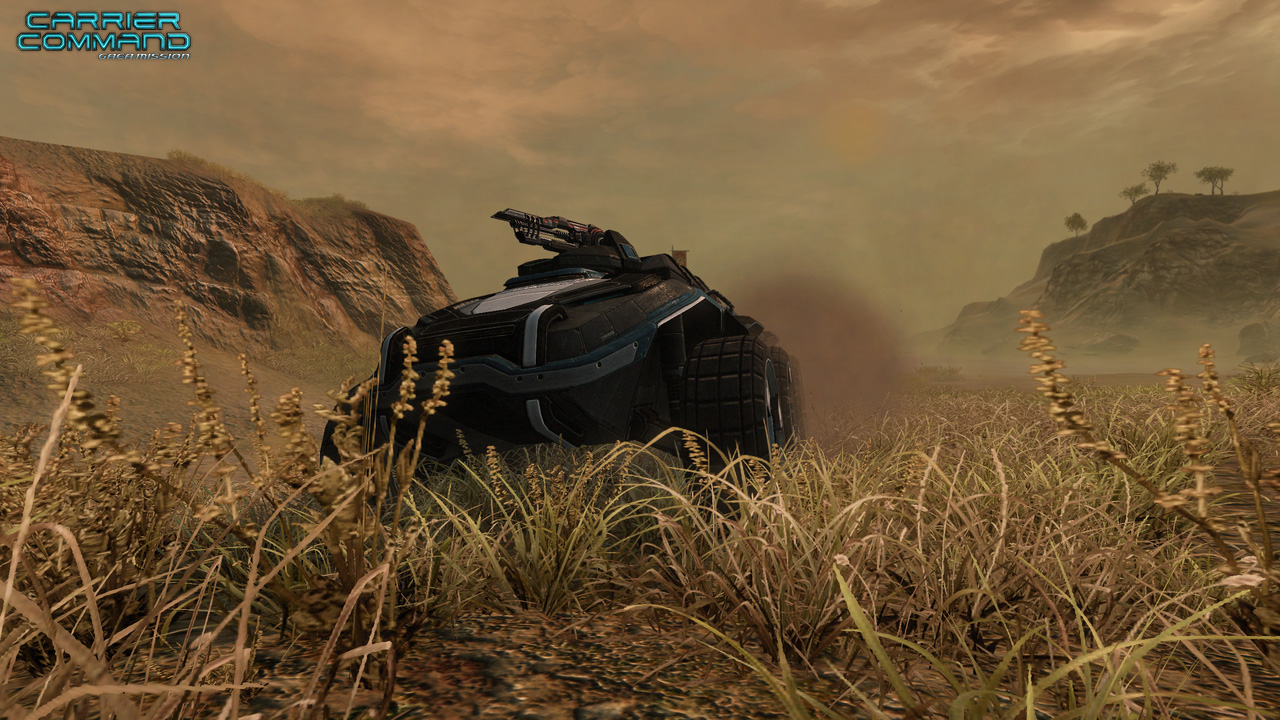 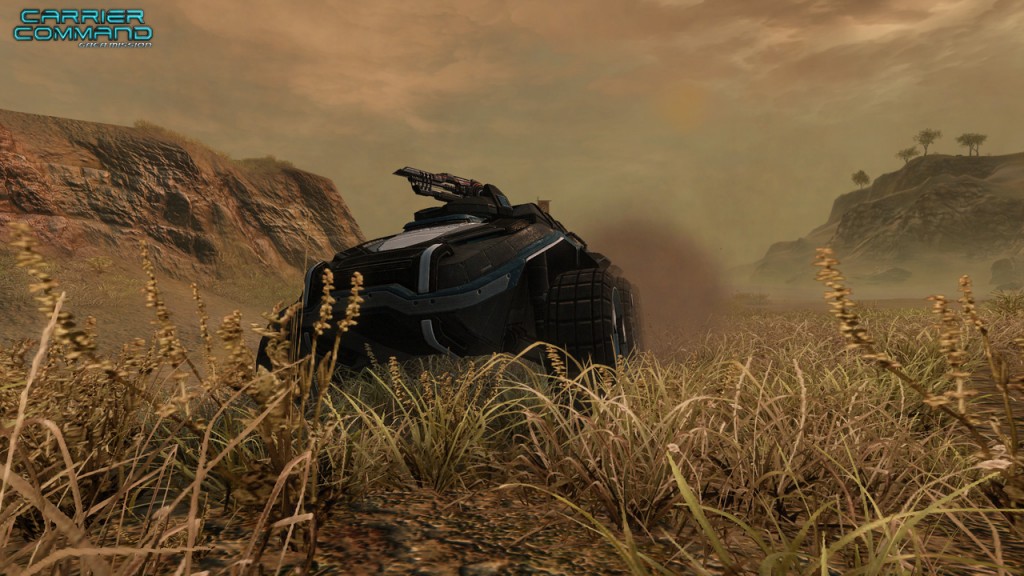 One of my personal gems of this year’s Electronic Entertainment Expo was Bohemia Interactive’s upcoming Carrier Command: Gaea Mission. The game is a re-imagining of the classic Amiga game where players take on the role of the commander of a battlecruiser complete with aircraft, landing craft, and an arsenal of offensive missiles and defensive turrets. The goal: Destroy the OTHER battlecruiser sailing the seas by way of force and controlling various islands to grant bonuses and provide industrial support.

The game features some very pretty visuals and commanding from the ship’s CIC, you can see crew members working in the background at their respective jobs. The CIC view allows you to handle ship navigation and craft operations as well as dedicated occupied islands to their role (defense, production, research, etc). In this mode you also have a great external view of the ship to show off what exactly is happening to her.

The game also allows commanders to jump to control one of the ships air or landing craft, making it an action title like Battlezone in terms of overall feel. Furthermore, the commander can actually go island-side and the game presents this in the style of a first-person shooter. This varied gameplay helped break up experience and keep things changing and interesting – although, it should be noted that you don’t have to play any of the additional modes you do not wish to. It is entirely possible to play the entire game while commanding from the CIC.

As you capture islands across the archipelago you are fighting around, you can assign them different functions. These functions can be defensive, in which case the island becomes a turret platform. You can also assign them to do things like research. In Carrier Command: Gaea Mission, you will be able to outfit your carrier and craft with new weapons and equipment as you like, so long as you have researched the tech. You can also assign islands to produce replacement craft should your shipboard stores dwindle – just be careful you don’t stretch your supply line too thin as these craft will have to travel from the island to your carrier.

Overall, Carrier Command: Gaea Mission reminds me a lot of a classic naval war games like Harpoon mixed with a game like Total Air War. It has a great mix of sim and action that should please fans of both genres. It accomplishes all this while also being very true to the original title and should be a lot of fun to play when it releases in early 2012. 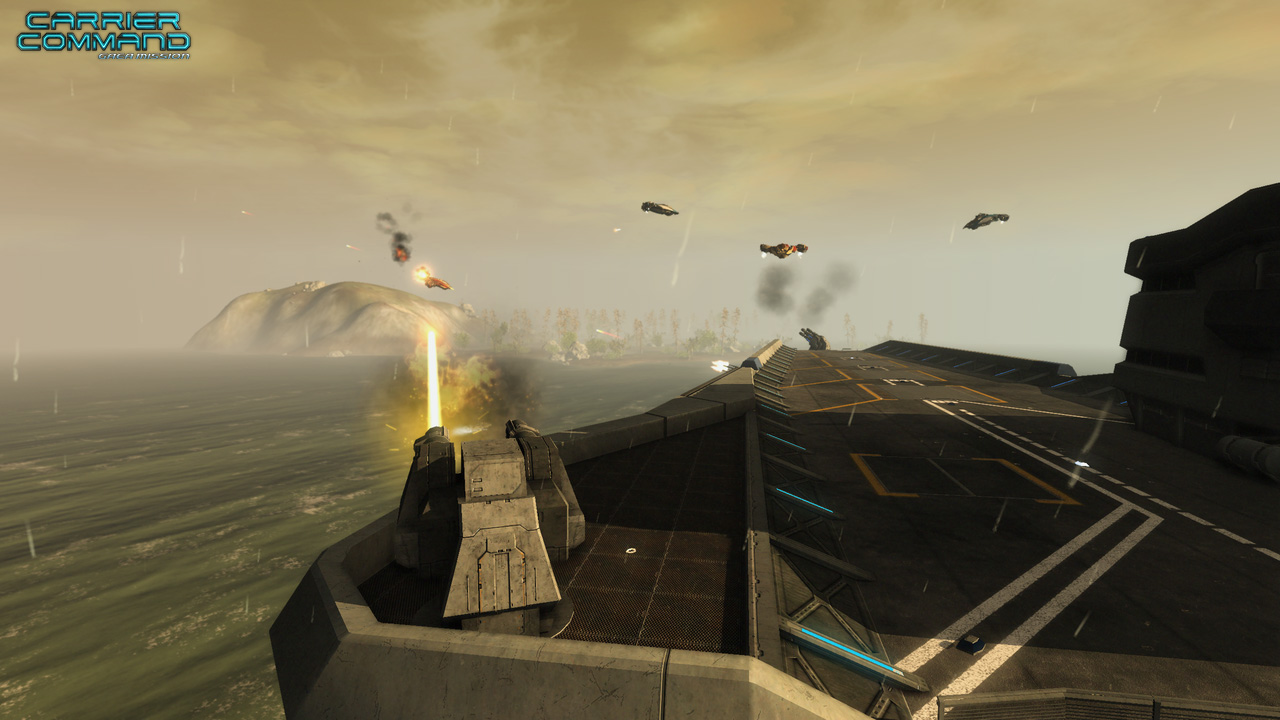 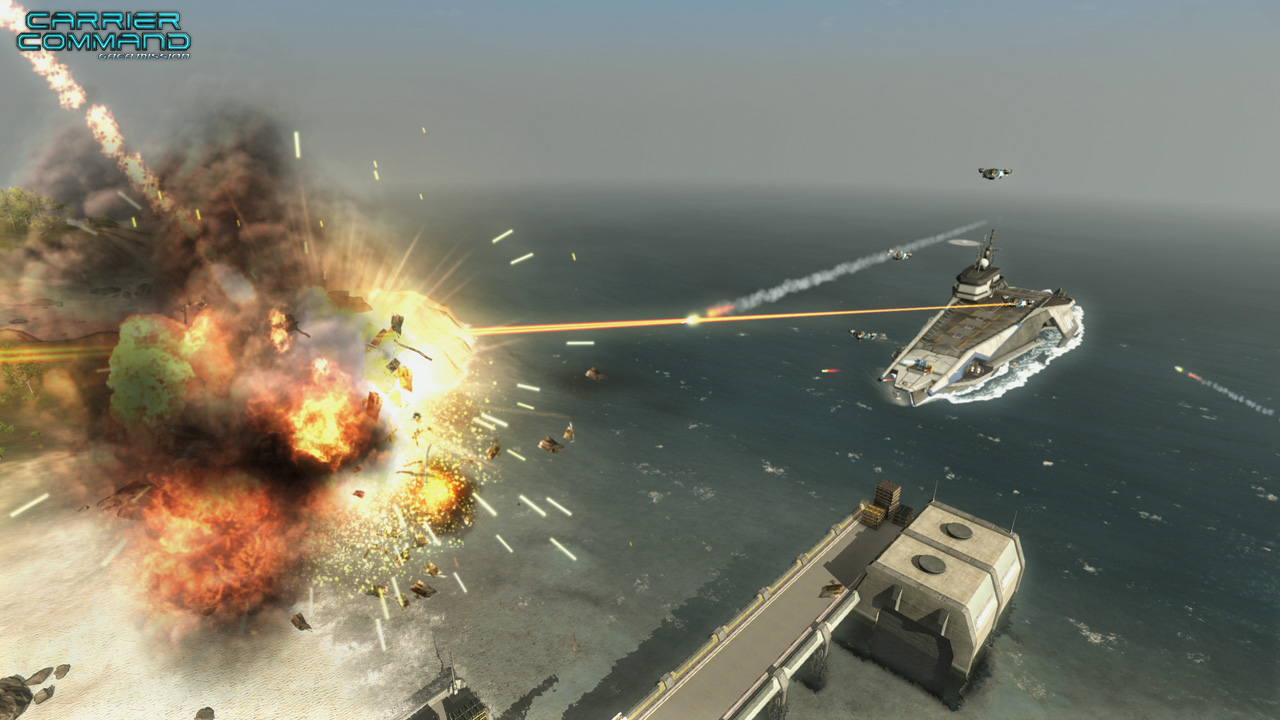 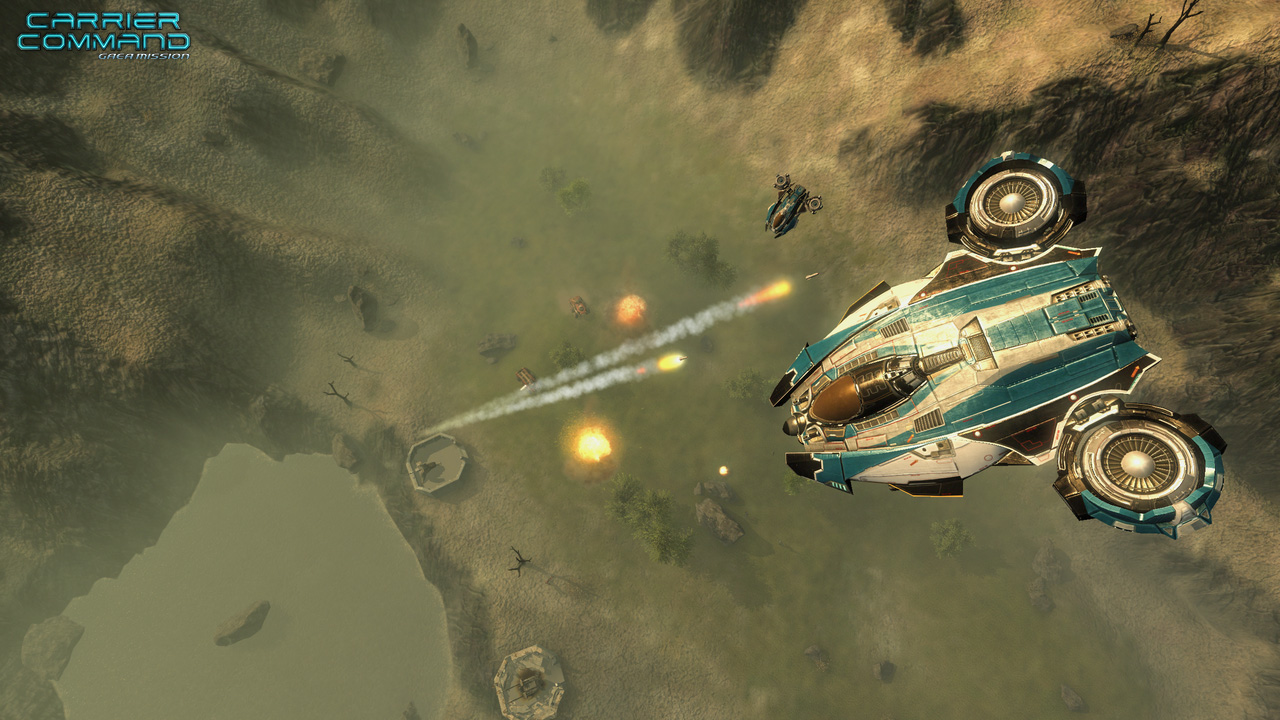