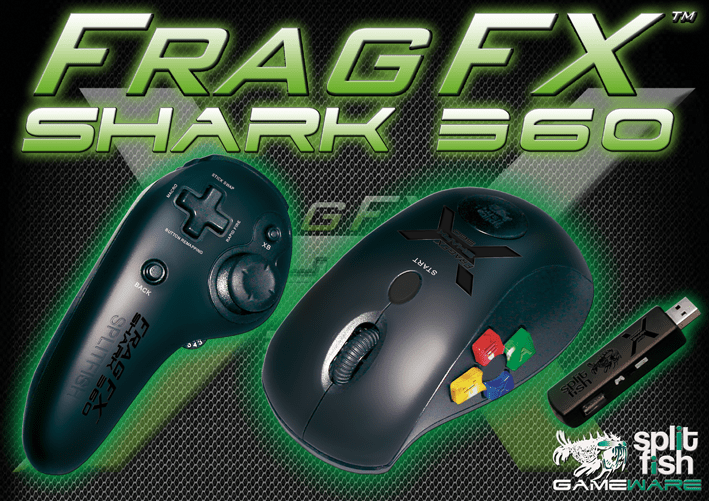 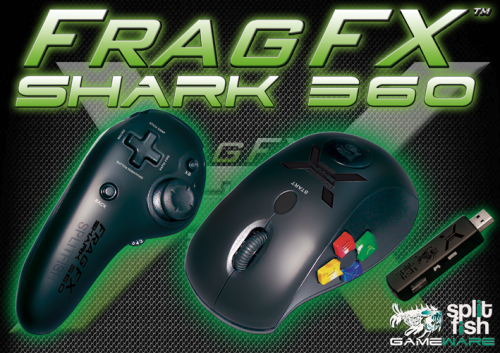 SplitFish has unveiled a new version of their FragFX line of video game controllers – this time, for the Xbox 360. The FragFX Shark 360 runs off of 2 AA batteries and features SplitFish’s mouse and remote control-style setup. The controller is optimized for first-person shooter games, promising to bring PC gaming mouse precision to the console environment. It features 2.4GHz wireless play and up to 500 hours of standby time when not in use.

“The FRAGFX design for XBOX 360 has been the most requested gaming periphery device from FPS gamers by far. We literally have thousands of emails where gamers have inquired about when a FRAGFX SHARK for 360 would be here. Finally it is!”