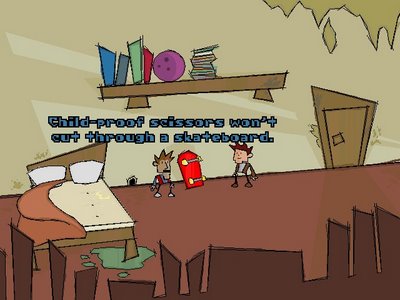 Talented indie developer Zombie Cow Studios, developer of the acclaimed Ben There, Dan That adventure game has closed its doors. Don’t cry as they are not disbanding to the winds but, instead, becoming Size Five Games! They have renamed their studio as they apparently just did not like the name. They are currently working on a new, as-yet unannounced title which they will hopefully be able to reveal soon!

“I’ve always hated the name Zombie Cow,” admitted Dan Marshall, formerly of Zombie Cow Studios, now head honcho at Size Five Games. “You only get one life, and there’s no point going through it unhappy with something if it’s well within your capability to change it. So I’m changing it.”

“That said, this is probably pretty reckless. Zombie Cow was just starting to get a bit of a name for itself. I think it’s fair to say we’re one of the better-known UK developers, so this could be a disaster. Hopefully we’re not going back to Square One. Rest assured that Size Five Games is exactly the same, just with a different name and a trendier website.”