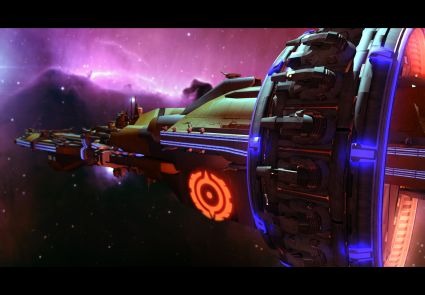 Paradox Interactive has announced their official games lineup for the 2011 Electronic Entertainment Expo in Los Angeles, which is set to run from June 7th through 9th. They are showing a large category of titles, from and RTS game to an RPG to even a Tower Defense game.

King Arthur II (PC, Role-playing Wargame)
This fantasy/role-playing RTS returns in a sequel long after young Arthur pulled the enchanted sword out of the stone, gathered the Knights of the Round Table and secured peace in Camelot aided with the might of the Holy Grail. Where legends normally end, King Arthur II begins on its own gruesome tale…

King Arthur II is scheduled for released in Q3, 2011

Sword of the Stars II: Lords of Winter is scheduled for released in Q3, 2011

Crusader Kings II (PC, Strategy, RPG)
Europe is in turmoil. The lands are fragmented into fiefs, the emperor struggles with the Pope, and the Holy Father declares that all those who go to liberate the Holy Land will be freed of their sins. Now is the time for greatness. Increase your lands and fill your coffers. Appoint vassals, battle traitors and introduce laws while interacting with hundreds of nobles to create the most powerful realm in medieval Europe.

Defenders of Ardania is scheduled for release Q3, 2011

Magicka (PC, Action/Adventure)
Magicka is a satirical action-adventure game set in a rich fantasy world based on Norse mythology. The player assumes the role of a wizard from a sacred order tasked with stopping an evil sorcerer who has thrown the world into turmoil. In Magicka, up to four players take on a grand adventure to save their world from certain doom using a fully dynamic spell system.