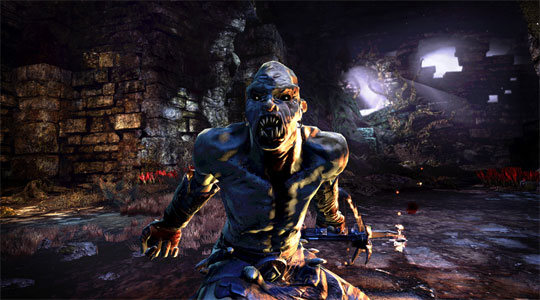 Bethesda Softworks and inXile Entertainment have released a new behind-the-scenes video for their upcoming third-person actioner, Hunted: The Demon’s Forge. Due out on May 31st, 2011 for the Xbox 360, PlayStation 3, and Windows PC platforms the game puts players in control of two very different types of warriors. The game will feature both singleplayer and cooperative play.