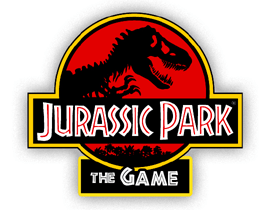 Telltale Games CEO, Dan Connors, has released an official statement regarding their upcoming video game based on the hit film series, Jurassic Park. The game, which was supposed to be released this month on the Windows PC platform, will instead be released this Fall for ‘every platform’ (which, while not mentioned in the release is most likely the Windows and Mac PC platforms as well as iOS. The reason for the delay, according to Connors, is simply so that they can make sure the game provides the best gaming experience possible for the players. Customers who pre-ordered the game will be issued a 100% refund on their purchase as well as their choice of any Telltale Game, free of charge!

I’d like to thank you for your continued support of Telltale Games and in particular for pre-ordering Jurassic Park: The Game for the PC. We expect 2011 to be big year for us with lots of exciting changes ahead and we couldn’t be doing it without the support of great customers like you. With Jurassic Park: The Game, in particular, we are moving in new directions, expanding our game mechanics and pushing our storytelling beyond anything you’ve seen from us before.

Our goal was to release the first episode of Jurassic Park: The Game this month, and currently we are very excited about how the game’s creation is progressing.  The game’s mechanics and storytelling have come together in such a way that we see great potential, so much so that we feel we can push these elements to the next level if we spend some extra time working on them.  It is because of this that we are delaying Jurassic Park: The Game on PC to ensure PC players get the best possible gaming experience.

We’ll be investing the extra time into making the game great and it will be released simultaneously on every platform this fall. We regret any disappointment on the part of our fans but we are confident you’ll be pleased with our decision when the game comes out.

This has been a hard choice for us, but it is the right decision. To thank you for your continued support of Telltale and for your pre-order for Jurassic Park: The Game we are going to issue you a 100% refund. In addition to your refund, we are also giving you your choice of any Telltale game free of charge because you are important to us. We will begin issuing the refunds over the next couple of days and will reach out to you with information via email on how to get your free game.