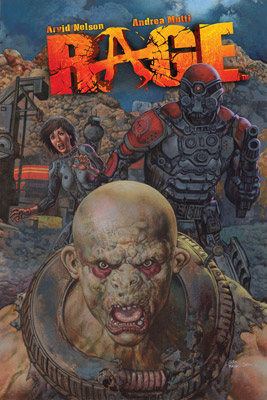 Bethesda Softworks and id Software have announced that their upcoming shooter, RAGE, will be made into a comic book series. The three-issue series will begin distribution on June 22nd. The RAGE comic series is being written by Arvid Nelsion (Rex Mundi), and penciled by Andrea Mutti (DMZ). The cover art is being created by Glenn Fabry (Hellblazer, Preacher). RAGE, the game, is due out on September 13th.

Checkout a larger version of the cover art, After the Break!