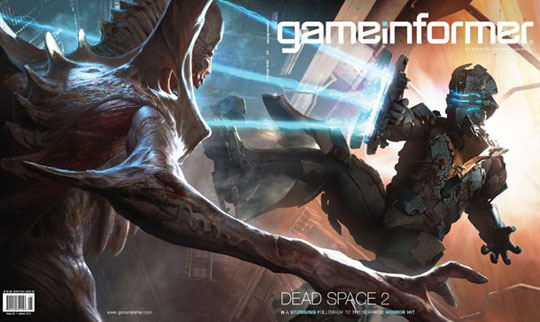 Magazine Game Informer has let slip the cover to their upcoming January issue, which features a front and back panel of Dead Space 2 protagonist, Isaac Clarke, fighting a necromorph. Most interesting in this spread, however, is the character’s new armor design, which has a much more aggressive look than the designs in the first game.