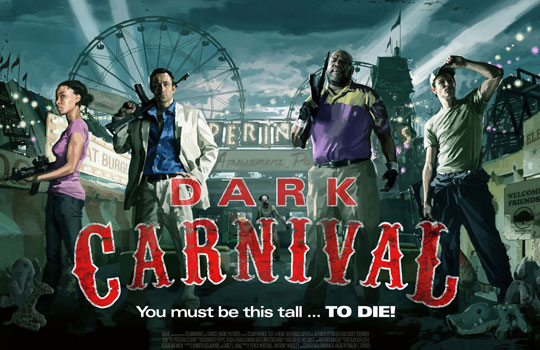 In celebration of the first day of the 2009 Penny Arcade Expo, Valve Software has unveiled the next of its Left 4 Dead 2 campaigns. This one, titled ‘Dark Carnival’ will take place, not surprisingly, in a zombie-infested carnival (at least some of the time). While Valve teased us with this campaign recently, with this full reveal we have learned that other new features include the ‘Jockey’ – a special zombie which climbs onto the back of its victim, controlling them as it attacks! Left 4 Dead 2 is scheduled for release on November 17th for the Xbox 360 and PC platforms.

Check out another image from Dark Carnival After the Break! 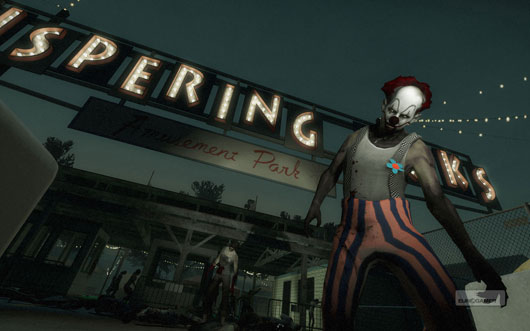