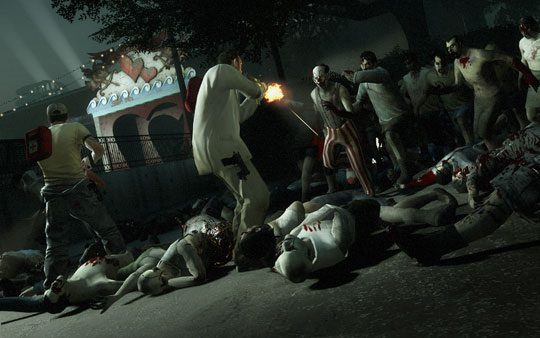 Valve has announced it will unveil the next chapter in its upcoming Left 4 Dead 2, called ‘Dark Carnival’, at this year’s PAX event which runs from September 4th through 6th. In celebration of this announcement, they have released a teaser screenshot (see above) showing some very creepy clown zombies.

Also, for you Left 4 Dead fans who may have missed the news – earlier this month Valve unveiled a new downloadable campaign for the original game called ‘Crash Course’.