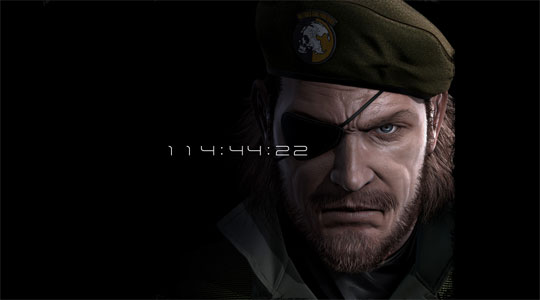 Not only is the countdown timer we have been watching at the teaser site for Kojima’s next project concluded with yet another countdown timer, but now we are privy to a new letter sequence as well as the dead-giveaway flash of Big Boss’ face! Well, it looks a ton like Big Boss, so we are going with it until we hear otherwise.

The letters also read PS3 (or P53 but that makes less sense). All this definitely adds up to a new MGS title, but it remains to be seen whether or not it will focus on Snake or someone else. Also, if the letter sequence is right it looks to be a PS3 (timed) exclusive.

E3 is right around the corner so stay-tuned!