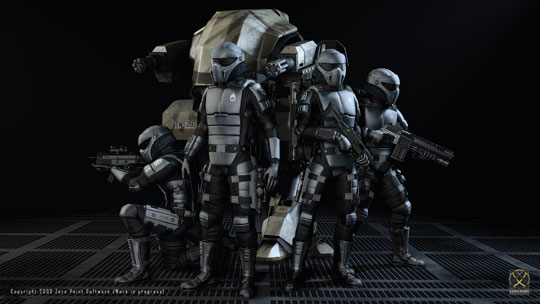 Zero Point Software has released the first ever in-game screenshot from their long in-development Interstellar Marines. For you gamers out there who have not heard of this title, Interstellar Marines is an attempt to create a realistic vision of how marines would operate in the harsh environment of the future, in zero-G as well as in spaceships and on alien worlds.

In addition, check out the first in-game engine footage of the staging for the photo taken above after the break!
In addition, they posted a new video showing off in-game animations setting up the photo above: