Logitech has been creating PC peripherals since 1981. In fact, one of the first gaming peripherals I ever owned was a Logitech T-CM14 trackball, with which I owned the skies in Sierra/Dynamix’ Tribes. Of course, there have been other peripherals in my gaming history, but Logitech has always been there in some capacity. They have had their fingers on the gaming populace’s pulse for some time now and their latest flagship product offering, the G19 Gaming Keyboard, shows they still have it where it counts. 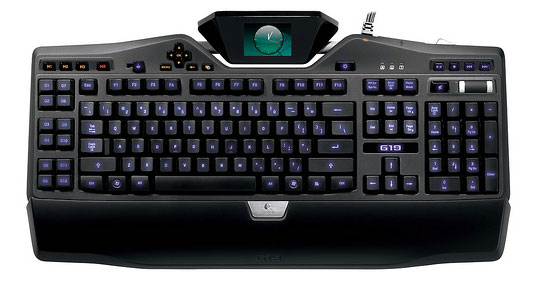 The G19 is the continuation of the LCD-equipped gaming keyboard line started with the G15. The G19 has a much sleeker design, with a ‘sexy’ black plastic exterior and silver Logitech logo plate on the wrist rest. The aforementioned screen on the keyboard is a 320×240 LCD and is really the centerpiece of the keyboard. The ‘GamePanel’ screen allows players to see critical information from the game(s) they are playing so long as the game has been set up to use the LCD. If you are playing something that does not make use of the screen, fear not, as Logitech includes a bunch of GamePanel applications such as an RSS reader, CPU/Memory monitor, and even YouTube player. That’s right, you can actually play YouTube video on your keyboard! At the time of this writing, being that the G19 is not technically out yet, Logitech is being pretty mum on what games will support the GamePanel LCD. The only one so far confirmed to us is World of Warcraft, which will allow you to do cool things like look at your wait queue status, battleground info, etc.

Logitech has also added a Windows/Gaming mode slider key that disables the Windows button should you be of the type of gamer who accidentally presses it during play sessions, costing precious lives and potentially endangering the whole planet. I won’t mention any names…

The G19 is different also in that it comes with its own AC adapter. The adapter plugs into a cable that is tethered with the USB cable. The power provided by the adapter not only powers the screen but also allows the G19 to use devices in its two USB ports that requre additional power. This is an exceptional feature to have an can eliminate the need to have an extra USB hub lying about, freeing up much-needed desktop space.

For fans of creating your own keyboard macros, the G19 has 12 macro keys layed out in three groups of four. You can also program three different, selectable profiles allowing up to 36 different combinations to choose from. Logitech’s included software allows for easy editing of the macros in a very user friendly interface.

Under the standard media keys on the upper right quadrant of the keyboard you will find the mute key and volume roller. Logitech’s volume control on the G19 is an actual roller. The volume roller takes a bit of getting used to and seems to be meant almost for small adjustments. This is partly due to the fact that Logitech did not want you blowing your eardrums out by accidentally swiping the roller with your hand. So, rest easy my little ear drums… The inner ear is safe tonight, thanks to the gaming peripheral power of Logitech!

To the right of the Windows/Gaming mode slider you will find the controls for the GamePanel screen. The directional keys control the current app you are using as well as switching between available apps. One nice thing about the GamePanel system is the cross communication between the keyboard and PC. If you see a story you like on your RSS reader and want to visit the source, simply hit the ‘ok’ center button in the directional controls. Your PC will open up a browser window with the source site in the address bar. The same thing applies to the GamePanel YouTube browser, if you want to see the vid on your PC, just hit ‘ok’. Of course, this could cause some problems if you are in the middle of a game which does not use the GamePanel LCD, but I digress: Watch what you are touching! 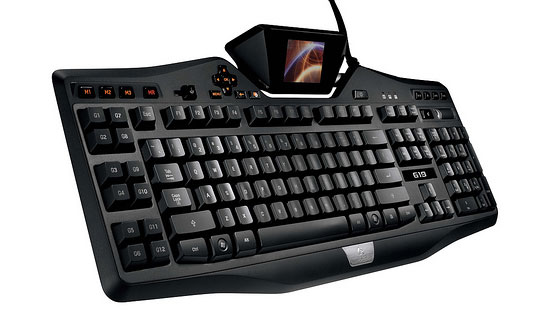 Being a huge Fallout 3 fan and known that I would be reviewing the new DLC pack, ‘The Pitt’, I figured that would be a good place to start using the G19. The keyboard performs very well in first-person shooters with smooth key action that is neither too hard nor too soft. I have had the displeasure of using some heavy-duty metal keyboards and such material makes your fingertips numb after a while. Not the case here, I am thankful for. As the day slid into night, I switched on the keyboard’s power button and the GamePanel LCD came to life as did the white backlighting of the keys. I have to applaud Logitech for just using soft white lights as opposed to some gimmicky red or blue like you find in most other gaming keyboards. Not to say that red or blue is necessarily ‘bad’. It is just nice to see something fresh and different.

The biggest hurdle for the G19 to overcome is its $199 dollar price point. The keyboard is definitely targeted towards hardcore gamers, but every hardcore gamer I know is having money issues at the moment so I do not know how the product will do. The G11 is going for $69.99 while the mid-level G15 is going for $99. Perhaps another jump of thirty dollars would be sufficient? The G19 at $129 or $139 would be far more palatable to consumers.

Price point aside, we would highly recommend the Logitech G19 Gaming Keyboard for the hardcore gamer out there. It has a great action, good amount of macro keys, powered USB ports, Windows/Gaming mode slider, and a whole lot more. Average users will probably not find as much use for all of its gamer-centric features and would be better off with the G11 or one of Logitech’s ‘standard’ keyboards. However, if you are a hardcore gamer looking for an exceptional gaming keyboard, start saving your pennies now and get yourself a G19. 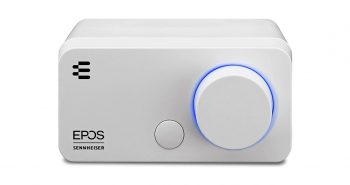